Side One: -
David Bowie: The London Boys
Dobie Gray: The "In" Crowd 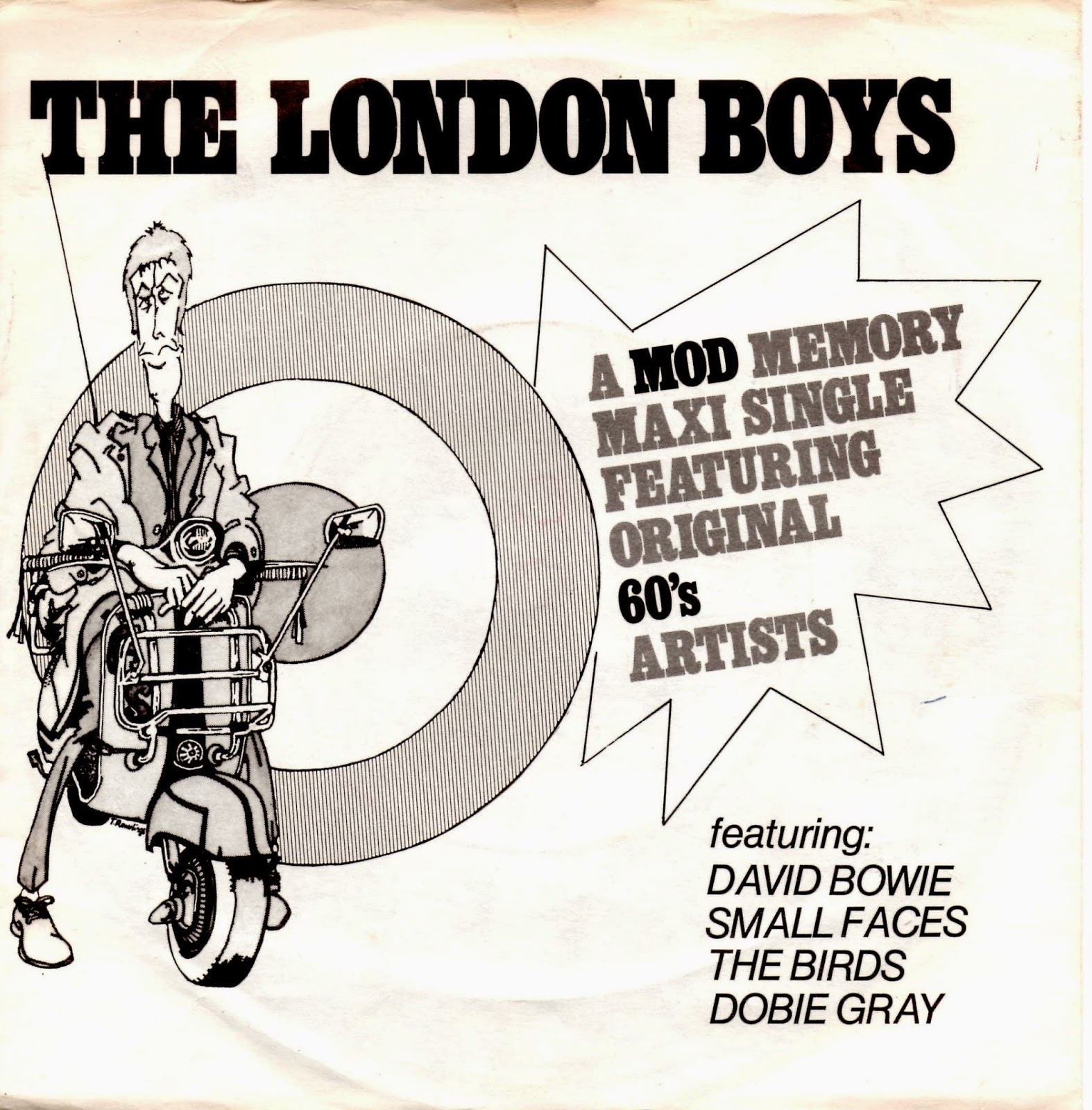 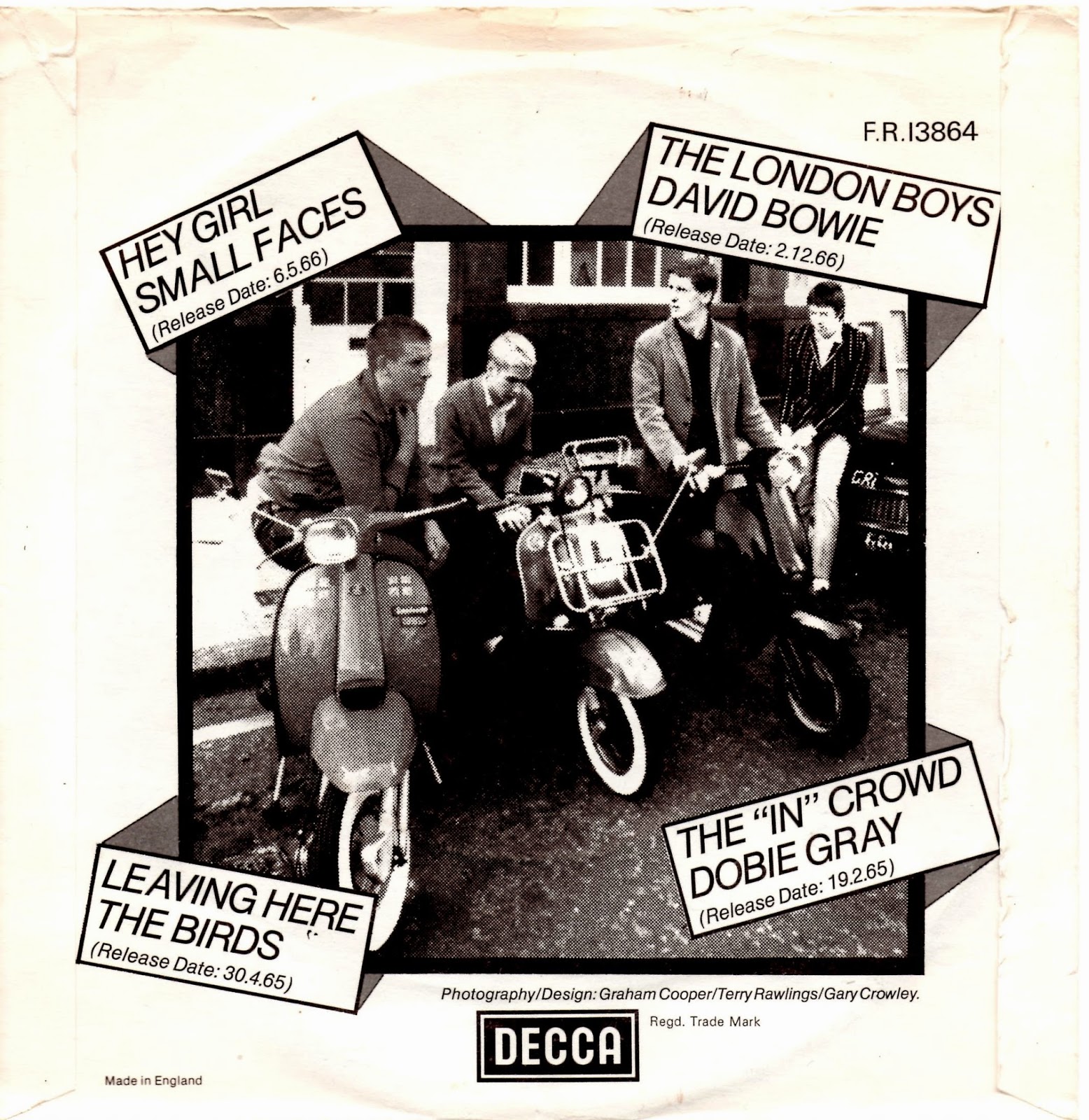 Looking today at this 1980 EP featuring 4 faves then current with the revived Mod scene from the late 70's, compiled by Gary Crowley (remember him) and a few like-minded individuals.  Just one quibble with the sleeve blub.  This has 4 tracks which makes it an EP rather than a Maxi Single, having said that it does an alittrative ring to to it. 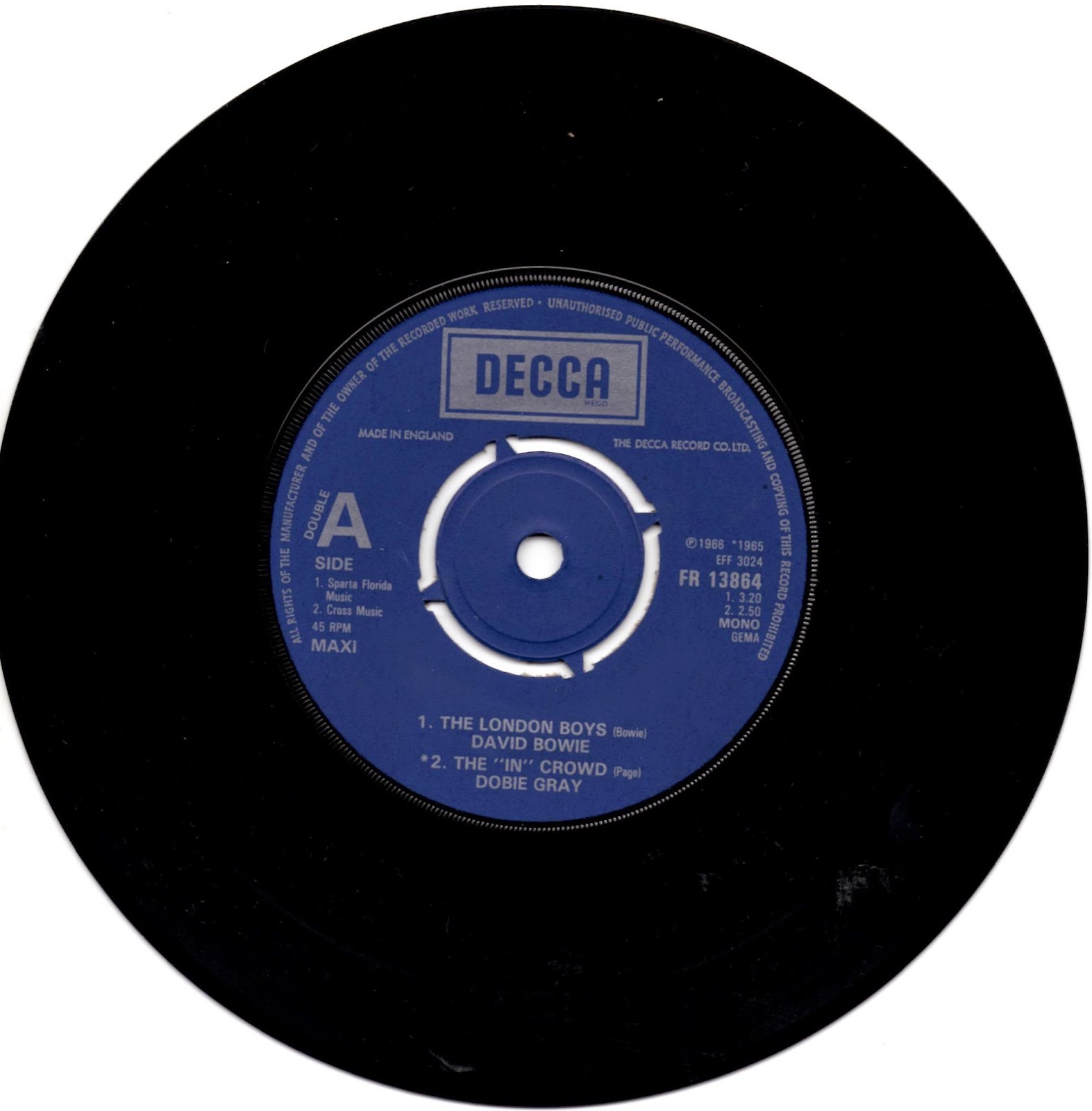 Anyway onto the most important thing - the music!  Side One opens with the title track, Bowie's 1966 masterpiece that is 'The London Boys".  It's probably the first of Bowie's song dealing with alienation, and the fag of the Mod dream (fag being used here in the British rather the US context) where maybe it's not really all it's cracked up to be.  Next up is Dobie Gray's classic "The "In" Crowd" and of those tunes that quite happily made the transition from the Mod to the Northern Soul scene.  And rather fine it is too! 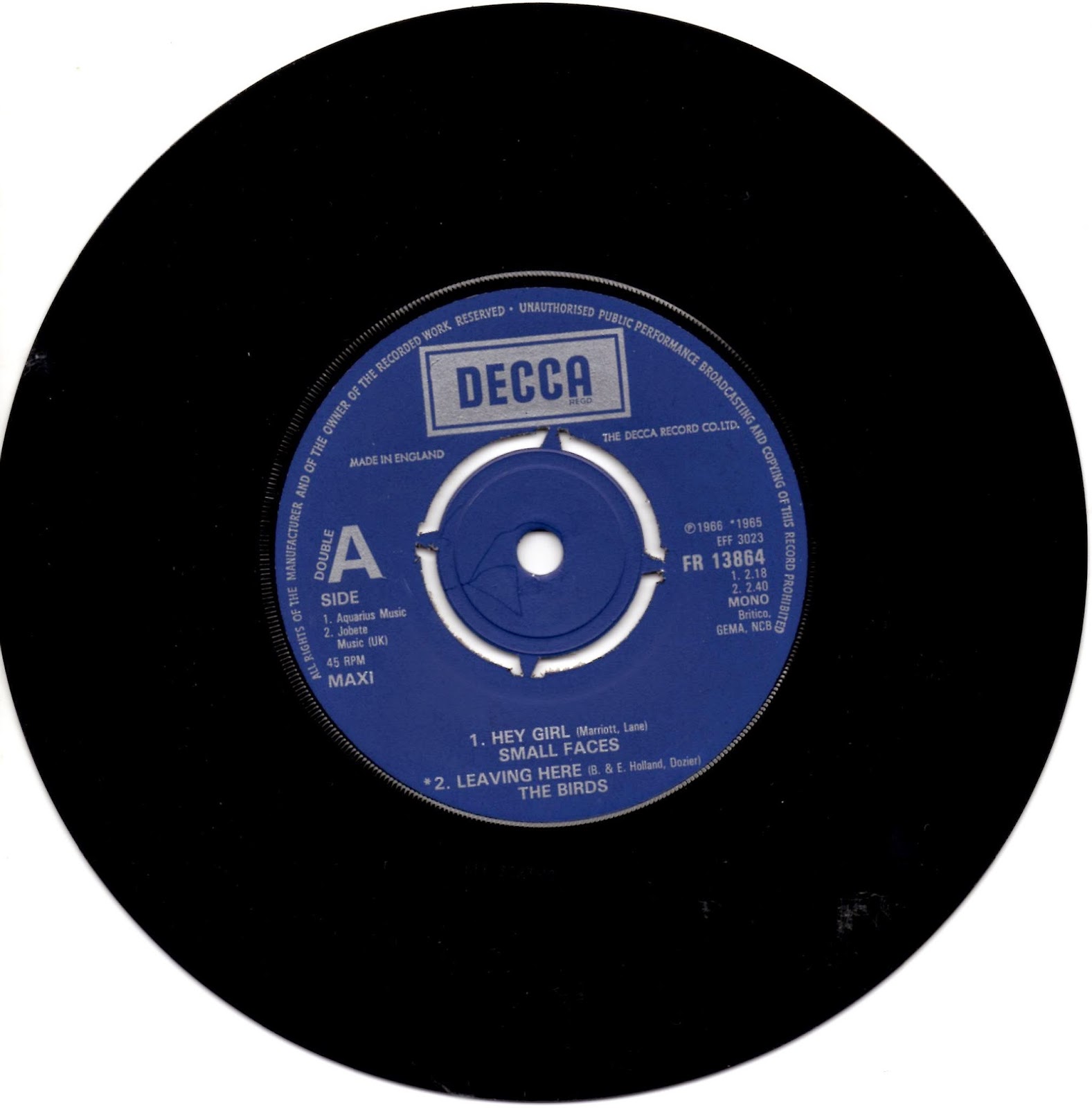 Side Two has another brace of fine tunes.  Starting off the Small Faces' rather excellent "Hey Girl" from 1966, which sees Steve Marriott and co in particularly fine form.  The proceedings are rounded off with the band that introduced the world to the talents of Ronnie - The Birds and their version of Eddie Holland's "Leaving Here".  It's one of those tracks that I'd tend to associate more with Freakbeat - but that's the great that a song can be picked on one music scene/genre whilst quite happily associated with another one at the time.  The only other example of that i can think of is The Seeds 'Pushin' Too Hard' which works both as a Psyche tune as well a Northern track!
Posted by BrianW at 10:46 No comments: