SHAKIN' ALL OVER - A BRITISH ROCK 'N' ROLL CLASSIC 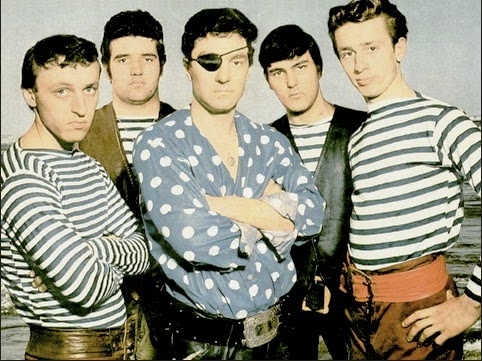 Last post of 2014 - and hoping all you out there in blog-sphere have had a excellent festive period!  Looking today at what has to be a prime chunk of bona fide British Rock 'n' Roll.  Namely this 1960 classic from Johnny Kidd & The Pirates. 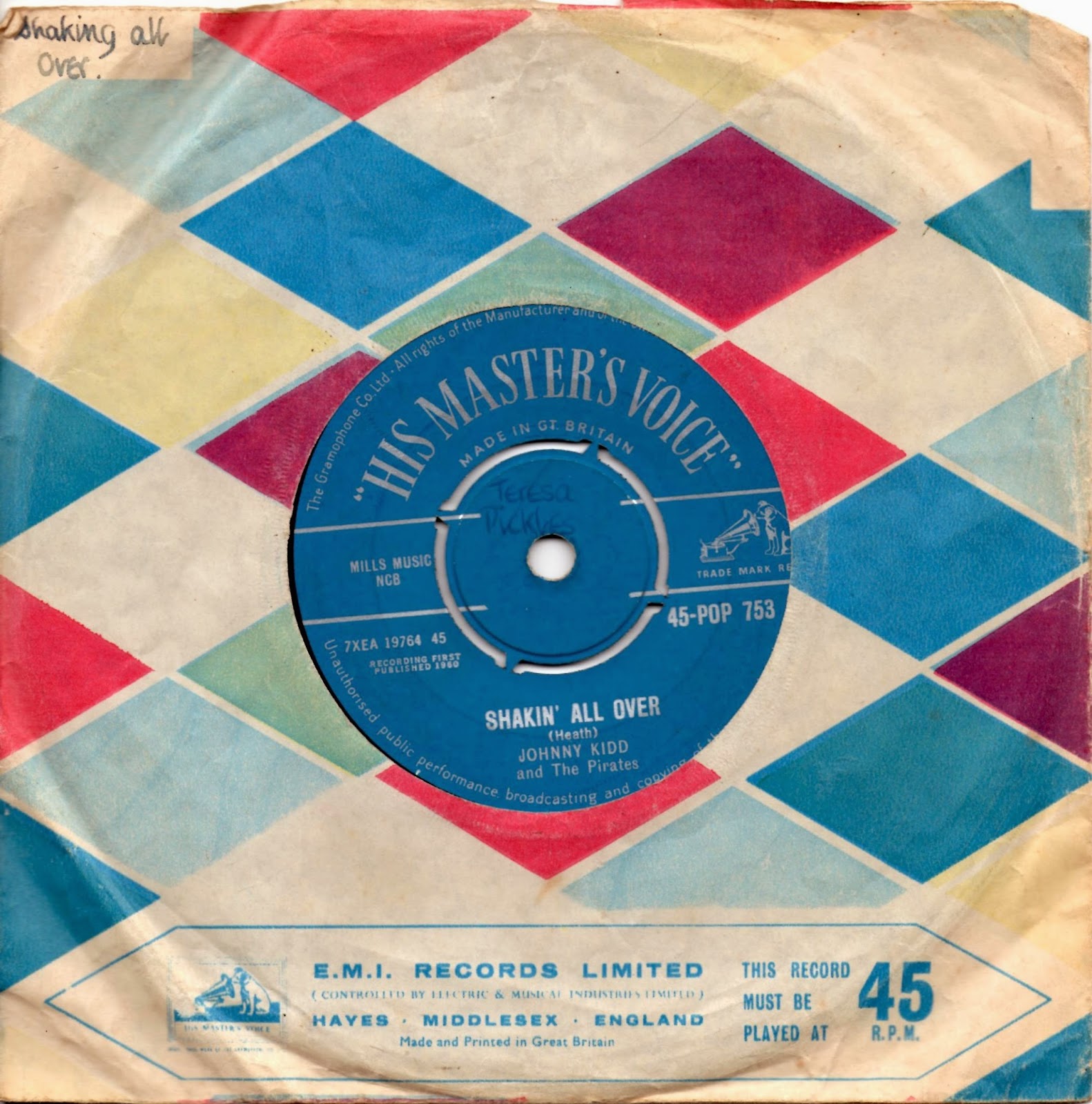 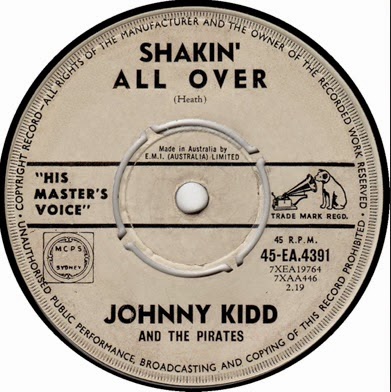 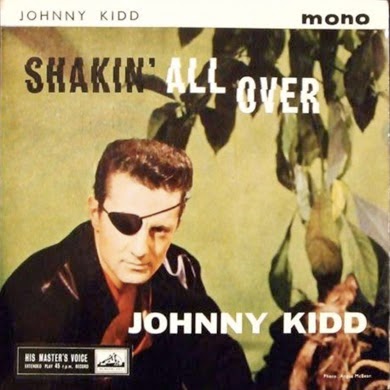 The A Side gives you what has to be one of the best bits of home-grown Rock 'n' Roll (yes I know I'm repeating myself but it's a point worth making!) in the shape of "Shakin' All Over".  So what it makes it a classic?  For starters there's that opening guitar riff courtesy of Joe Moretti.  Then there's that clear, clean production - with not a single angelic chorus, or string section in sight.  In short everything a Rock 'n' Roll record should be. 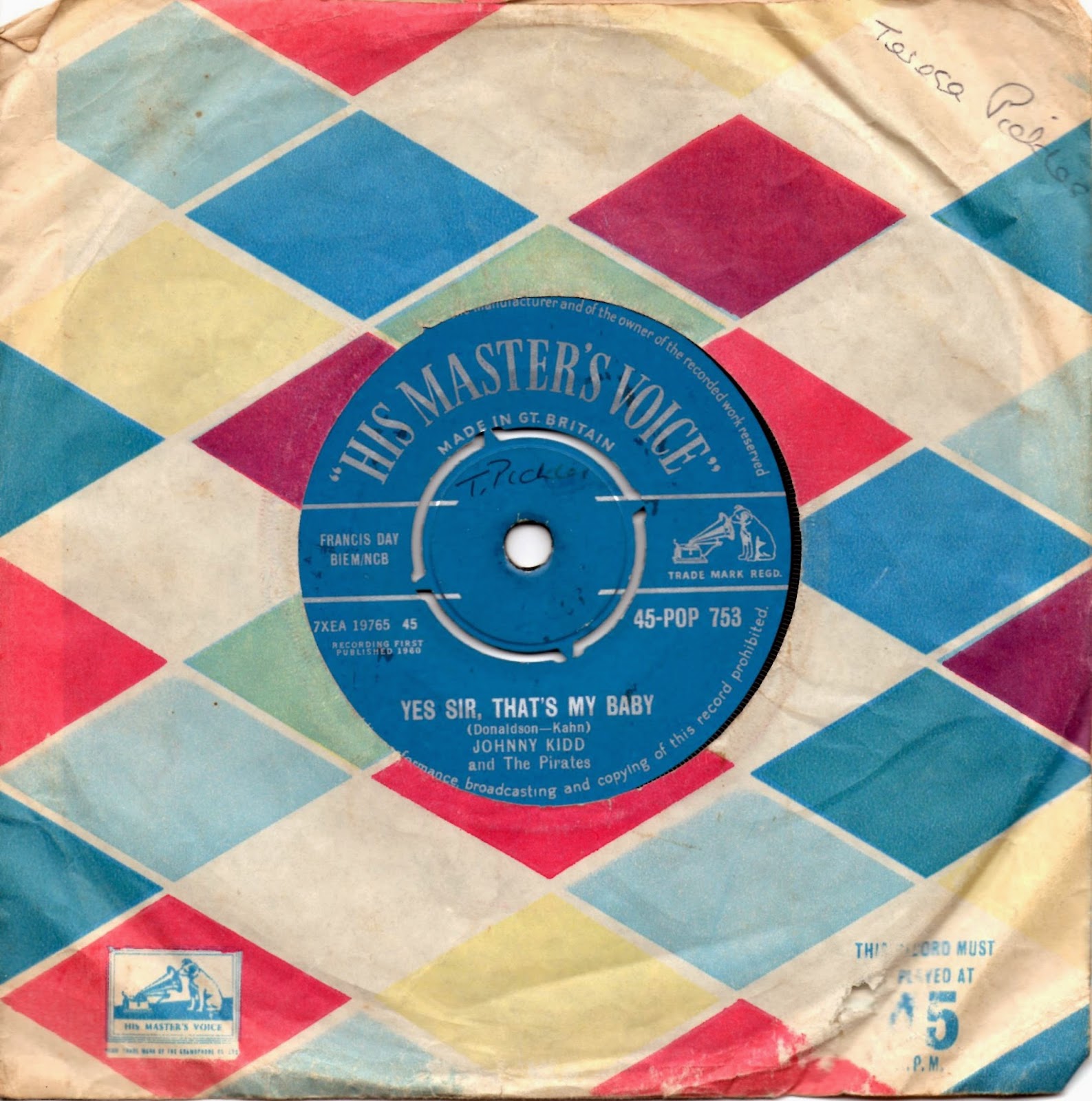 And from the sublime to the downright bloody awful - as the B Side gives you the kitch-fest that is "Yes Sir, That's My Baby".  Which needs to be avoided like the plague!  Just wondering if that was the trade off with EMI - allowing them to do their own thing with the A Side, and then having to record this drivel for the B Side.  It's the type of thing that appears on the 'Can't Believe It's Not Better' slot on Graham Norton's radio show.

I DON'T WHY - STEVIE WONDER'S FORGOTTON A SIDE

Carrying on the theme of singles flipped in favour of their B Sides which I mentioned in connection with the recent Shirelles post, looking today at what's probably one of the classic cases of this happening.  This 1969 offering from Stevie Wonder. 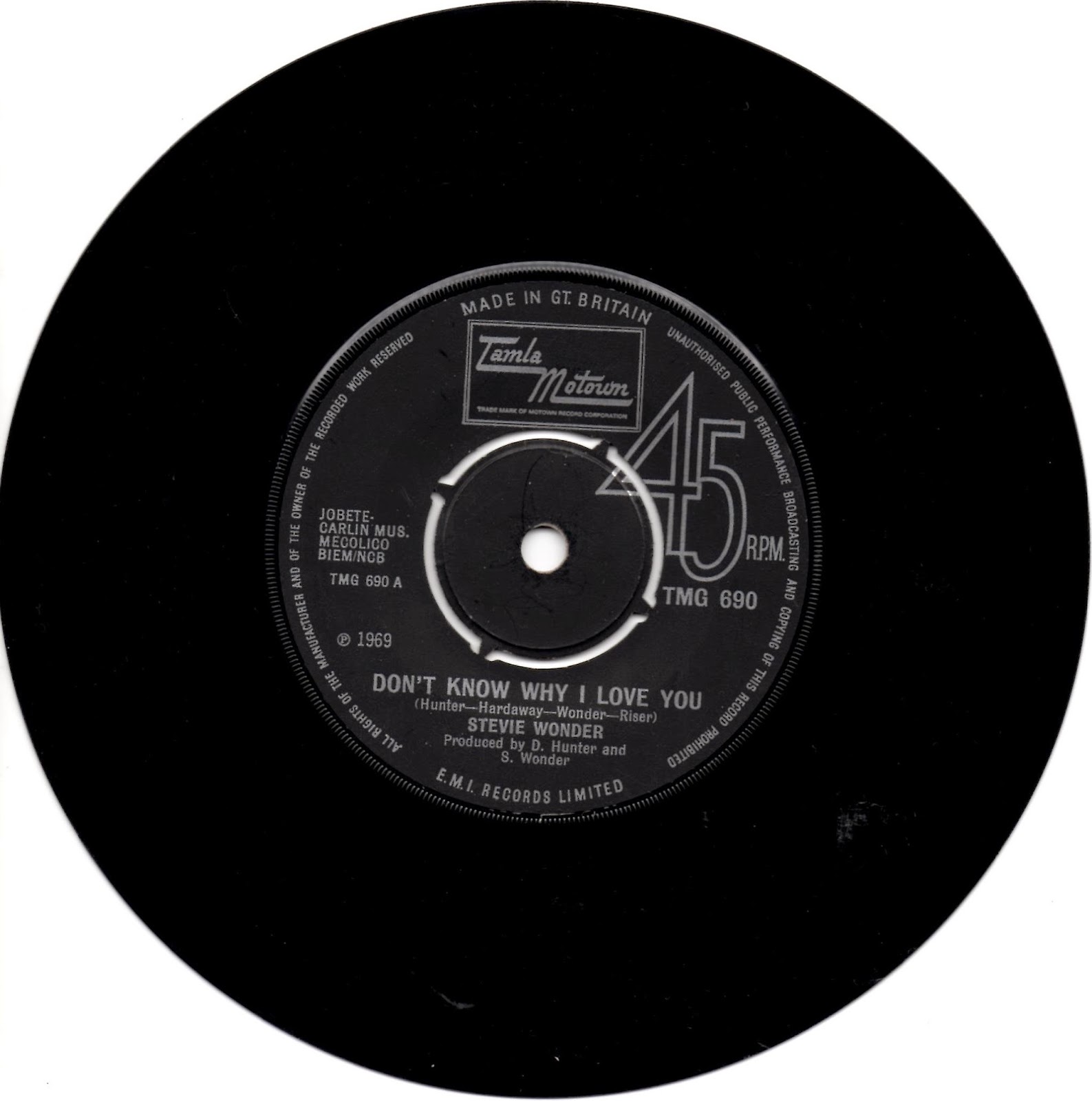 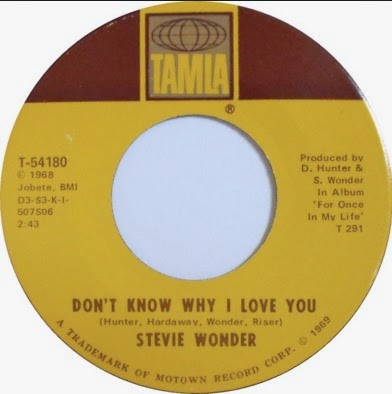 The A Side as it was originally issued is the rather excellent "I Don't Why I Love You".  Which finds Stevie Wonder in fine form on this excellent bit of late 60's Soul/Funk - and you can hear creative muscles beginning to be flexed - as the bosses at Motown were beginning to be aware of just what this blind kid was capable of.  I actually came to the song via the Stones cover of it that surfaced on the mid-70's 'Metamorphosis' set which they'd recorded around the time this came out - ie 1969 when their relationship with Decca had soured somewhat. 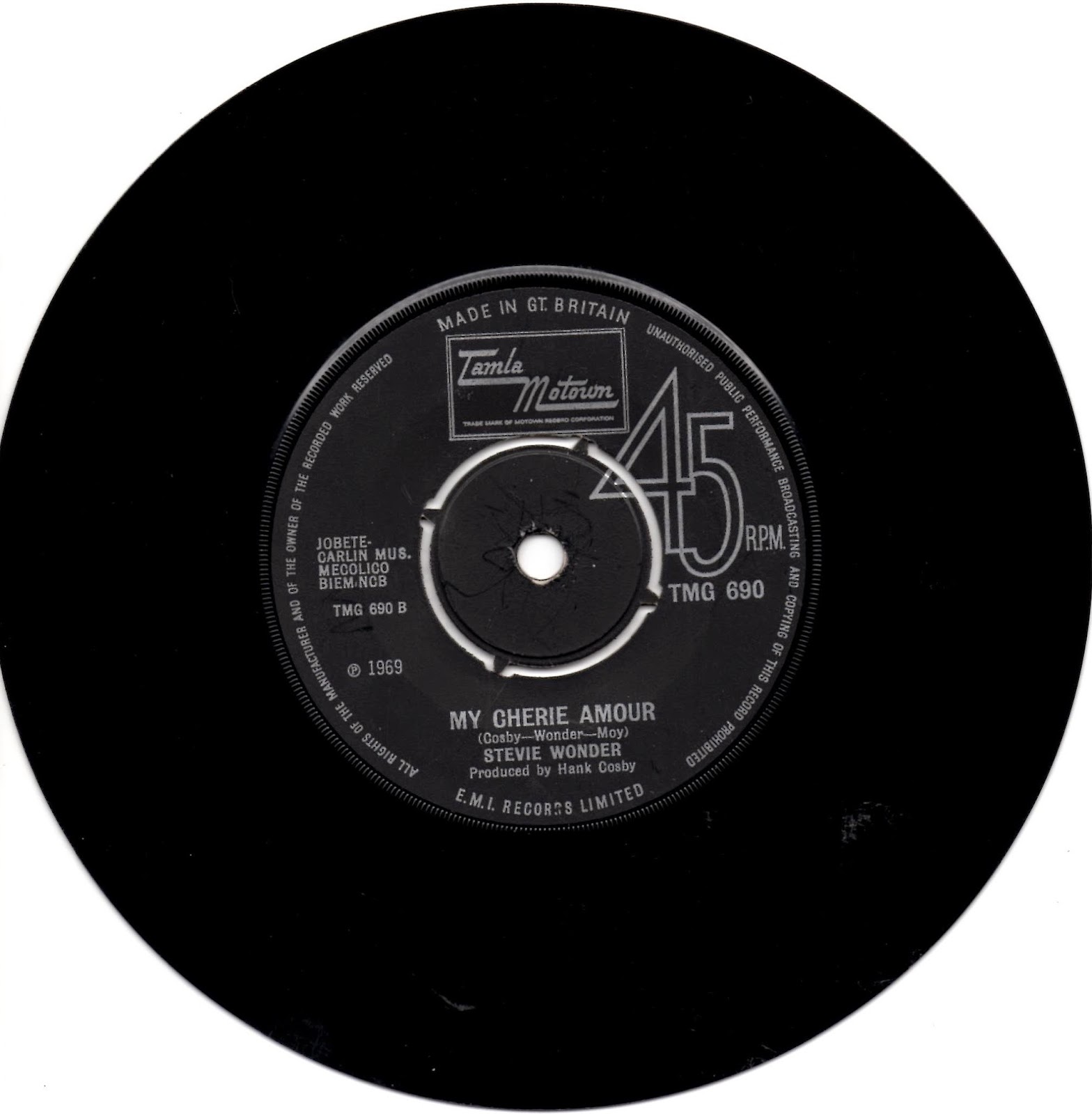 And what's on the B Side you may ask?  Only what went on to become one of Stevie Wonder's biggest ever hits. A little ditty entitled "My Cherie Amour".  Still prefer the A Side though! 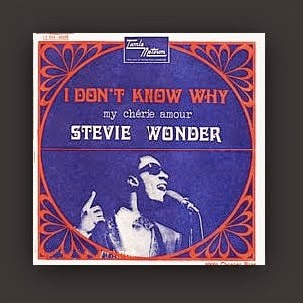 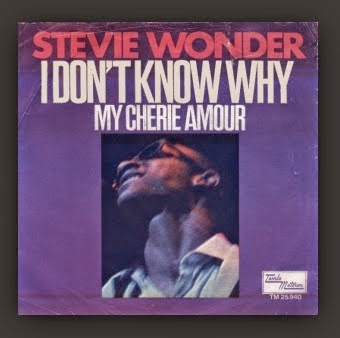 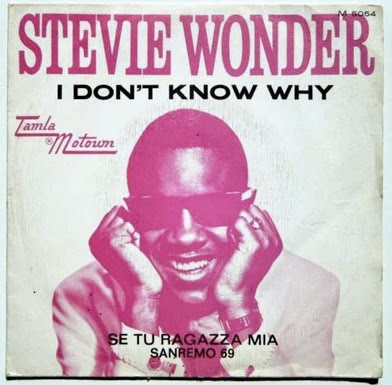