BOWIE, BERLIN AND THE 3 HEROES 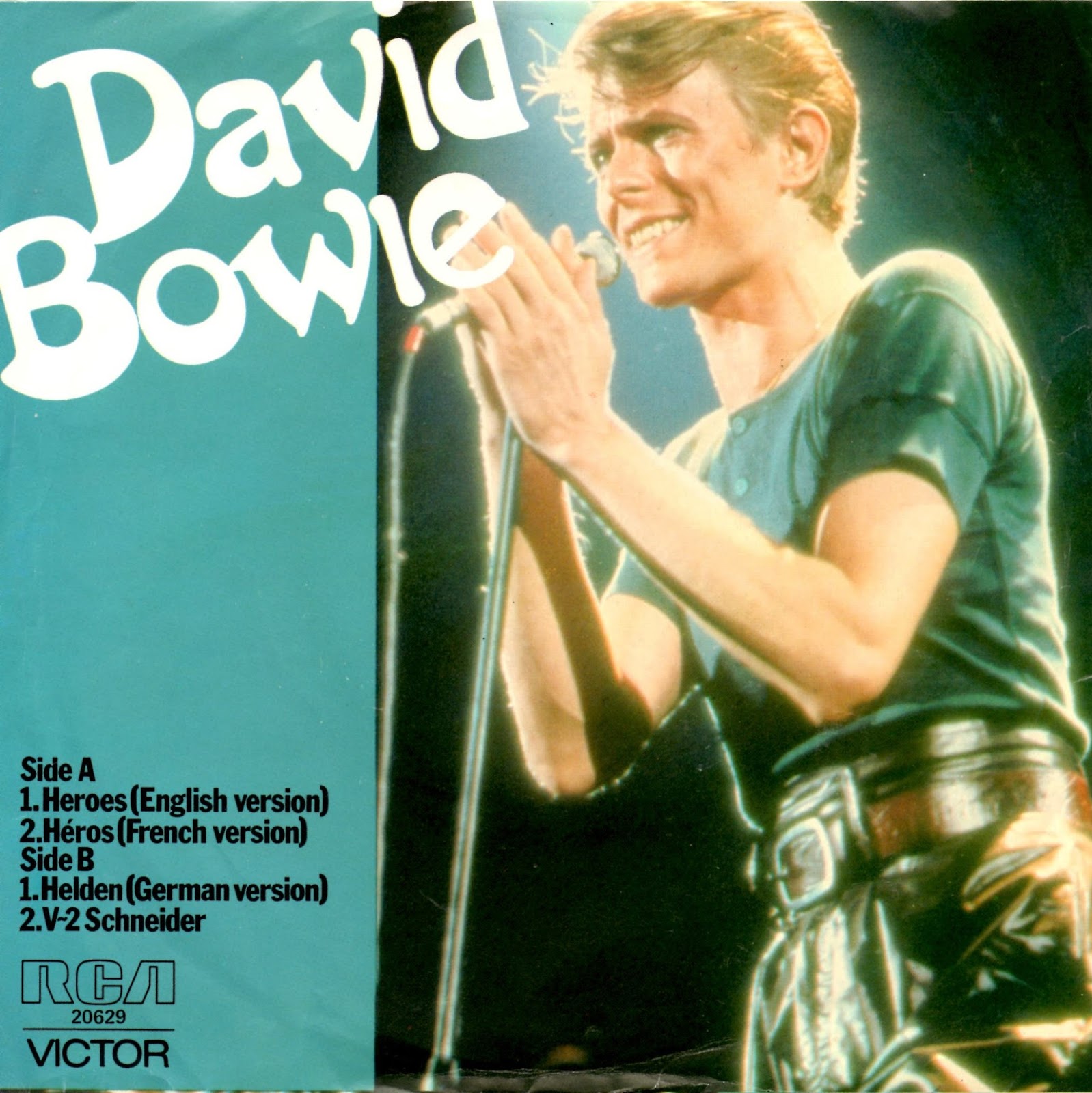 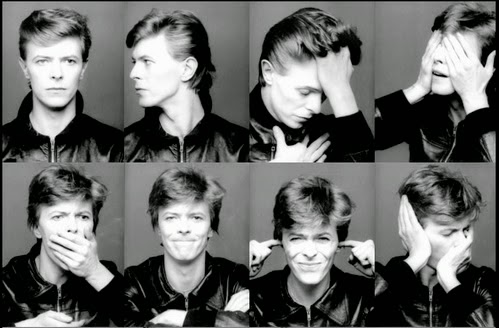 Inspired to do this post on after seeing BBC Newsnight last Friday - and their coverage of the 25th Anniversary of the Berlin Wall coming down and guess whose song they used? Yep Bowie's anthem from his 2nd LP from 1977 - "Heroes". 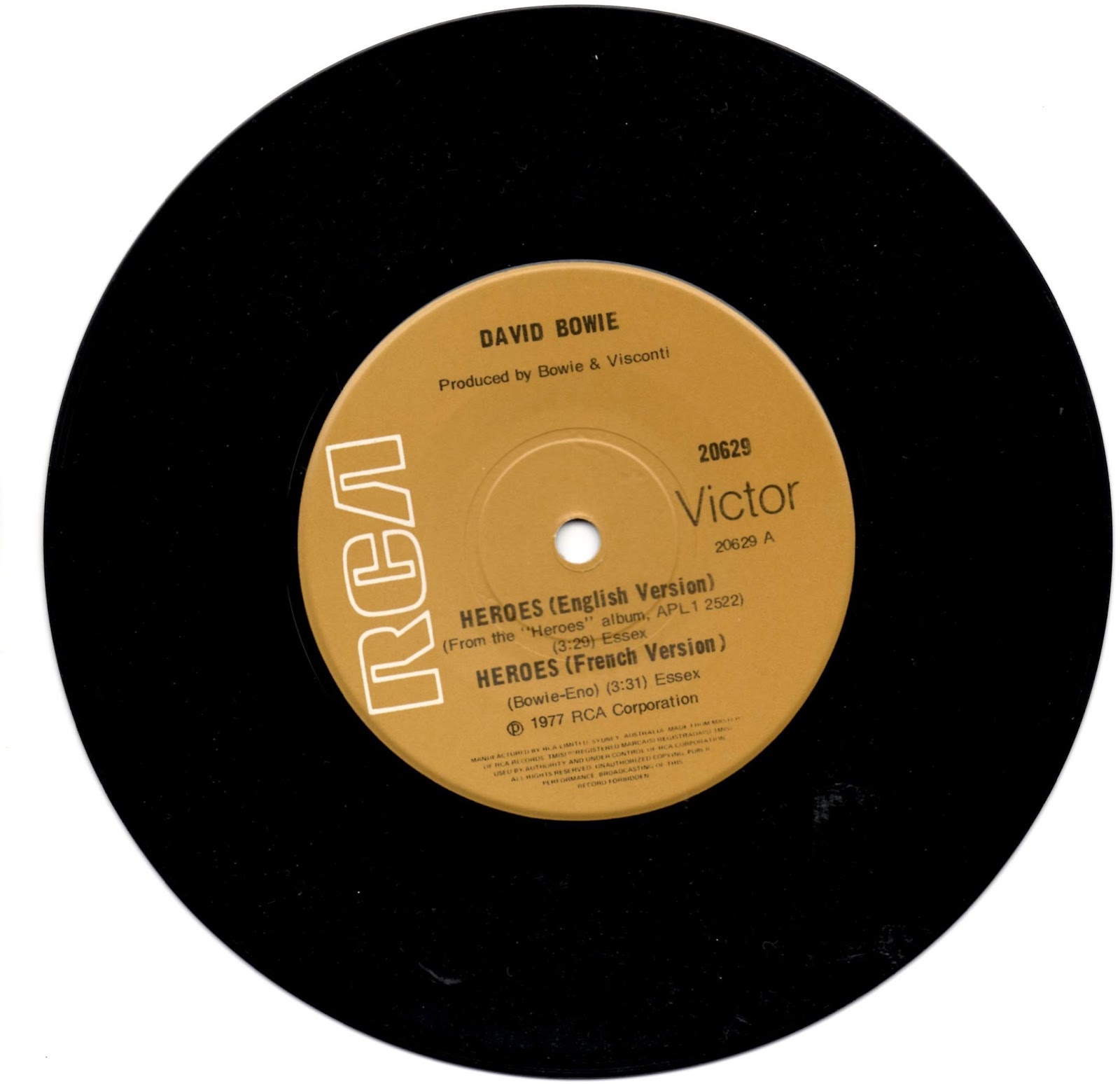 So as a result of that, I'm today looking the 1980 Aussie EP that pulls together all three versions of the song.  Side One kicks off with the original English version - and one of those songs that can justifieably be called a classic! Next up is the less than brilliant french version - mainly due our David's french phrasing being ropy at best, and best regarded as acollectionj filler to be honest. 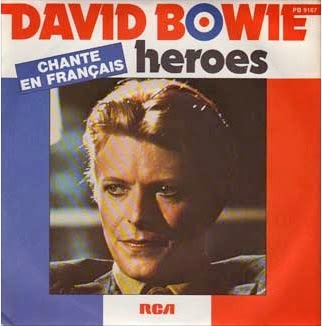 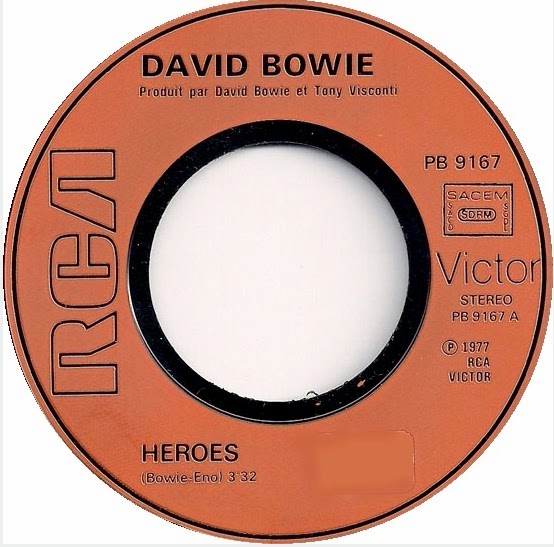 Side Two gives you "Helden" - the German version and probably the one that works the best. The German translation was handled by backing singer Antonia Maass, who was one of the lovers kissing by by The Wall that the song's about, and her lover? None other than producer Tony Visconti who she was having an affair with at the time.  The proceedings are rounded off nicely by Bowie's tribute to Kraftwerk's Florian Schneider - in the shape of "V-2 Schneider", and I really love the honking sax on the track.  Sounds like the band were enjoying themselves! 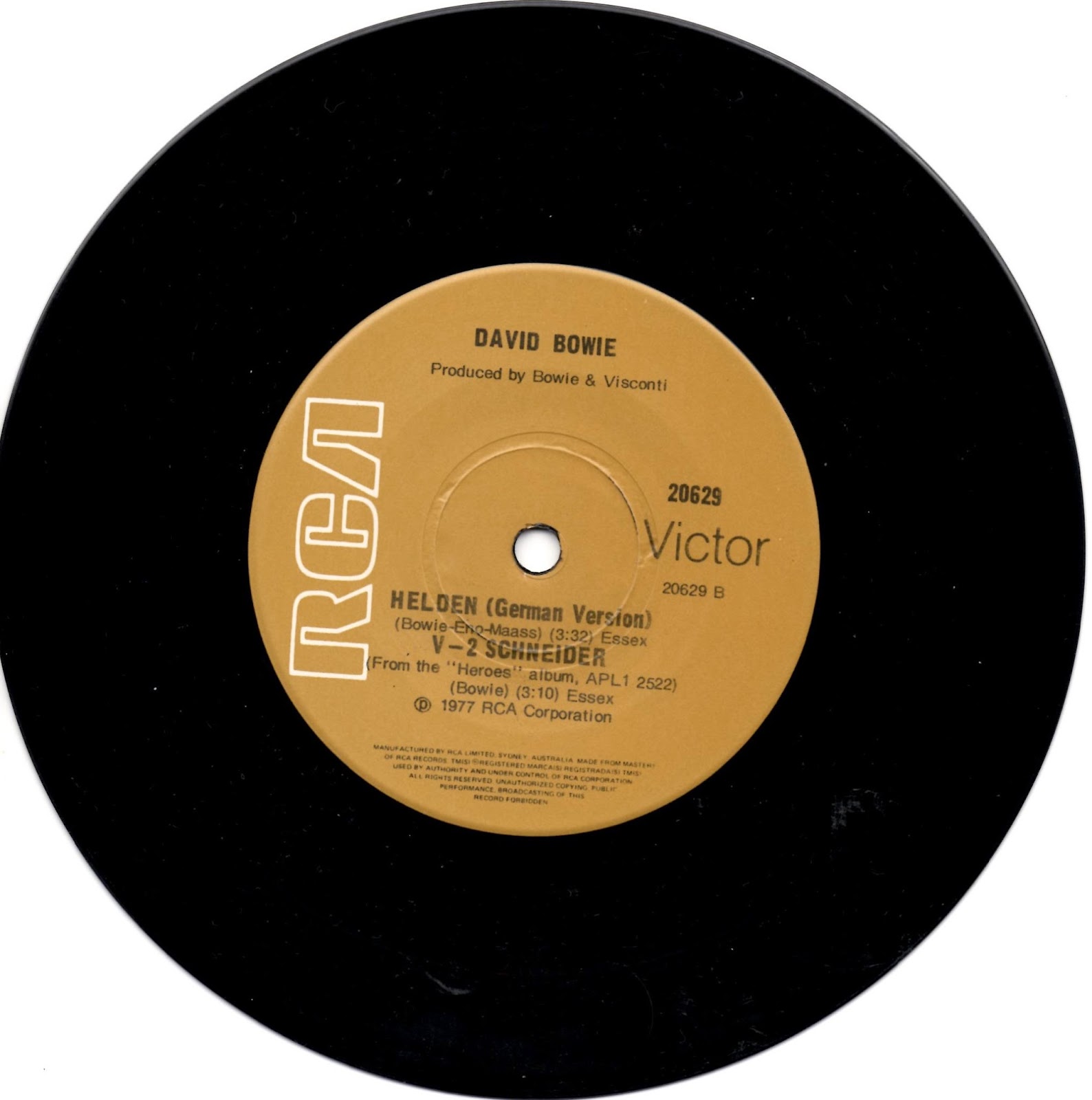 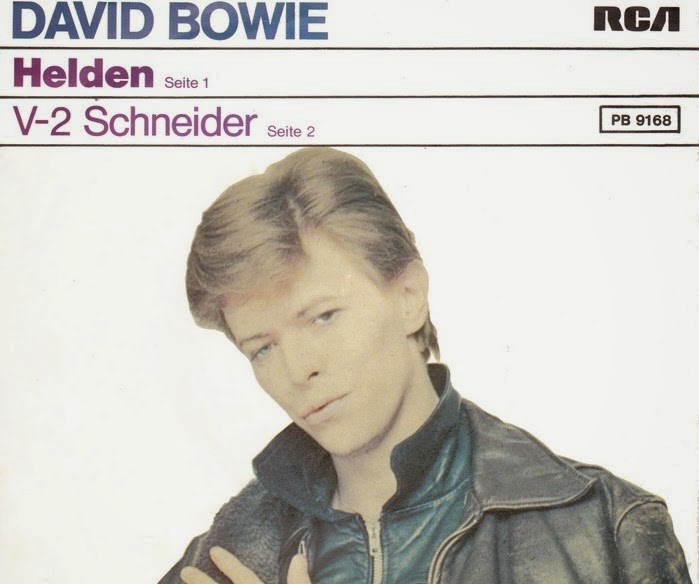 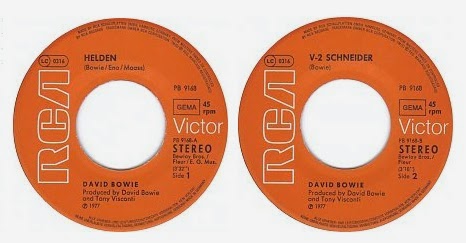