WHEN THE KAFTAN KING GOT FUNKY! 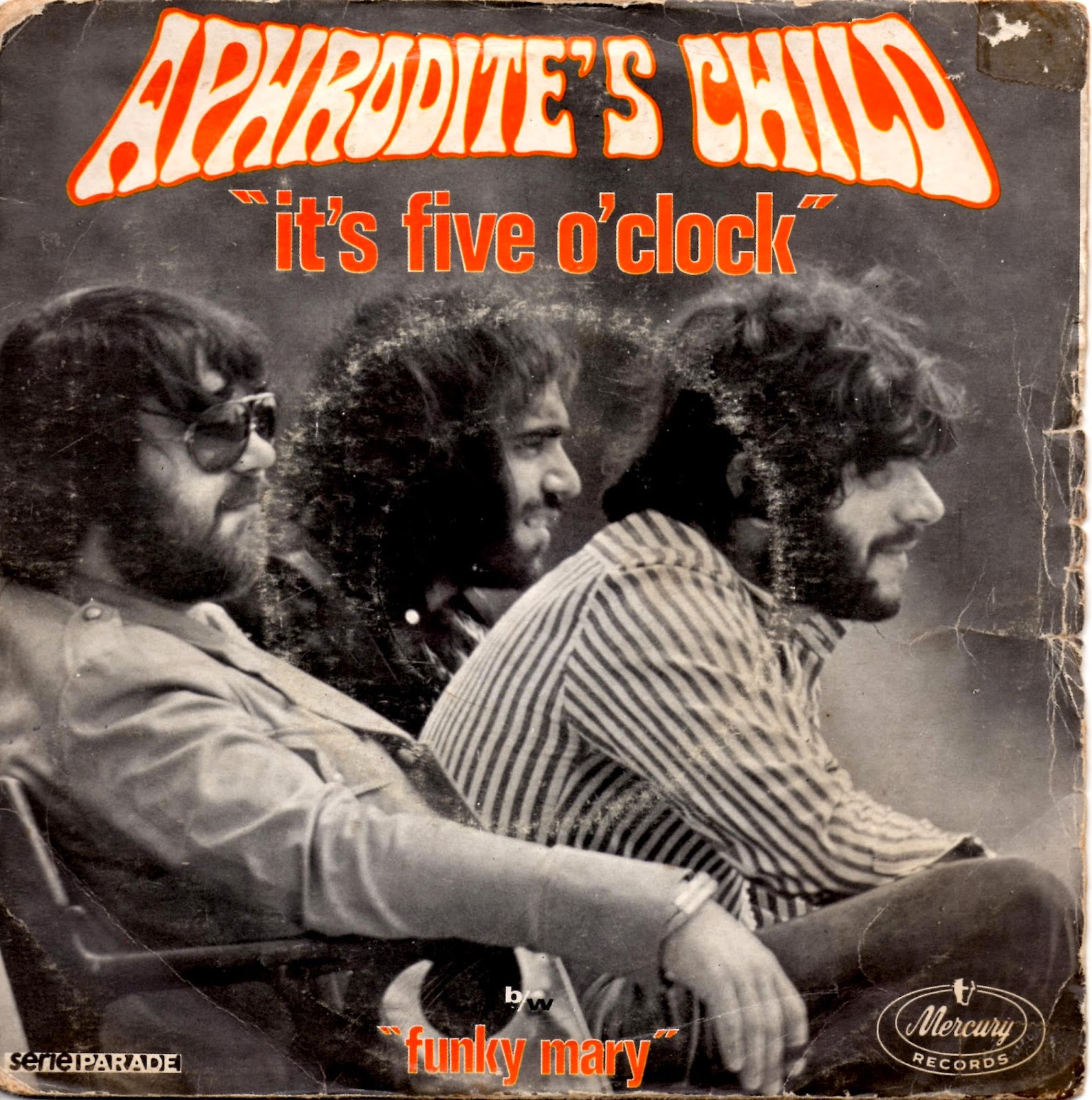 Looking today on this post at this 1969 offering from the Greek trio that featured Vangelis alongside the 70's Kaftan King himself - Demis Roussos! And with the recent passing of Mr Roussous though it was time to feature this French 45 of 2 contrasting styles. 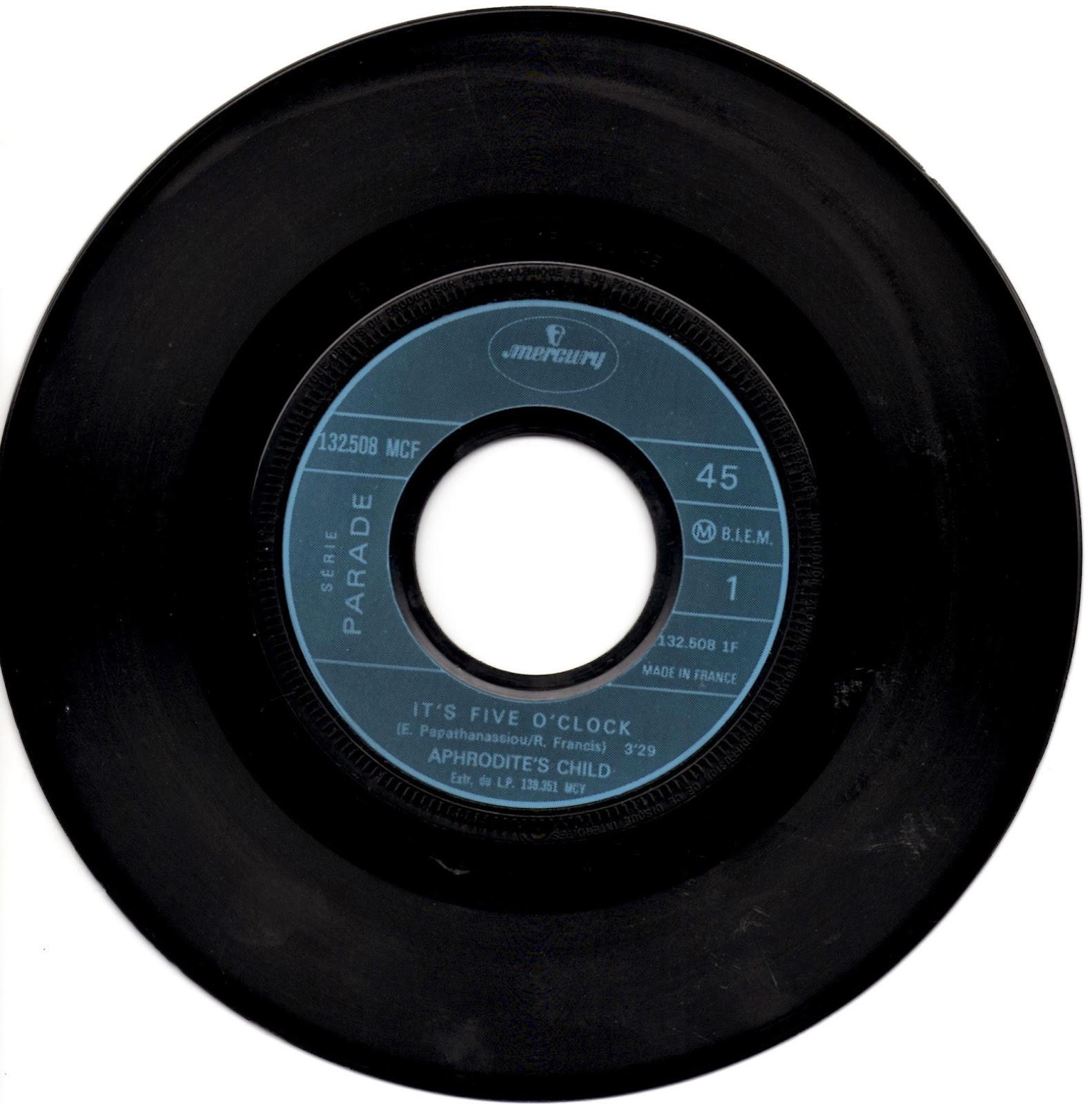 The A Side gives you "It's Five O'Clock" - the title track of the group's 2nd LP.  Featuring the unmistakable vocals of the Kaftan Man - it's very much in the style of their big European hit 'Rain And Tears'.  And musicwise there seems to be more than a whiff of Procol Harum's 'White Shade of Pale' about - though most likely sourcing the same classical piece that Gary Brooker & co used for their hit (the name of which eludes me at the moment), and with some Pyche style embellishments along the way as well! 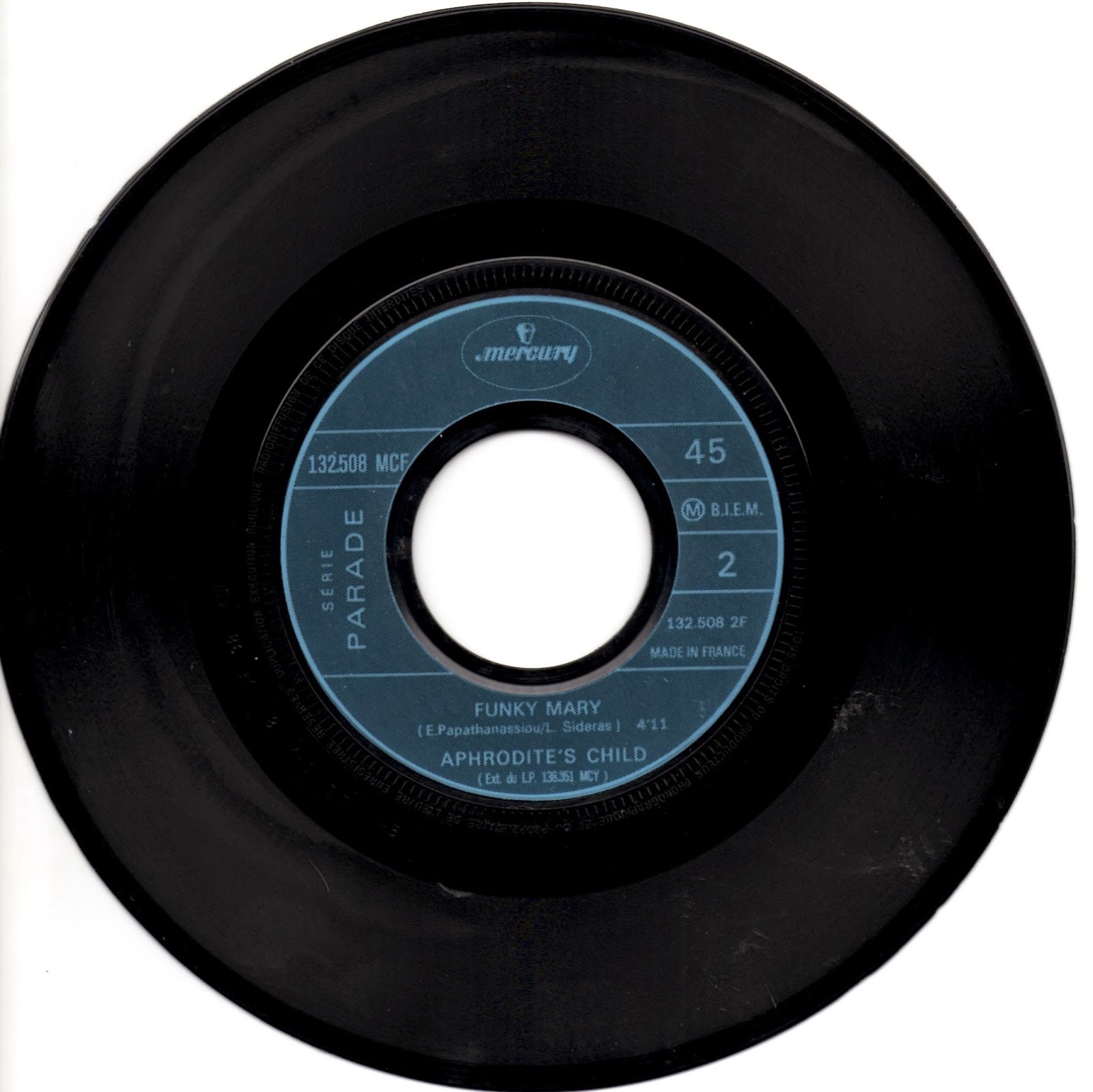 The A Side's great if you like your Demis Roussos style balladry - a genre he very much made his own in the subsequent decade and the reason that Aphrodite's Child ended up splitting.  The B Side's a very different story - and the reason that the record's being featured on the blog at all - and one listen to "Funky Mary" will show that the there was whole other side to this trio of Greeks.  It can probably be best described as Psychedelic Hammond Funk with a bit of Jazz chucked in for good measure!  Not sure who's handling the vocals on this - but it's sure as heck not Demis, possibly Vagellis - or maybe the other bloke who's name I can't remember!  Well worth having a listen too!