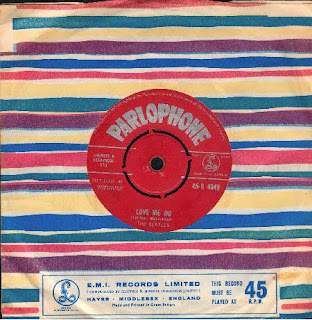 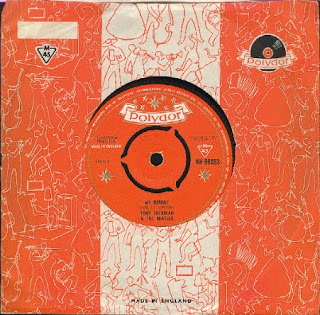 Tying in with The Beatles Weekend on BBC Radio 2 - here's some Beatle related stuff for your perusal.

B SIDE: “The Saints (When The Saints Go Marching In)”

Comments/Info: This is where it all began for the Fab Four - when they were still a five piece and a couple of months before Ringo Starr joined as the drummer.  The single was recorded in Hamburg when The Beatles were learning their trade at the city’s somewhat notorious Star Club, and is the only recording to feature original bass player Stu Sutcliffe, as well as the pre Ringo drummer Pete Best.  It was released originally in Germany under the name of ‘Tony Sheridan & The Beat Brothers’, as producer Bert Kaempfert thought that the name Beatles would be meaningless to a German audience.  Incidentally it was somebody asking for this single in Brian Epstein’s record shop in Liverpool which lead to him becoming the band’s manager.  The A Side “My Bonnie” incidentally has the intro which is later chopped from all the subsequent (re)issues of this track, and after the traditional style intro you can hear the embryonic Fab Four letting rip. The B Side “The Saints...” has singer Tony Sheridan very much in Elvis mode.

Comments/Info: 2nd single from The Beatles - and their debut for Parlophone - which had hitherto mainly been associated with the likes of Peter Sellers (although they were the original UK licencees for Nina Simone’s material from this period - plus that of James Brown too!).  The A Side “Love Me Do” is original version featuring Ringo on drums, which the band were persuaded to redo with a session drummer as producer George Martin didn’t think that Ringo was quite competent enough - having only recently joined, and it’s that second version the one was used in the main until the 20th anniversary of this single when both versions appeared on the 12”.  The B Side “P.S. I Love You” is like the A Side a great beat ballad - and set the template for the hits that would follow on from here.