"WHAT'S IT GONNA BE" - A DUSTING OF BLUE-EYED NORTHERN SOUL 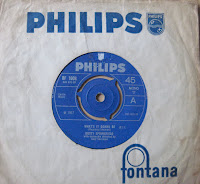 Released in 1967 "What's It Gonna" is a cracking bit of Northern Soul from the queen of Blue-Eyed Soul herself - Dusty Springfield.

Written by Jerry Ragovay and Mort Shuman - the latter who'd also penned material with his writing partner Doc Pomus for both Ray Charles and The Drifters, as well translating a fair chunk of Jacques Brel's song into English - it was issued on Philips in the UK (cat. no. BF 1608), in US (again on Philips - cat. no. 40498), as well in Australia too - ! (cat. no. BF-326830). The latter being the first copy I bought after having being on the hunt for it for a good few years. And then reissued in the UK again on Philips in 1974 (cat. no. 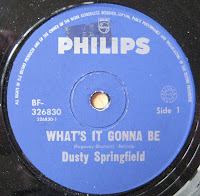 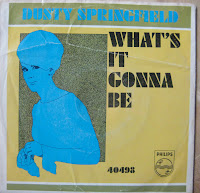 circumstances didn't get included on any of Dusty's LPs either here in the UK or stateside at the time of it's release.

Like the best of Dusty's soul output it'd work great on an set of similar themed material, sitting quite happily alongside the Shirelles and Arthur Alexander tracks she'd already done up to this point as well the other one that would definitely have to be included - "Spooky".
Posted by BrianW at 07:01