A DUSTING OF BLUE-EYED SOUL - IN PRAISE OF CHRIS CLARK, DUSTY AND OTHERS

This is one I’ve been meaning to write for a bit - but like the Lee Hazlewood piece it’s been thought over (and through) for a while! 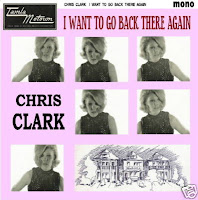 Been inspired on this one by the similarities between Chris Clark and Dusty Springfield soundwise after fishing out the Chris Clark retrospective of her Motown output issued in 2005 - and spotted whilst doing the washing up no less!
Have to admit that Chris Clark’s somebody I became aware of only really over the last 10 years or so - mainly via the Northern Soul all-nighters that I used to go to. She was one of the 1st white artists signed to Motown - not the first as that honour went to Debbie Dean. She released two LPs - the first being “Soul Sounds form 1967 and currently fetching around the £70 for a mint copy; whilst the 2nd “CC Rides Again” is into the mega rare price bracket if you’re intent on owning a pristine vinyl copy and originally issued in 1969 on the very short lived Motown subsidiary Weed. Tunewise she’s best know for the N. Soul faves - “Love’s Gone Bad”, “I Wan’t To Go Back There” and her version of the Smokey Robinson penned “From Head To Toe”. 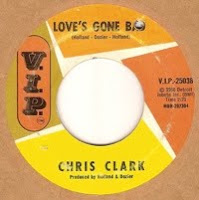 But like it’s when you start digging deeper into the rest of the album that the similarities with Dusty become apparent - ie that effortless ability to switch form Soul to Jazz to Blues and taking in a few Beatles cover along the way - “Got To Get You Into My Life” on ‘Soul Sounds’ and “With A Little Help From My Friends” as well as “Get Back” on ‘CC Rides Again’. And the ability to do the Soul thing on contemporary material like Elvis’ “In The Ghetto”. 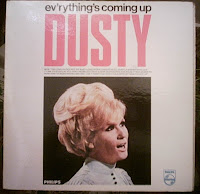 And what of Dusty? In the 60’s in the UK regarded as a pop singer - and then when the hits began to dry up issuing the then underrated/ignored “Dusty In Memphis” and the gaining success in the US, whilst the UK career/hits somewhat faded.
But back-tracking to 1963 when Dusty was still a member of the folk trio the Springfields it was on a promotion tour of the States that she saw the impact & popularity of the girl group sound - particularly The Shirelles, that made her aware that the soul-based sound was the way forward and not the folky based stuff that the establishment (BBC included) seemed to be content to go with. A fact that also wasn’t lost on the Beatles who included material by The Shirelles, The Miracles, Arthur Alexander, The Marvelettes, and The Cookies on their first two LPs). Which is why come the autumn of ‘63 Dusty announced she was going solo - the first of which was the soul-flavoured pop of “I Only Want To Be With You”. And unsurprisingly the content of Dusty’s first two LPs has more than a fair share of Soul based material on it. Including as it does The Shirelles “Oh No Not By Baby” as well as an early cover on an Aretha Franklin track “It Won’t Be Long” - which appears on Aretha’s 1961 debut for Columbia (a record that is worth some serious checking out if you’re unaware of it!!!!!).
Obviously as Dusty became more successful the material became a lot more mainstream - but check the album tracks along with the single B Sides (very often written by Dusty herself alongside Madeline Bell as in the case of “I’m Gonna Leave You”) and there’s some great blue-eyed soul stuff to be had - “Your Hurting Kind Of Love”, “Ain’t No Sun Since You’ve Been Gone” not forgetting the N. Soul fave “What’s It Gonna Be”, as well as the smokily fabness that is her version of “Spooky” from 1970.

And in Dusty’s wake in the UK you have the likes of those she inspired and influenced such as Billie Davis. Check out her take on Ellie Greenwich’s “Want You To Be My Baby”, “Billy Sunshine” as well as her wonderful version of “Walk In My Shoes”. 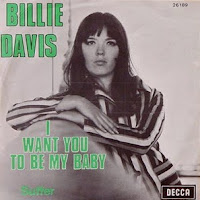