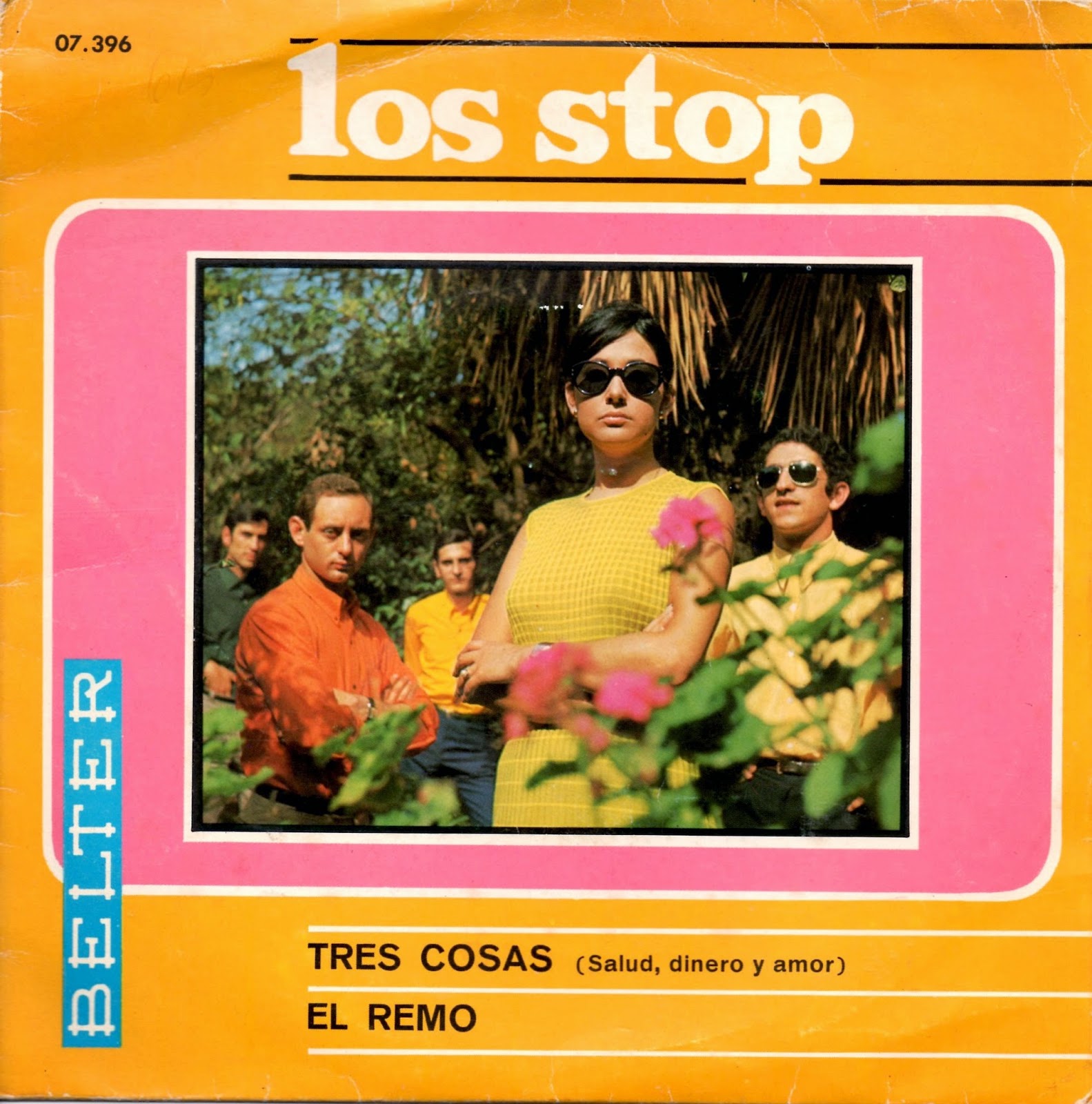 Seeing as tonight's the 2014 Eurovision Song Contest - thought I'd focus on this 1967 offering from Catalonia's finest Los Stop.  The group tired their luck on a couple of occasions to represent Spain - and on their last attempt in 1970 got pipped at the post by a certain Julio Iglesias. 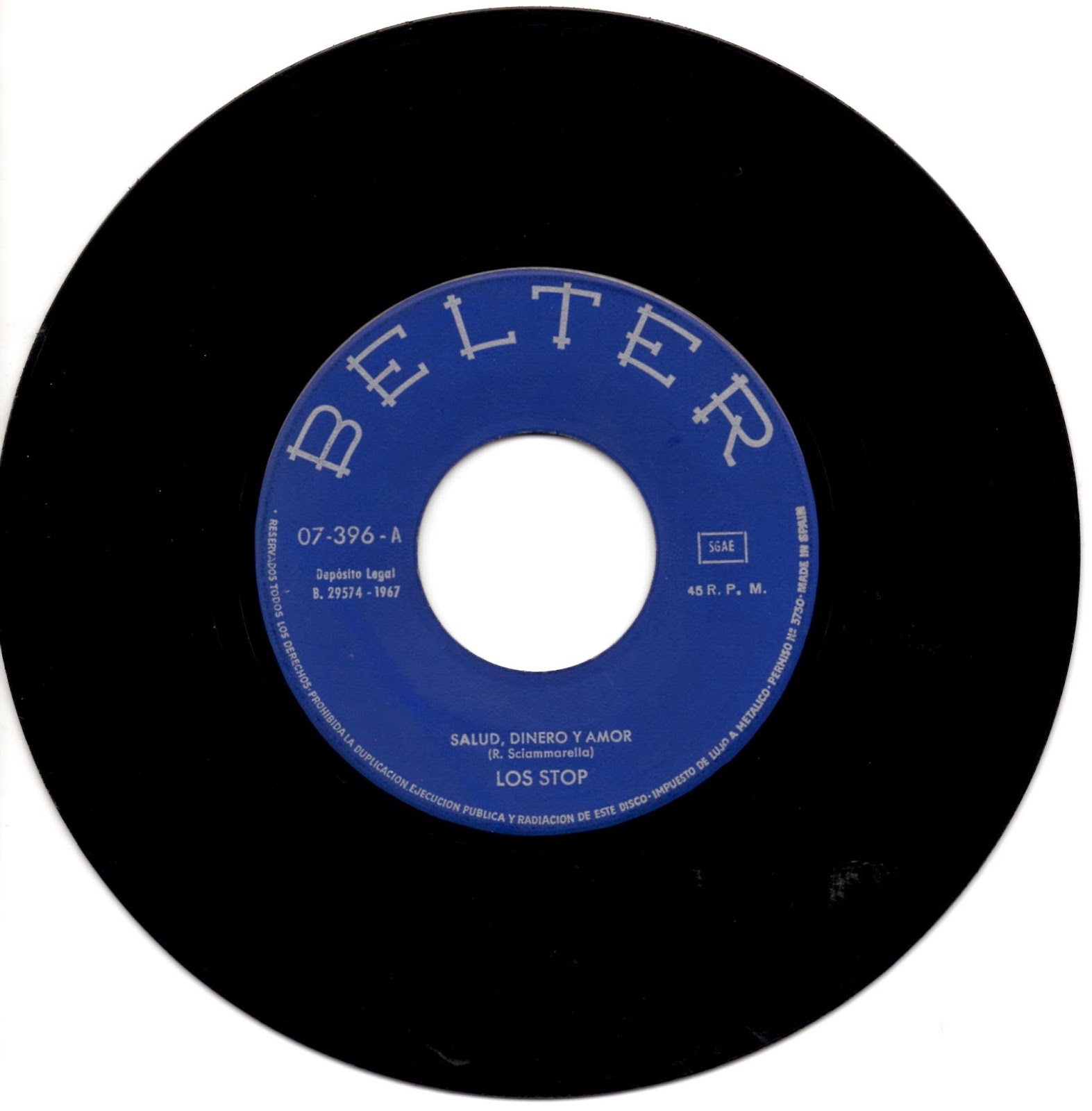 On to the music then.  The A Side gives you "Tres Cosas (Salud, Dinero Y Amor)" which is an archetypal bit of mid 60's euro-pop cheese - great if you like that sort thing - but one that really doesn't do it for me.  Which didn't stop it getting to No.1 in the spanish charts - which lead to their attempts to try and represent their country in Eurovision.  Partly as a result of that failure lead to the group going their separate ways in the early 70's. 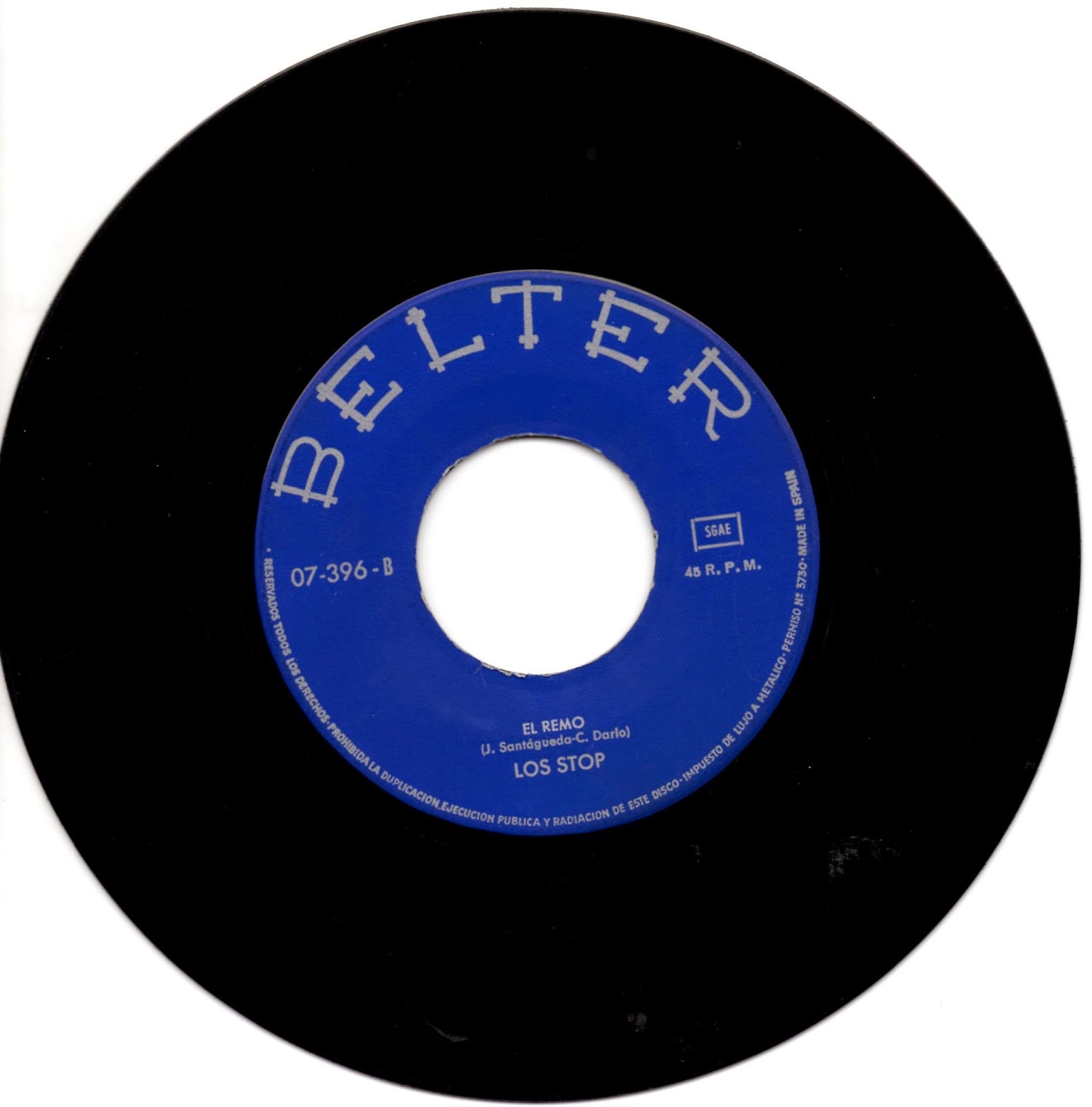 The better prospect is the B Side (and the reason that it's even being posted, and why it's still in the collection rather than landing in the nearest charity shop) "El Remo", which is pretty good Hammond-based tack.  And although still a bit on the cheesy side it's far better than A Side - and if it puts me in mind of anything it's Dusty's old group The Springfields.  Imagine 'La Bamba' with a hammond riff and you're pretty much there!
That's pretty muc on this apart from saying - enjoy Eurovision!