WELLER'S TALES FROM THE RIVERBANK

First up - wanting to wish all you vinylheads out there - a happy Record Store Day and trusting that you managed to get at least some of what you were after! Onto today's post then! 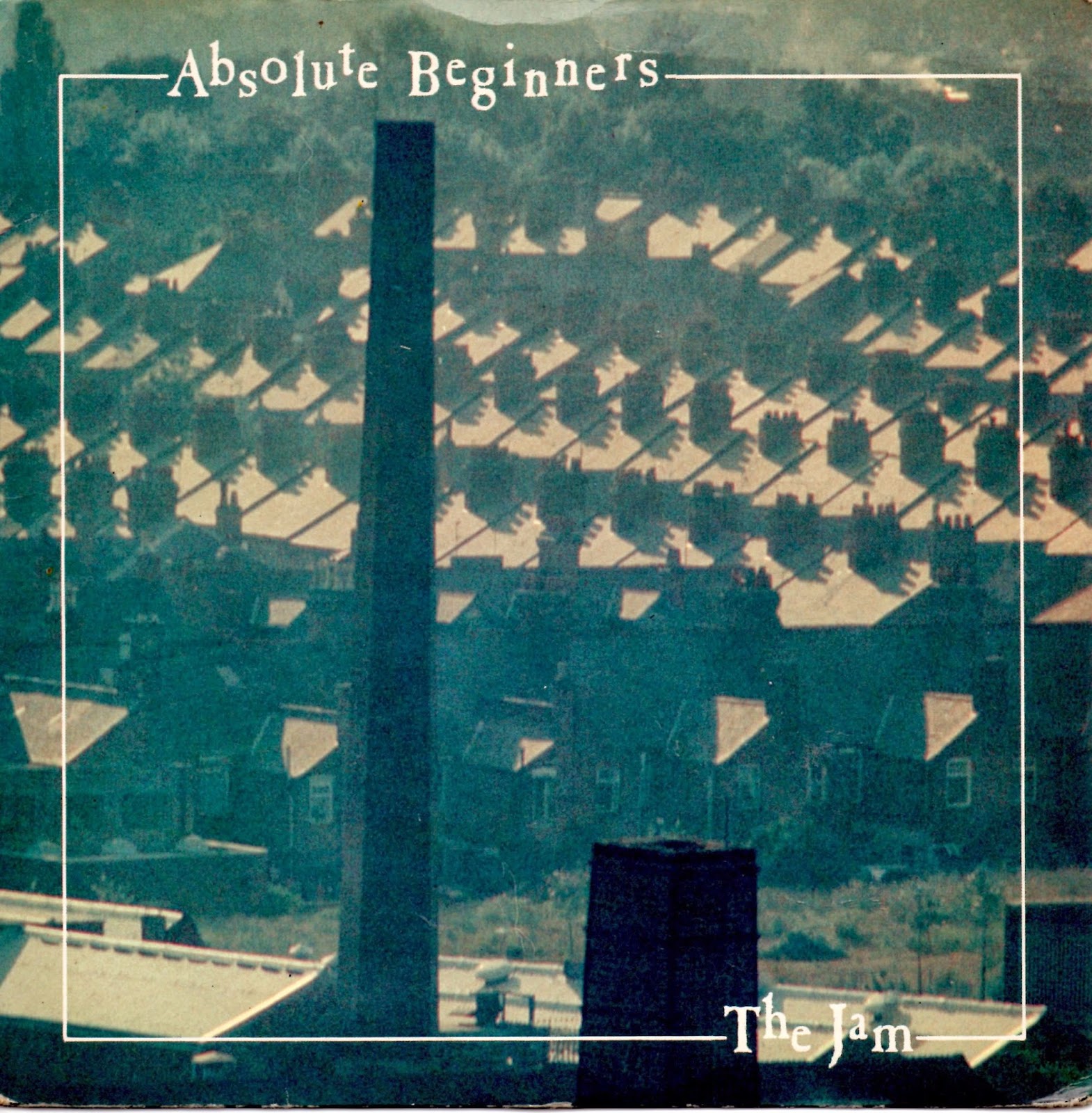 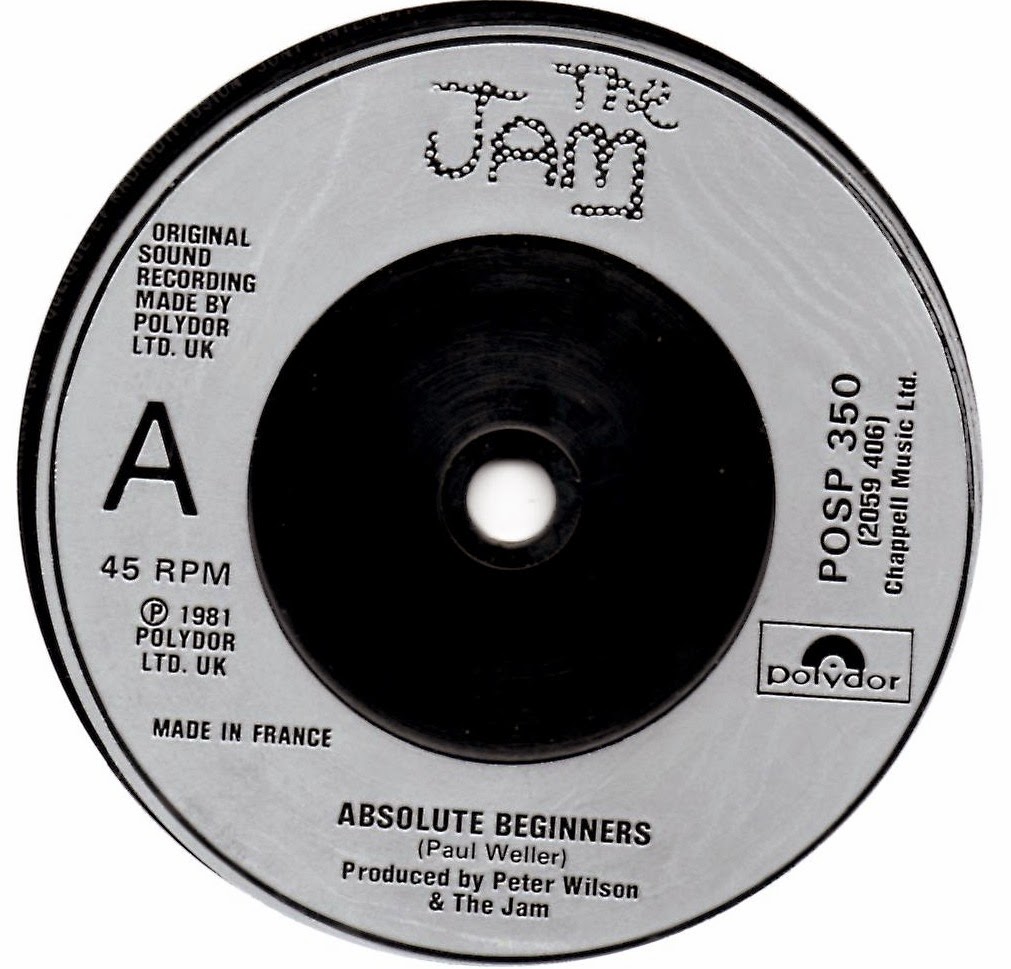 Focusing today on this 1981 offering from The Jam - which was their first for that particular year and one that gives you two different styles of the band.  First up on the A Side is the Soul-flavoured "Absolute Beginners".  The title cones from Colin McInnes' book of the same (and made into the less than great film - Weller's subsequent group The Style Council contributing 'Have You Ever Had It Blue' to the soundtrack) and it's first to feature the augmented line-up which included the 2 piece horn section.  Weller's intention to build on this line-up into a live soul revue in a vein similar to the one that Stax toured with the 60's and ealy 70's.  And unfortunately scuppered to a large extent by the group's somewhat beligerent fans only wanting to hear the old stuff - rather than embracing something just that little bit different - but good nonetheless! 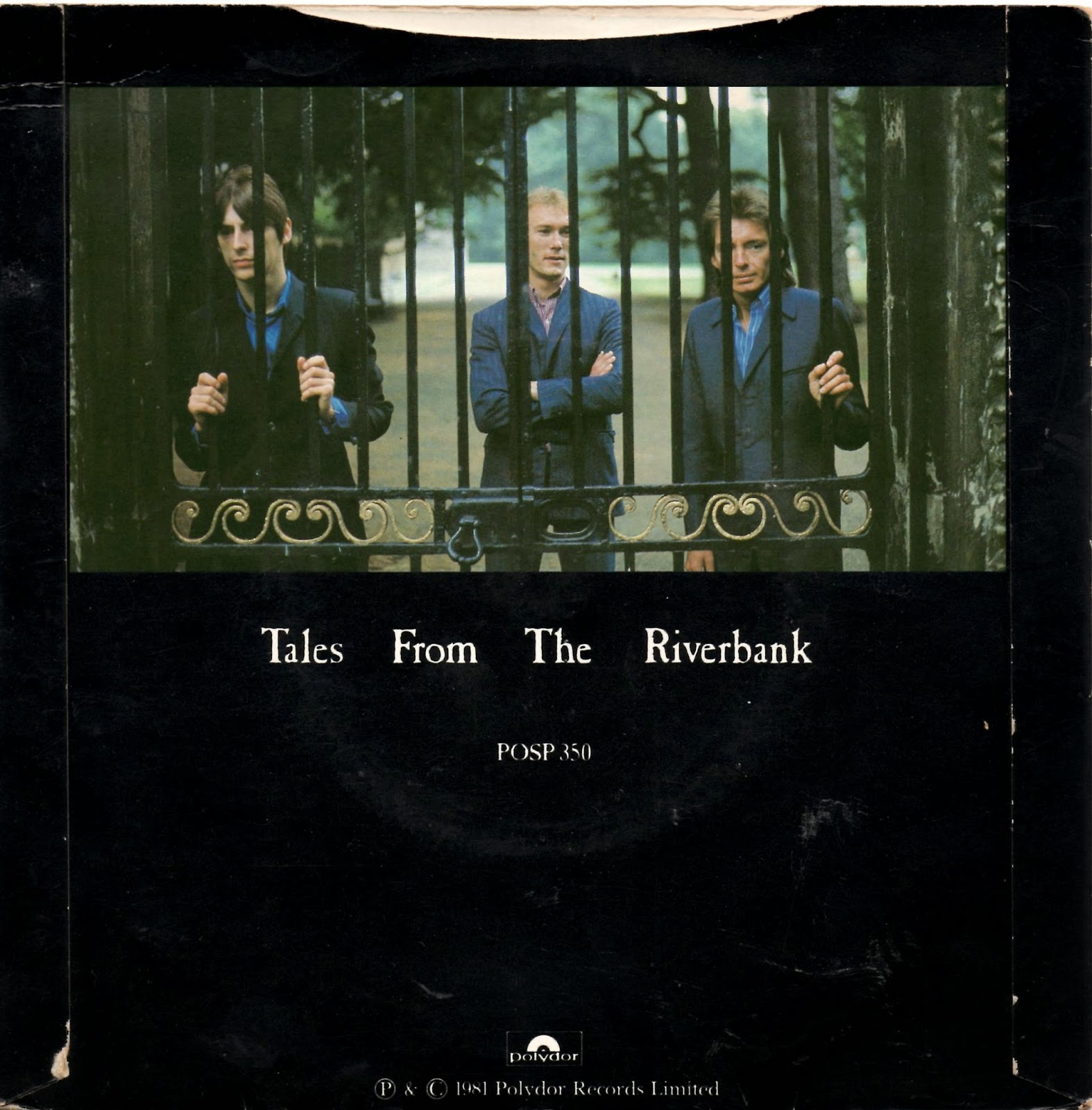 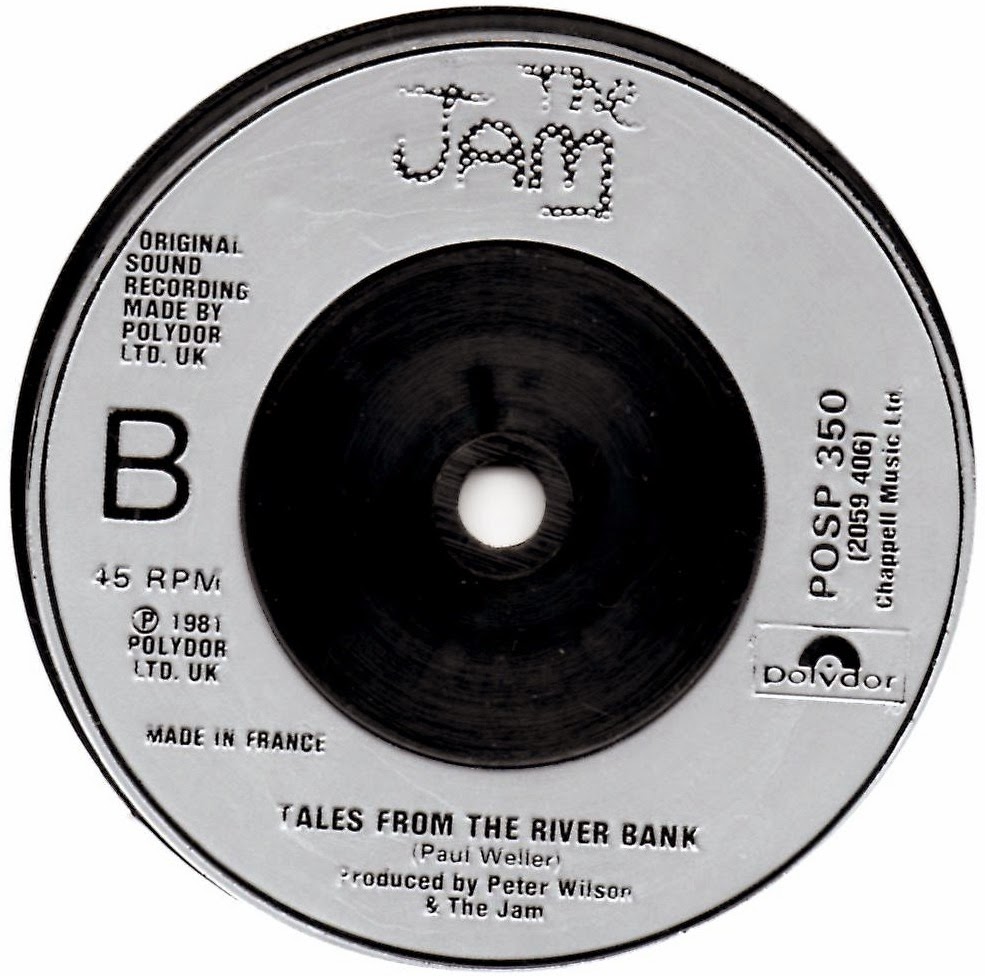 The flip is that other aspect of The Jam I really love - the psychedelic-tinged "Tales From The Riverbank".  It's the third of these psyche flavoured piece that they did - the 1st being 'In The Cowd' on 'All Mod Cons' in '78, followed in 1980 by 'The Dreams Of Children' - and I suppose you can throw in  'Start' for the same year as well - which makes four!  "Riverbank" is one of those songs that shows the burgeoning influence of Traffic's pastoral psychedelia - as well as Paul Weller evoking childhood memories from the area around Woking(as I seem to remember hearing about at one point).  What I love about the song is the way in builds from Bruce Foxton's opening bass-line followed by Weller's spectral guitar - and that Riverbank in question is as much a state of mind as a physical place.  It's one of those Jam songs that Paul Weller revisited in his solo career - the updated version shortened to "The Riverbank" popping up as the B Side to the 'Brand New Start' single in 1998.
Posted by BrianW at 09:38