This is a post I've been meaning to do for a couple of weeks now - but've only just gotten round to, as a tribute to Soul legend and former Drifters frontman Ben E King who we lost recently. 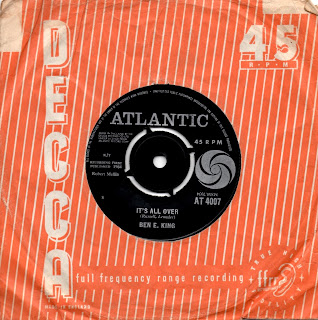 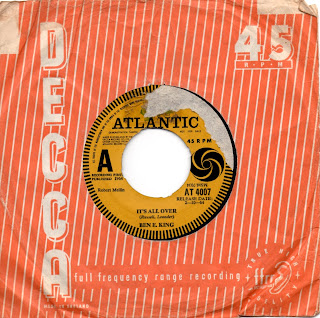 Looking today at this 1964 release of his which features the classic Soul format of the period - big ballad A Side and more up-tempo B Side.  In this instance the A Side gives you "It's All Over" - co-written and produced by Bert Berns (using his Bert Russell moniker for the writing credit). It's another of those great slow-burning big soul ballads with some great backing vocals from the Sweet Inspirations (line-up around this time comprising Doris Troy, Dee Warwick, Cissy Houston, and possibly even Dionne herself).  Although not as well know as some of the better known Ben E King stuff - this is still well worth checking out. 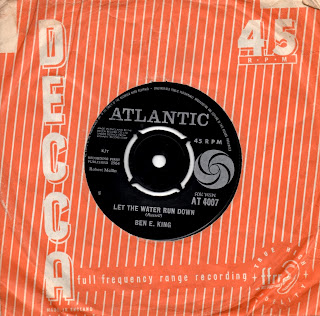 As is the B Side - "Let The Water Run Down".  As already mentioned this is more up-tempo of the two sides on offer here.  Written again by Bert Berns as Bert Russell - and again with Doris Troy and Co. on backing vocals - it's another good one! And did I mention that the guitarist on this is none other than Jimi Hendrix? It's from that period when Hendrix did a lot of session work for Atlantic - alongside this he proivided the guitar-breaks on Don Covay's "Mercy, Mercy" as well the Isley's "Move Over And Let Me Dance" (which I've featured on a previous post a while back). An excellent track that's again well worth checking out! 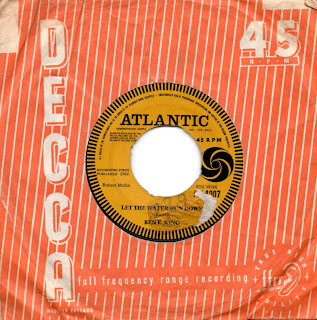