FRANCOISE SINGS THE SHIRELLES (AND BURT)! 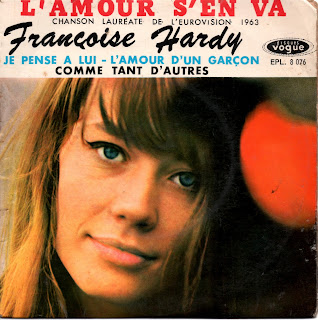 Kind of sticking my neck out on this one a little bit - but if I'm wrong then so be it!  Today's post is this 1963 EP from la belle Francoise.  The lead track is "L'Amour S'En Va" ('Love Goes Away' for the non-french speakers out there) and is the song that she sung when she represented Monaco in that year's Eurovision song contest, and the thing that stands out is that her voice is stronger with the jazz-flavoured backing and production of Marcel Hendrix. Good, but not as excellent as the subsequent UK recorded material with Charles Blackwell - which Francoise rates as her best work of the 1960s.  Side One's rounded off with "Je Pense A Lui" - English title 'Wonderful Dream' and again with the french translation penned by FH herself. 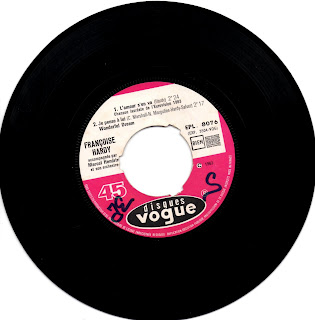 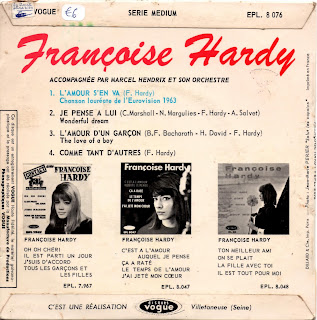 Side Two opens with the track that's the focus for this post - the excellent "L'Amour D'Un Garcon".  Written by Bacharach and David as 'The Love Of A Boy' and released by Dionne Warwick (B Side to her 2nd single issue in the UK on Pye International) this version sounds like Francoise's being very close attention to the work of The Shirelles, and her phrasing is pure Shirley Owens (lead Shirelle).  And here's my problem - after doing some digging I'm unable to come across a released Shirelles version of it - so whether they only cut a publishers demo, which Francoise subsequently heard (which would be ironic as Dionne Warwick famously started out doing demos for the bulk of Burt & Hal's tunes) is the best solution I can come up.  The last track on the EP is a Francoise original "Comme Tant D'Autres". 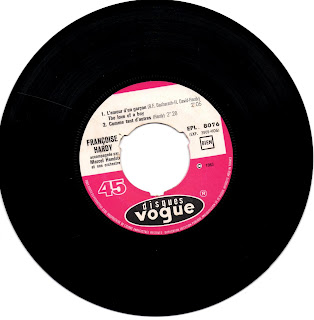