Today's post is one that I tried to do a while back but which didn't make it to the blog due to a few issues with the computer.  Using a different machine so that won't be an issue!!!!  Anyway on with the post - and this CD single from Zappa is one of the first CDs I ever bought - alongside Eno's 'Another Green World'.  Both of which came from the Our Price shop in Carlisle back in 1990. 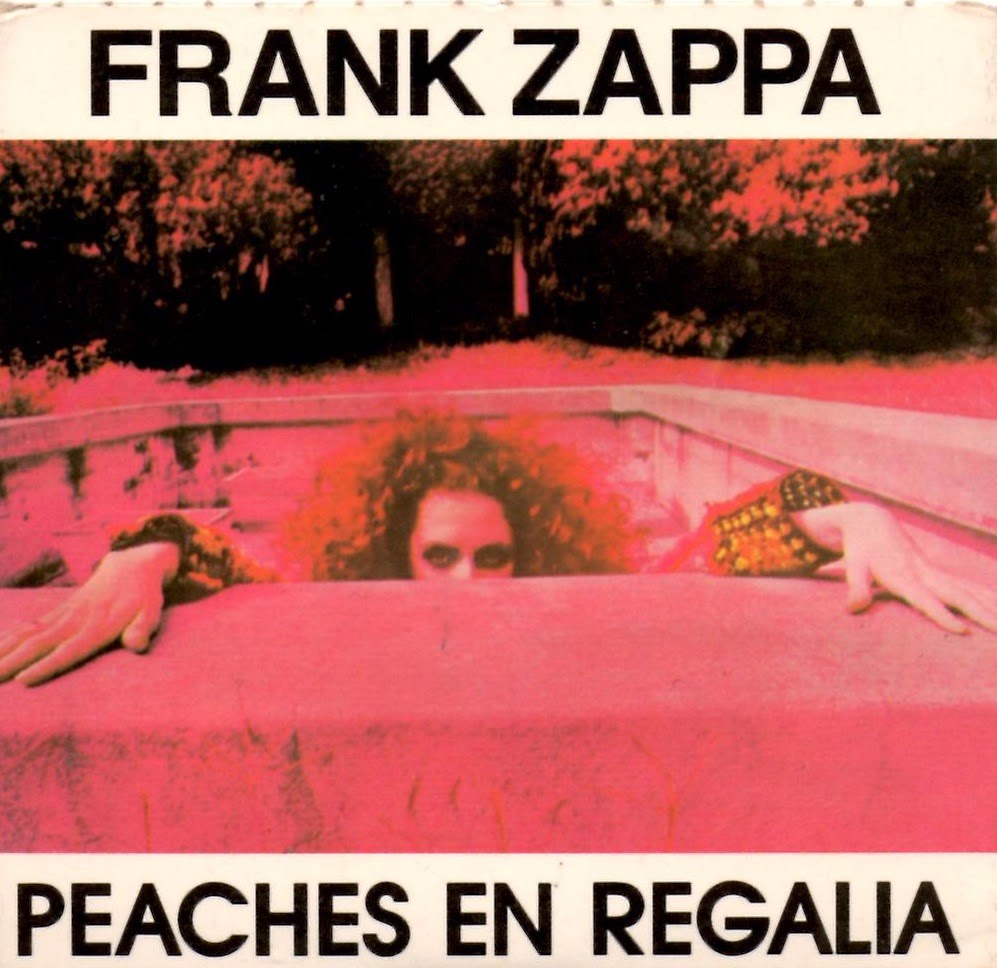 The lead-off track is the downright wonderful "Peaches En Regalia" - and one of my all-time favourite Frank Zappa tracks.  It comes from his Jazz album 'Hot Rats' - mainly instrumental apart from the Beefheart voiced 'Willie the Pimp' - and inspired by 'Jupiter' from Gustav Holst's 'Planets Suite' (as was Manfred Mann's Earth Band's 'Joybringer').  It such an uplifting track - and alongside Zappa and Ian Underwood you've got Shuggie Otis on bass, and I've said quite a few times on this blog it's well worth checking out if you don't already know it.  And if you're unfamiliar with FZ's work then this as good a place as any to start!

Next up you've got "I'm Not Satisfied" which is Frank and The Mothers in full doo-wop mode.  The track comes from their 'Cruising With Ruben & The Jets' set.  And there's not a single teenage groupie, dodgy Senator, or other Zappa staple character in sight.  The parent LP from what I remember is Zappa's hommage to the doo-wop music he grew up with in the 50's, and which along with the composer Edgard Varèse is the influence that underpins a lot of the distinctive Frank Zappa style. 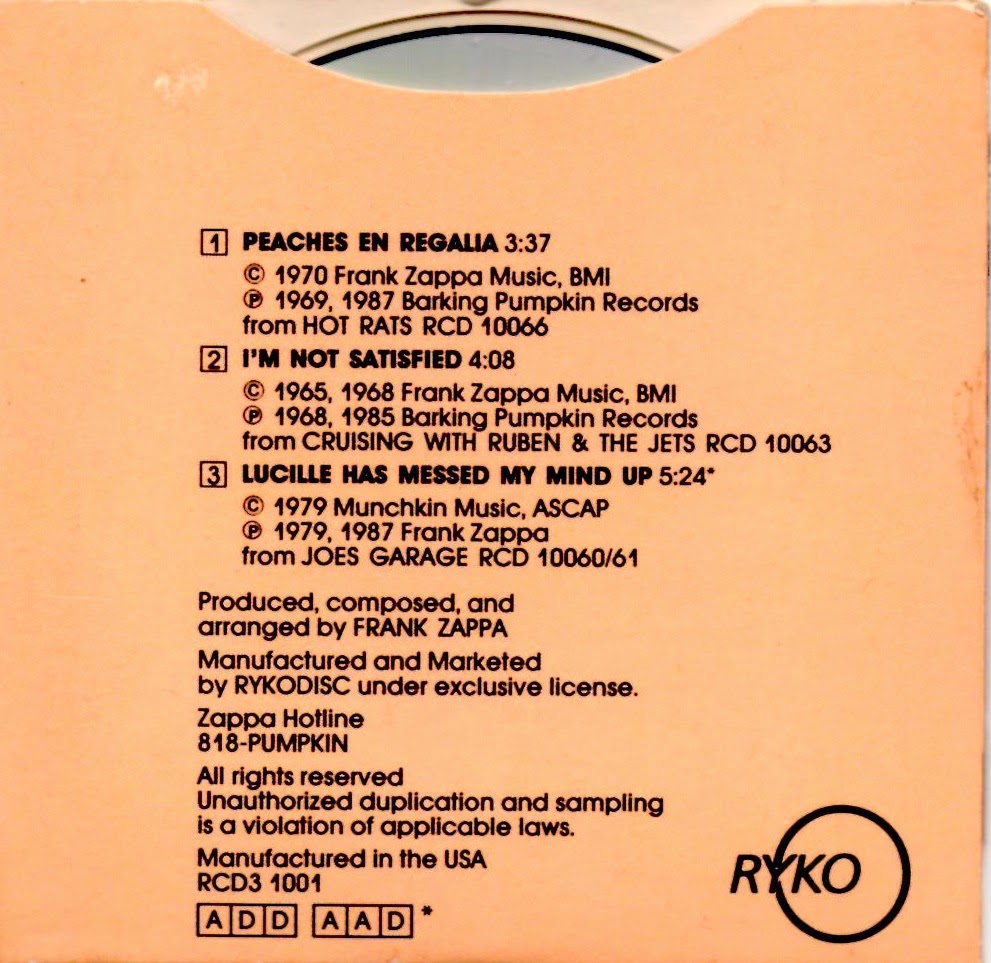 The third track on offer here is another doo-wop flavoured tune - "Lucille Has Messed My Mind Up" dating from the 1979 'Joe's Garage' set.  Compared to the previous offering this is more of straight forward reading - and I seem to remember that the lead vocal on this was handled by Ike Willis.  It's another good one, and like the other two a good intro in the unique world of the late great Frank Vincent Zappa.
Posted by BrianW at 08:22