Focusing today on this 1966 French 45 from the Beatles - featuring two tracks from their 1964 'Beatles For Sale' LP.  It's the one where you can hear that creativity was wearing thin in places - and the reason why about half the set is cover versions.  But having said that what's on offer here - especially the A Side does deliver. Came across about 12 years ago in 2nd hand/junk shop (remember them?) in Banbury, for about £3. One thing that has always intrigued me about this is why it was issued 2 years after the parent LP? Perhaps due the anticipated wait for 'Revolver' - and this was all that the Beatles French label had left to release at the time. The A Side gives you the excellent "Rock And Roll Music" - featuring Lennon in full rock'n'roll mode. and doing this Chuck Berry classic justice.  The piano part's done by producer George Martin - and the song was used as the title for the 1970's double LP featuring the band's more uptempo stuff. 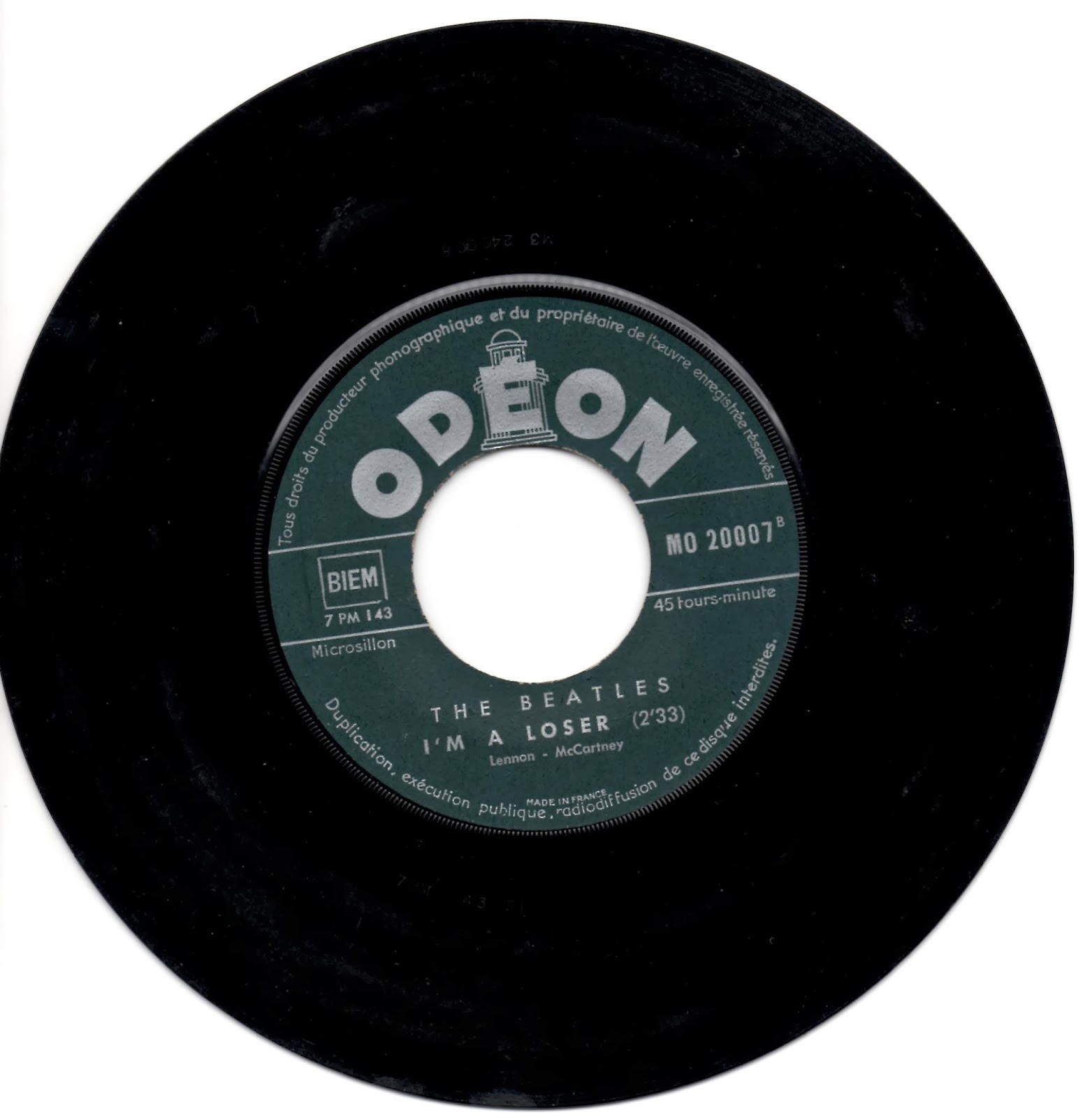 The flip side gives you "I'm A Loser" - again features Lennon on lead vocal.  It's from his Dylan influenced period, which came to fruition with 'You've Got To Hide You Love Away on the subsequent 'Help' LP.  And with a nice bit of close harmony work on the intro.