THE CAPTAIN GOES TO OZ? 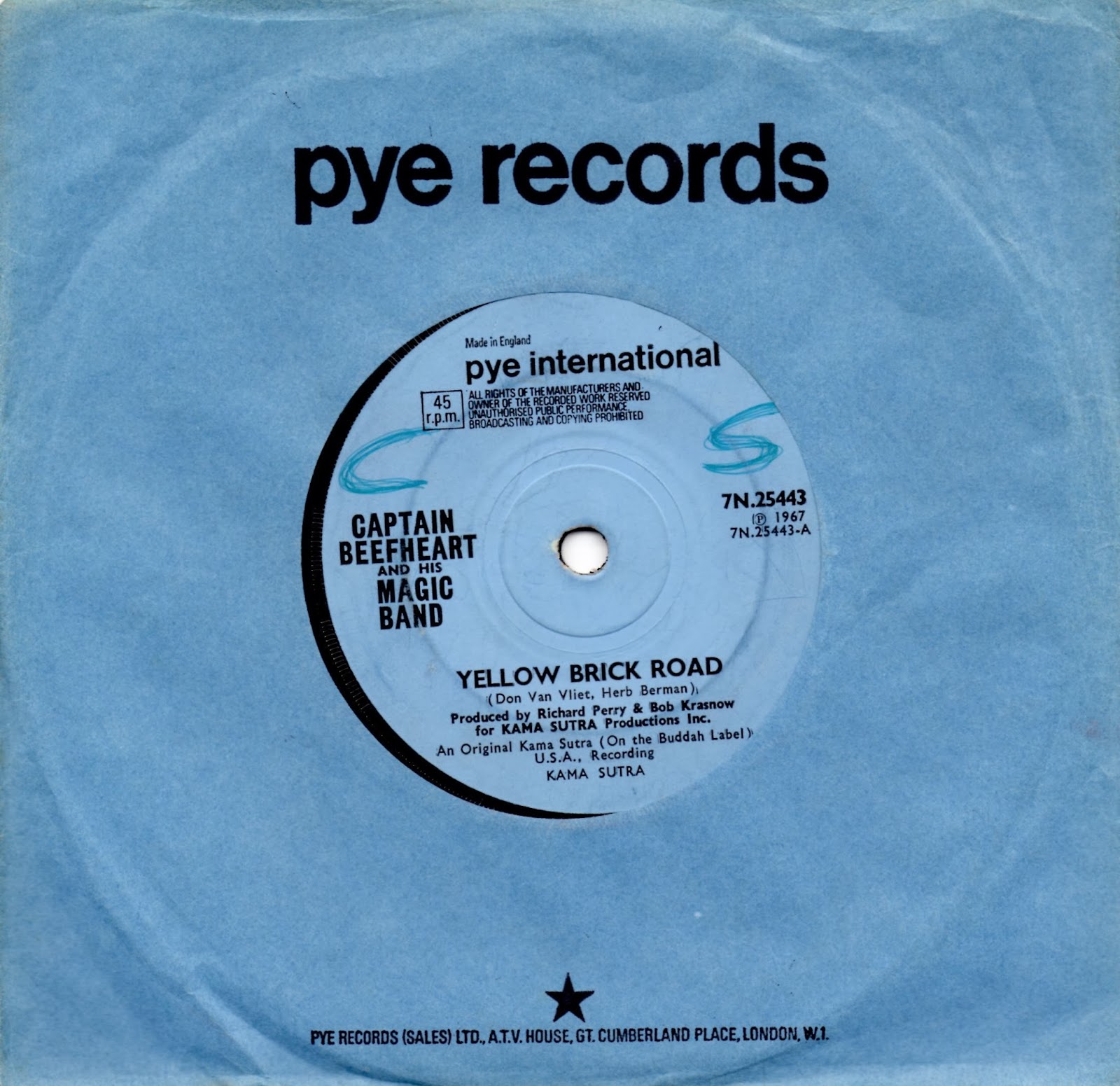 Today's post is this 1967 offering from Captain Beefheart & His Magic Band - featuring Ry Cooder on slide.  The A Side is the rather wonderful "Yellow Brick Road" and features that immortal intro that only Beefheart could've come up with: "The following tone is a reference tone, recorded at our operating level."  The song's the usual mutant delta blues that you'd tend to expect from the Magic Band from this period - but not yet developed into weirdness of the subsequent 'Trout Mask Replica' set  - which I've heard described as Howlin' Wolf meets Ornette Coleman.  A pretty apt description of Beefheart. 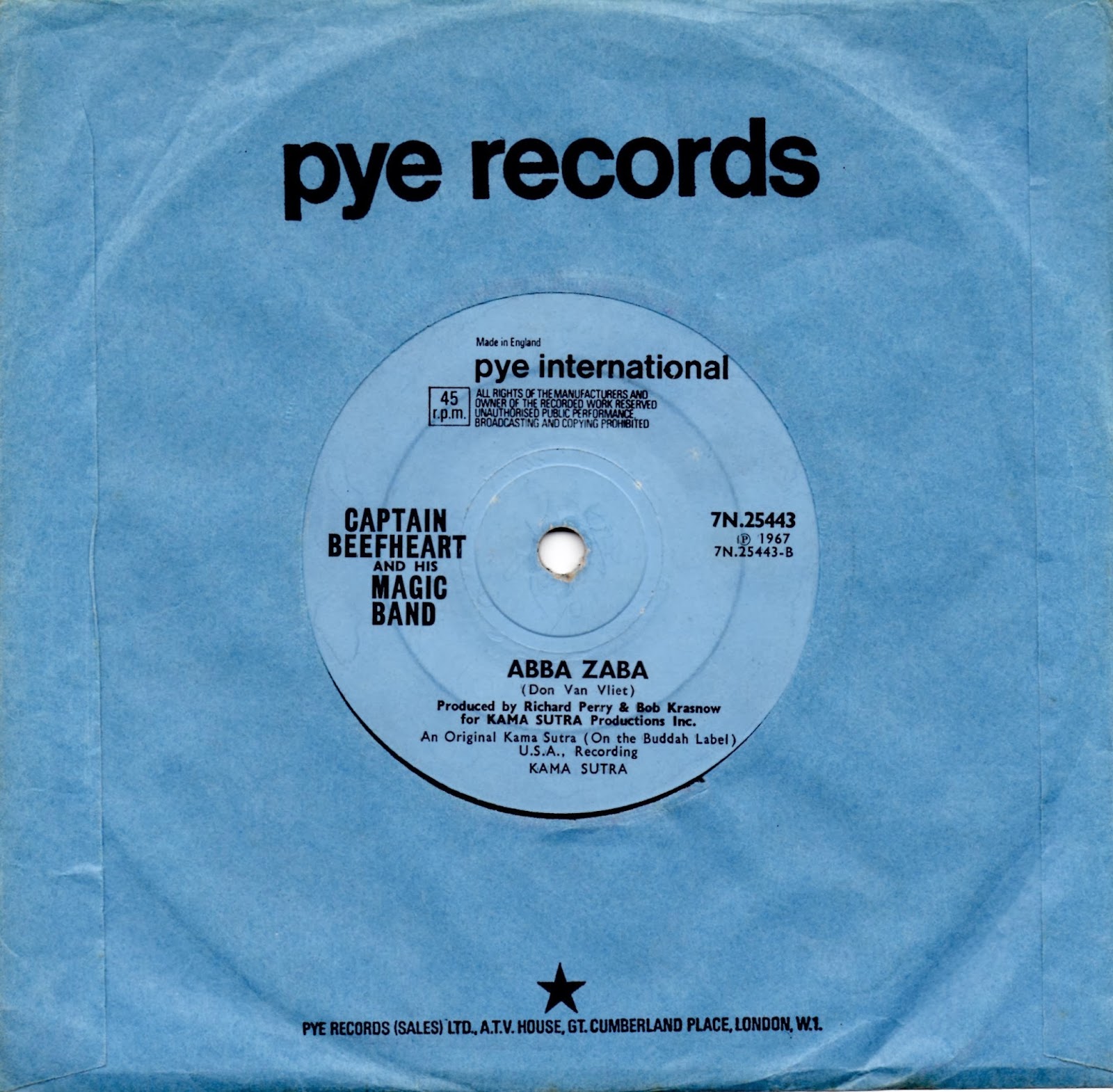 The flip side gives you "Abba Zaba" again from the parent 'Safe As Milk' LP.  Which is another great tune - and (something I'd never realized - assuming it was a typical Beefheart nonsense title) the name of a american peanut toffee bar.  And the good Captain's favourite snack treat as a kid.  Learn something new everyday doing a music blog folks!  Both sides feature the 2nd line-up of the Magic Band - which with the exception of Ry Cooder - lasted the longest before being sacked around 1973 - and then regrouping as Mallard in the mid 70's.