Following on from the last post on Kiki Dee, I thought I'd focus on two tracks that were first issued here in the UK on Fontana. 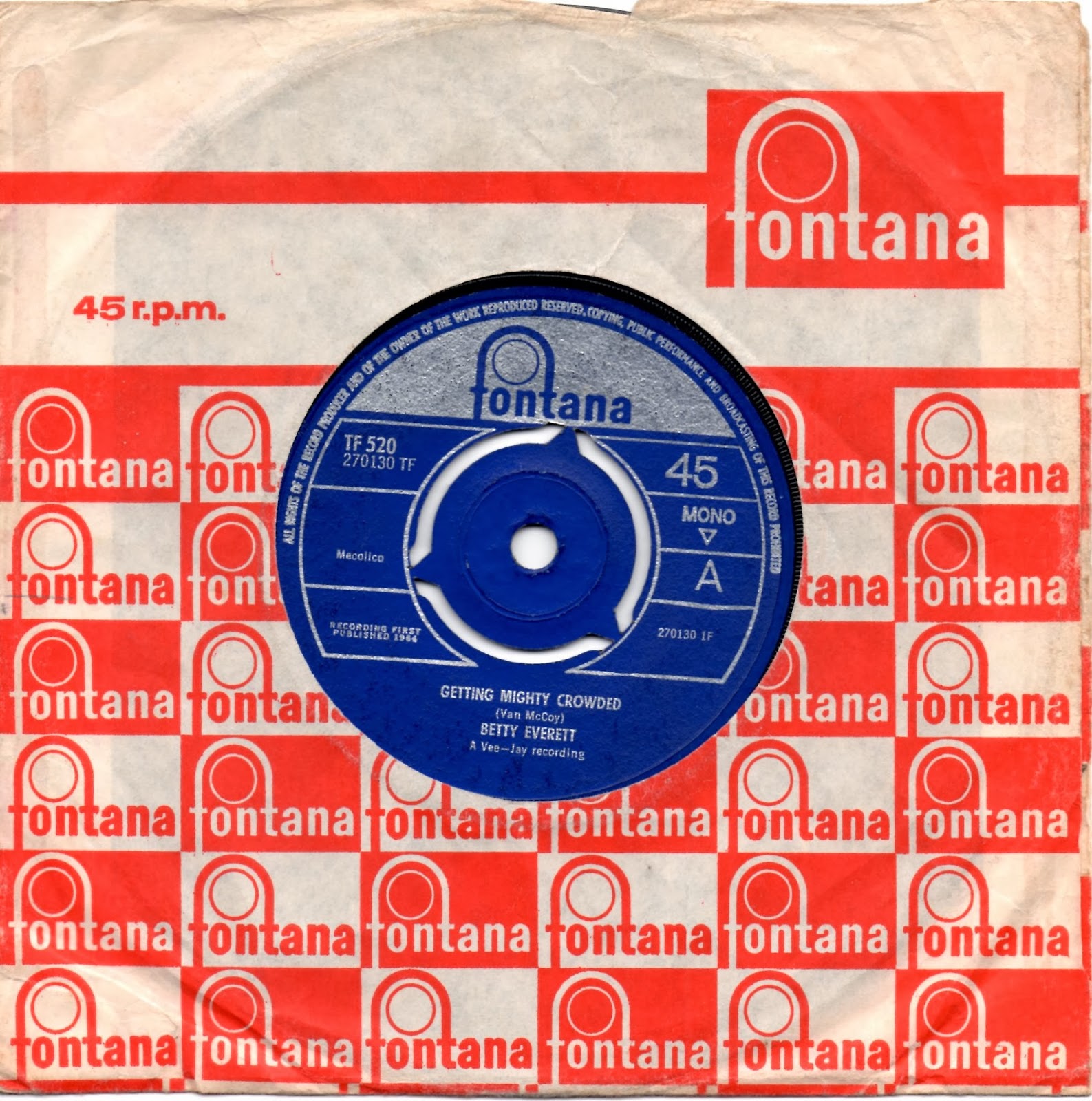 First up is this Northern Soul classic from Betty Everett,  the Van McCoy penned "Getting Mighty Crowded".  Originally issued on Vee Jay in the States this is a wonderful track - and one of those on that still does it for me.  I first came across it via the Elvis Costello version which he'd put out as the B Side to 'High Fidelity' in 1980 - so having heard that and the original on the radio - the hunt was on to own a copy.  Firstly on one of those budget Soul/Blues double tape compilations of the early 80's (remember them?), and then finally getting hold of a copy at one of the first Northern Soul all-nighters (appropriately enough).  Togetherness at Stoke Town Hall if memory serves.) 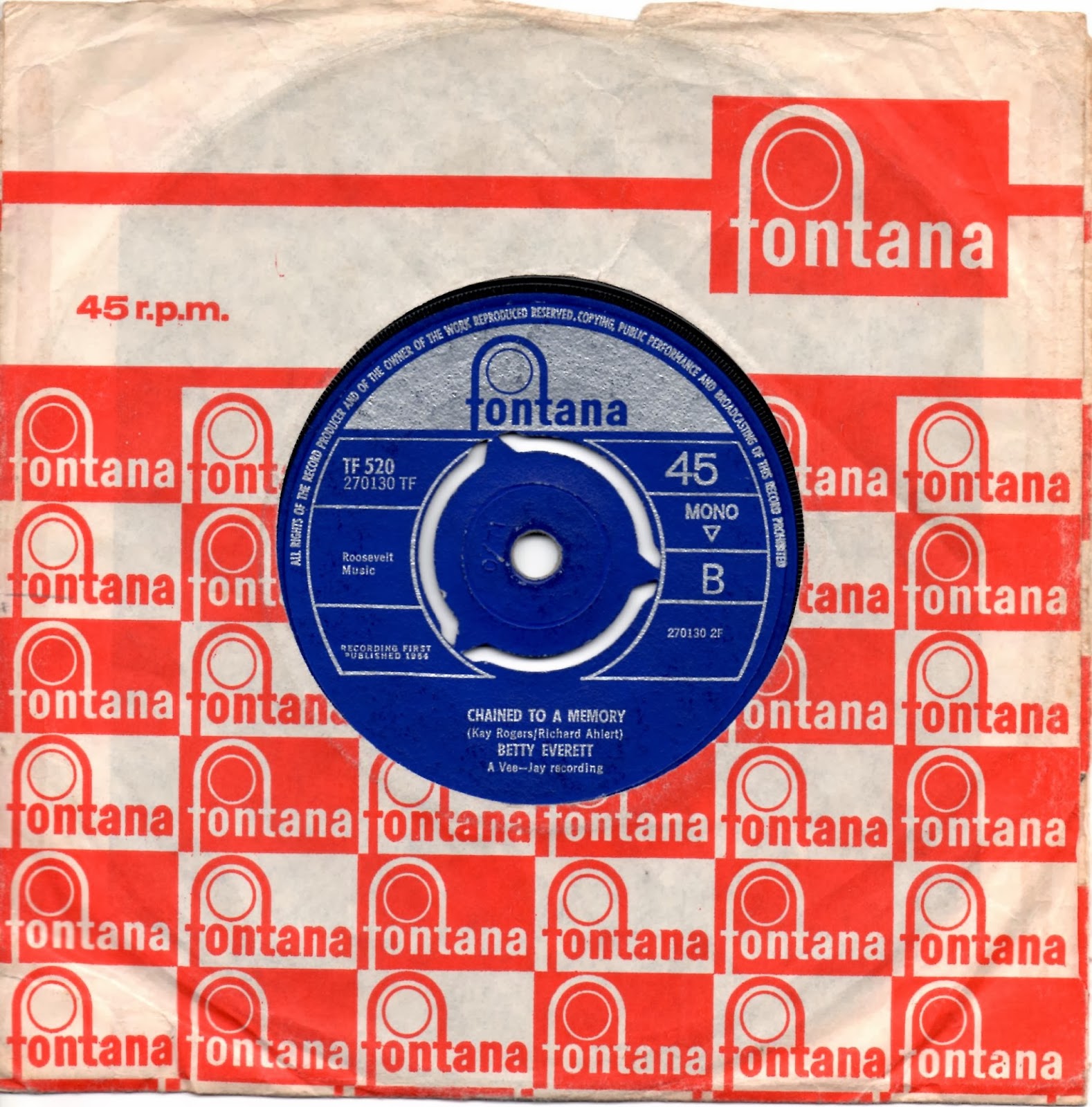 The flip side gives you "Chained To A Memory" is the slower tempo of the two tracks - and rather wonderful too.  And as always well worth checking out. 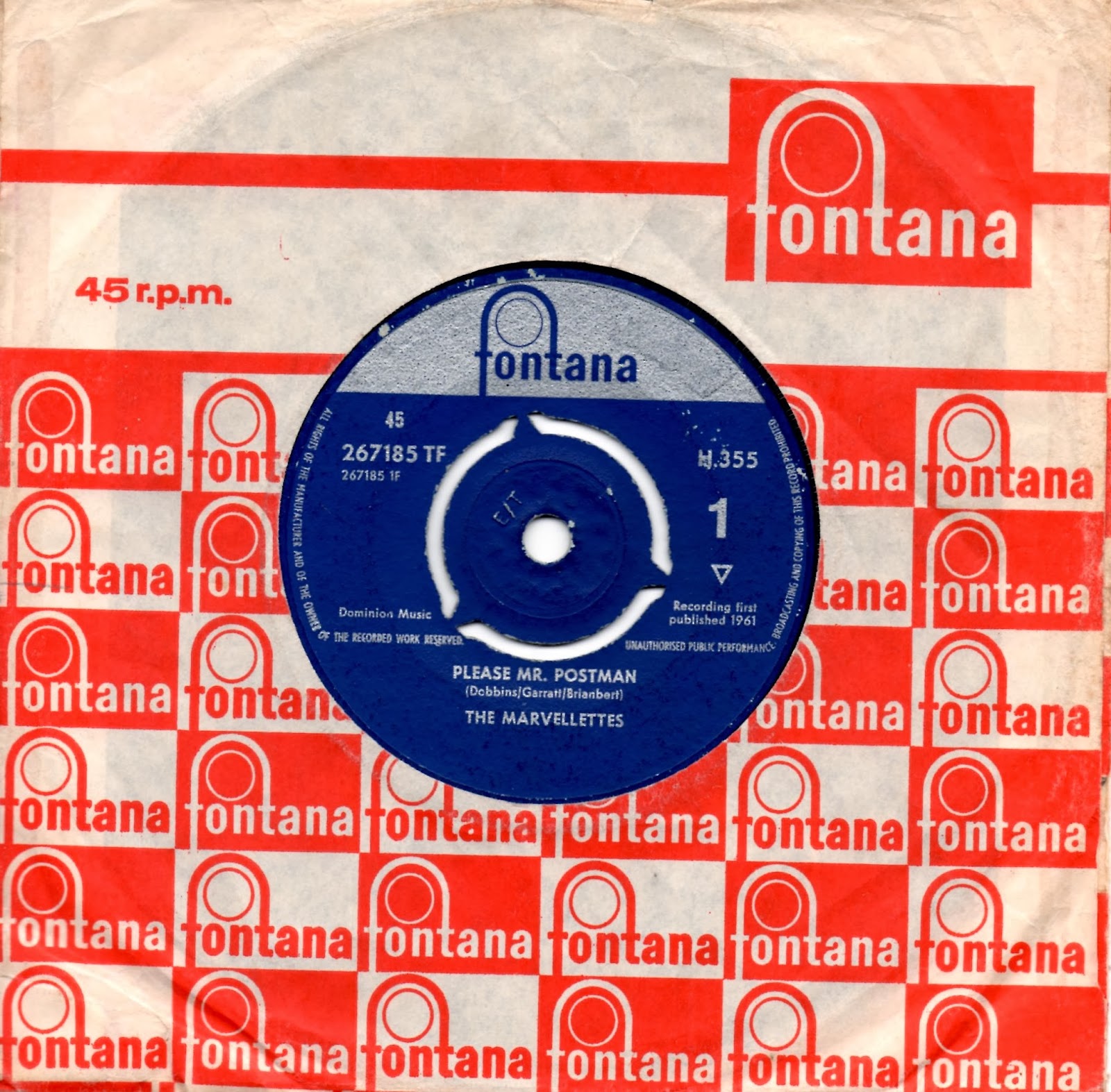 Next up is this 1961 offering from the Marvelettes - the classic "Please Mr Postman".  It's one of only a couple of Motown tracks that appeared on Fontana - the only other I can think of is The Miracles 'What So Good About Goodbye'.  Prior to that Motown's stuff had been issued on London, and after this it was Oriole, before passing to EMI; firstly on Stateside then finally the Tamla Motown imprint in 1965.  The song's downright brilliant - and again it's one I came to via a cover version, in this case The Beatles on their 'With The Beatles' LP.  The track generally only gets credited to Brian Holland  and Robert Bateman - but was originally penned by William Garrett alongside original Marvellette  Georgia Dobbins, and was then reworked by Brian Holland, Robert Bateman and Freddie Gorman Freddie Gorman.  Later Berry Gordy added his name to the writing credits. Confused?  The drummer on the track is none other than Marvin Gaye. 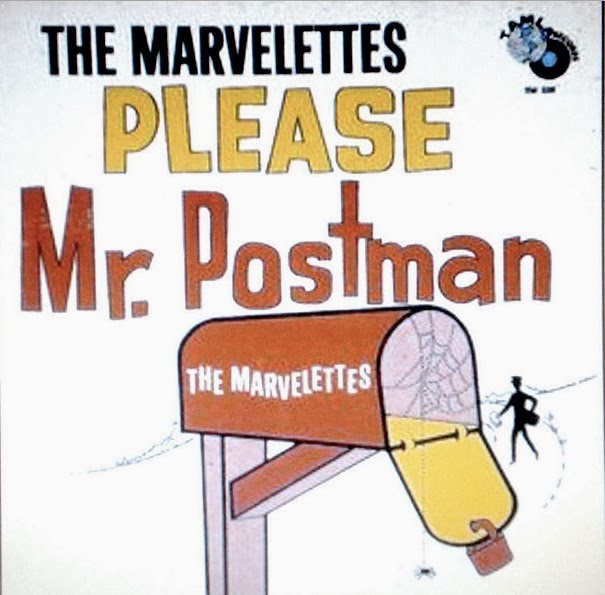 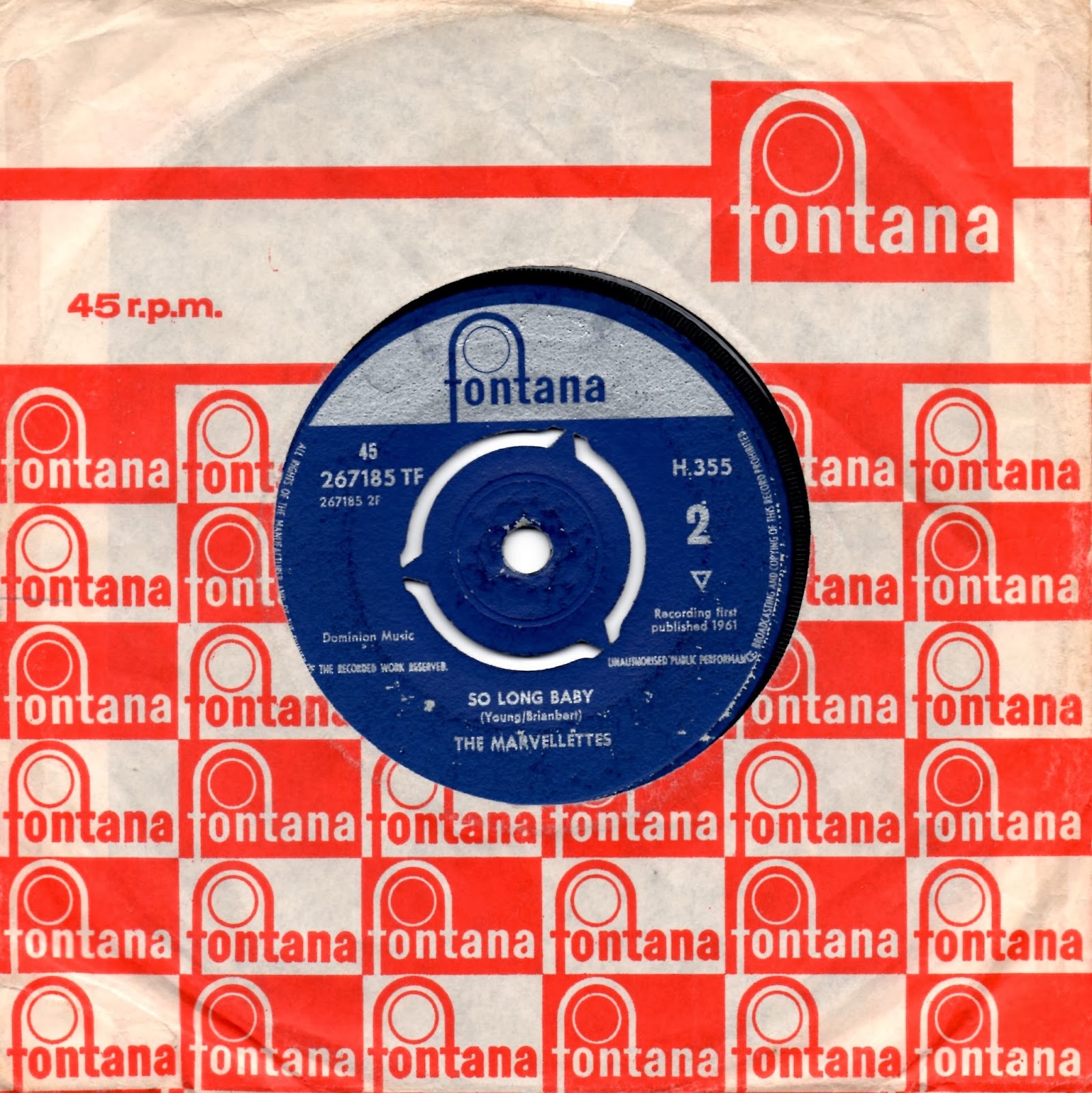 The flip side gives you "So Long Baby" is more in the doo-wop style and features lead vocals by   Wanda Young (who went on to be the long serving member of the group - lasting till they finally folded in 1970).  It's certainly more in the early Motown style that you hear on the early Miracles stuff from this period - i.e. rooted in R'n'B rather what than emerging Soul sound of the A Side.