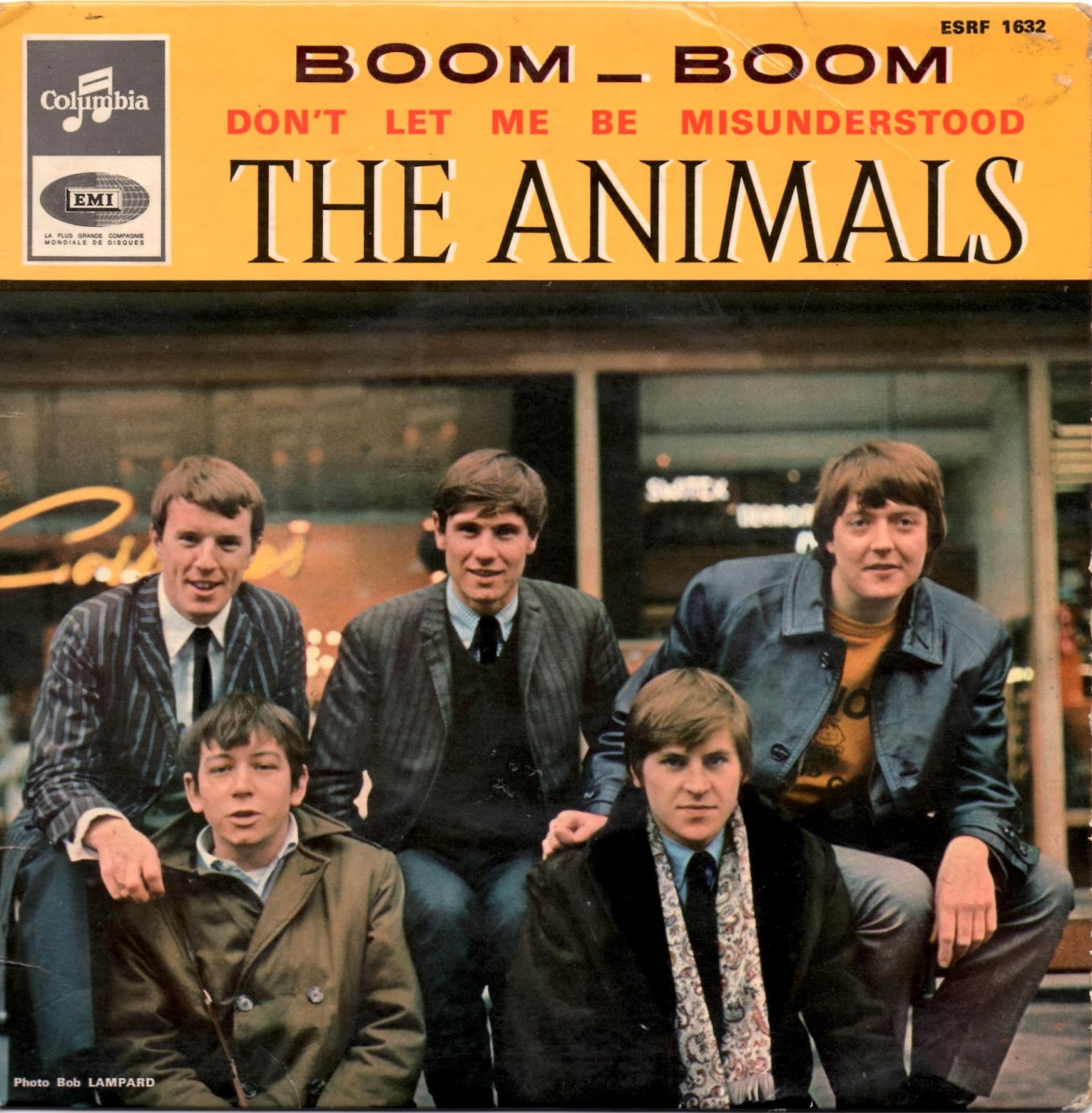 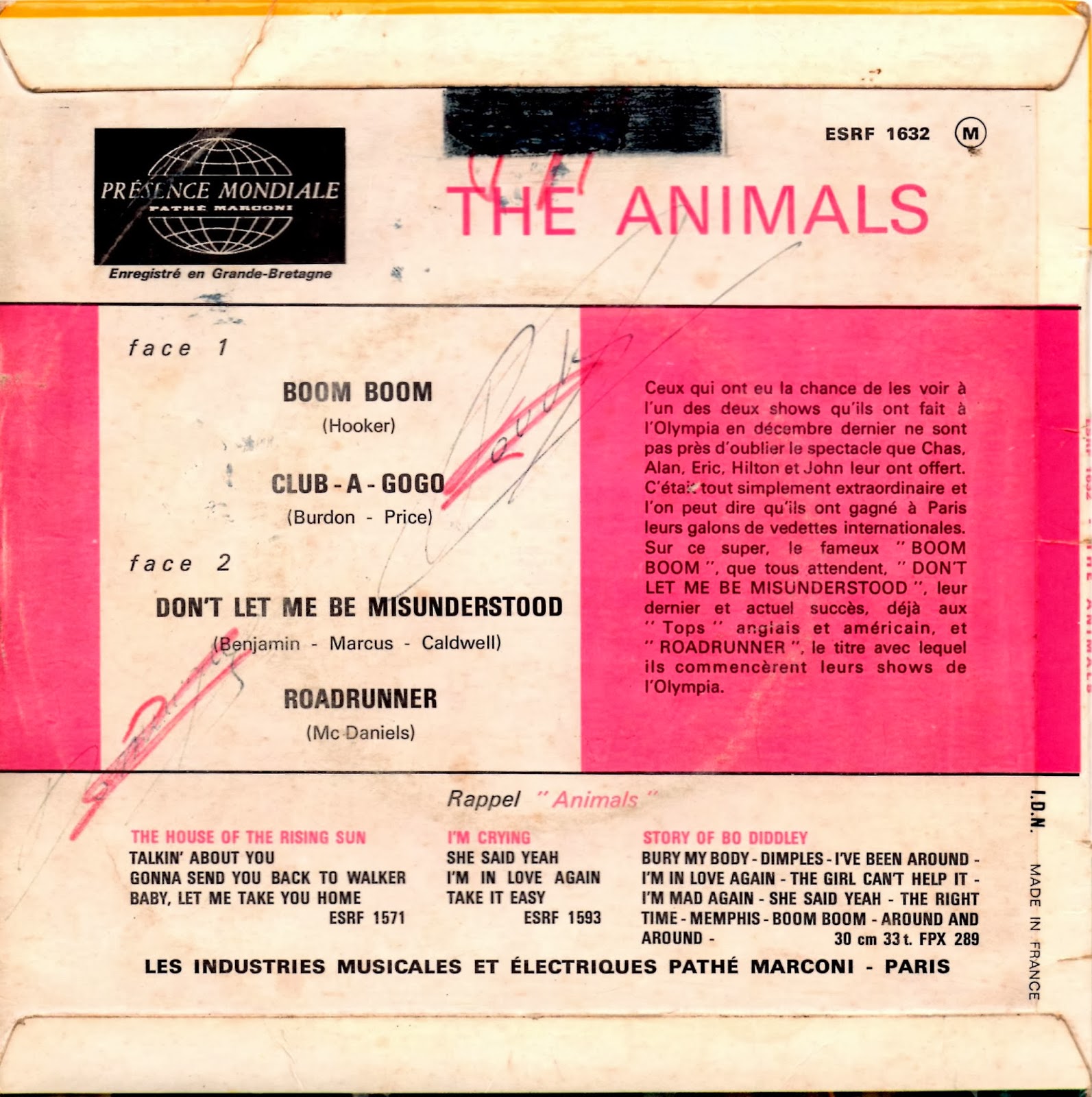 Carrying on the French theme of the last post - today I'm featuring this 1965 EP from The Animals.  Side One opens with this excellent version of John Lee Hooker's "Boom Boom" - and which amply shows there was a lot more to Eric Burdon and Co than 'The House of the Rising Sun', mainly in the field of R'n'B.  Next up you have an Animals original in the form of "Club -A-Gogo" which I think was one their regular venues as well as that of then current bands and blues legends - hence the name-checks on the fade-out. 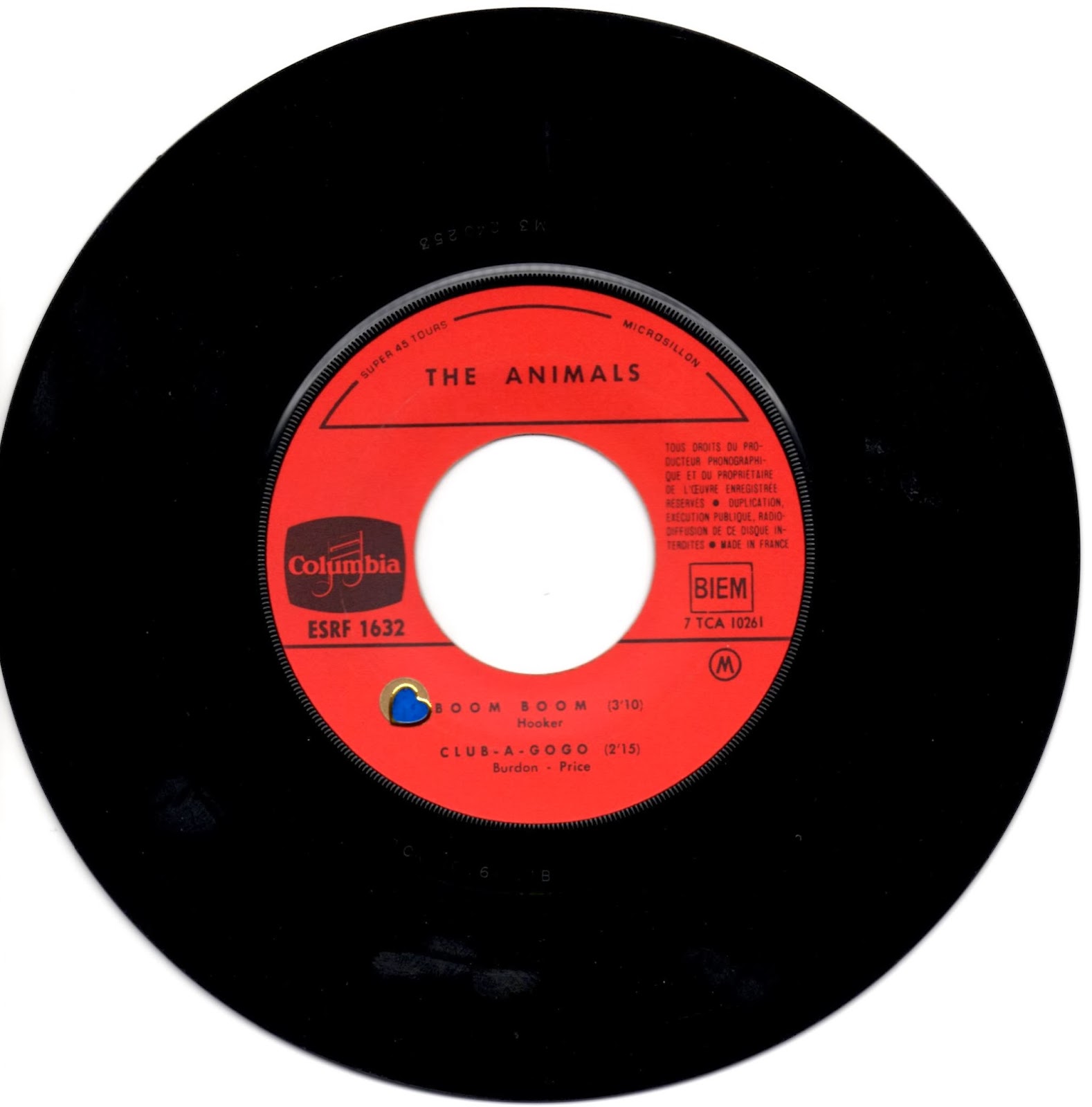 Side Two opens with what could've so easily been the lead track on this EP - their sublime interpretation of "Don't Let Me Be Misunderstood".  Originally written for and recorded by Nina Simone - this version really does do the song justice. It's this version was my intro to the song when I came across it on that early 70's MFP compilation of the Animals stuff from their time with Columbia.  The proceedings are rounded off with a version of Bo Diddley's "Roadrunner" which again doesn't disappoint. 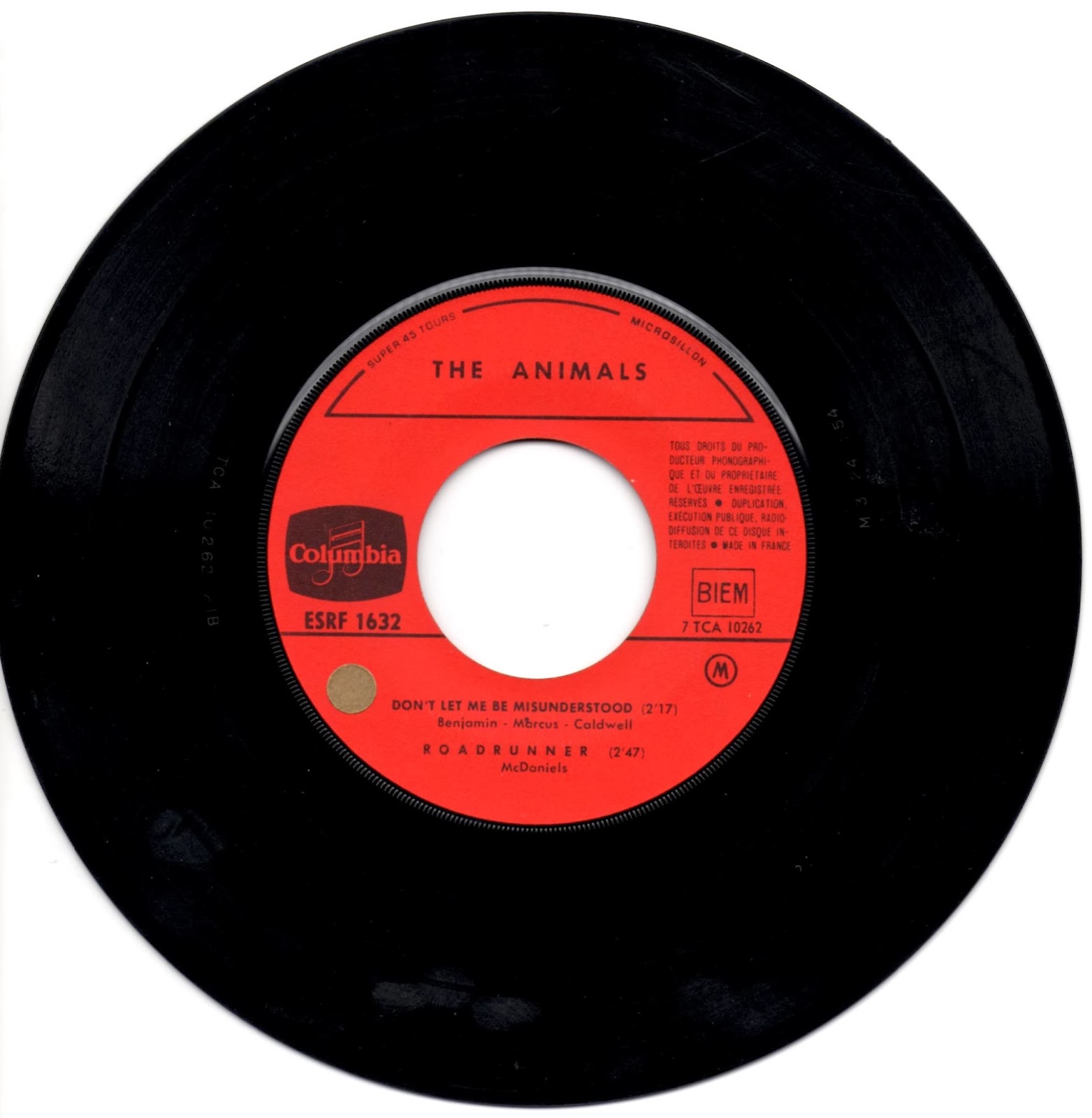