First on for Feb is this 1969 French single from Frank Zappa and the Mothers of Invention.  And not a single underage groupie or roadie/dodgy politician in sight! 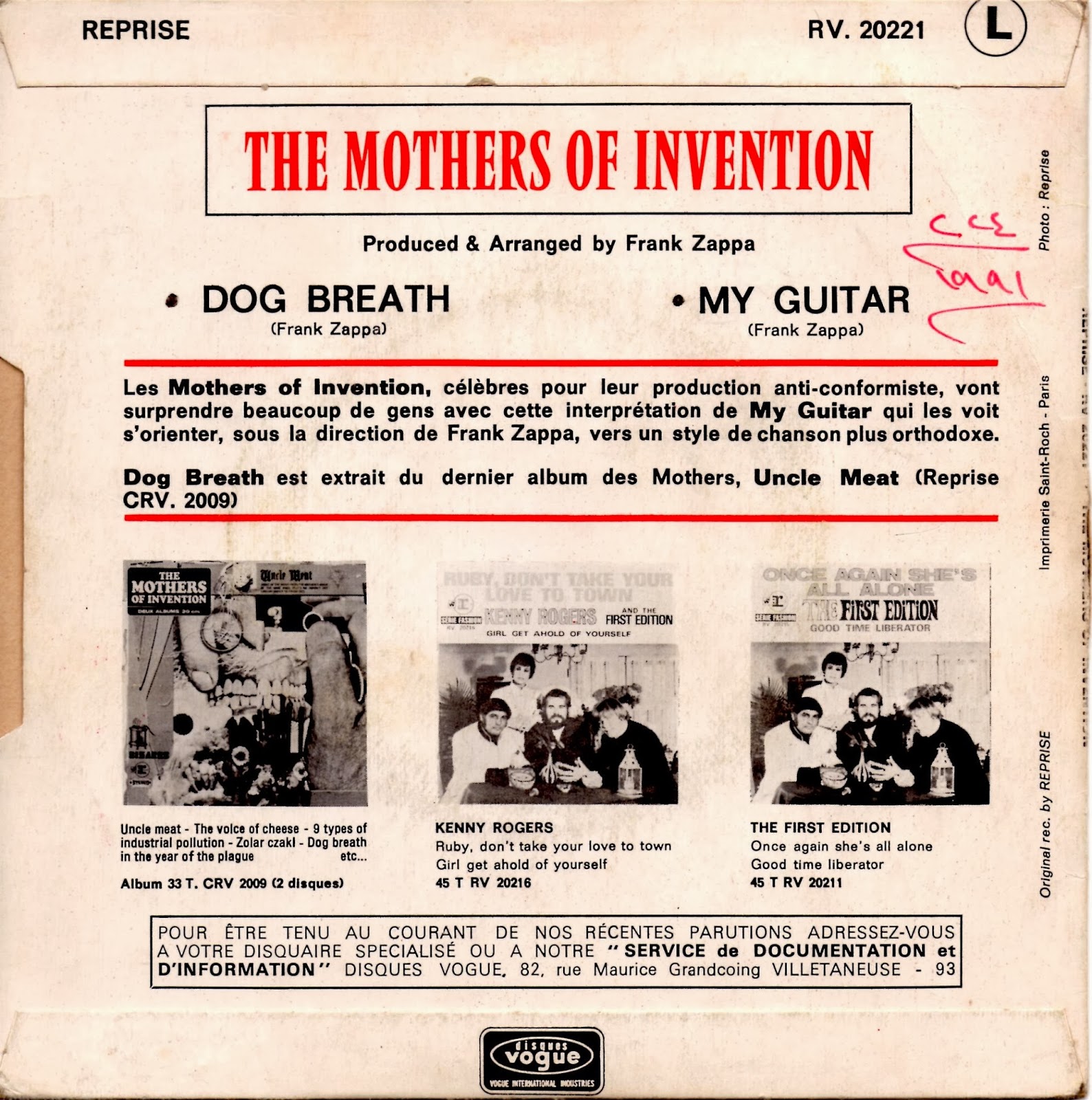 The A Side gives you "My Guitar" - which with it's longer title of 'My Guitar Wants To Kill You Mama' appears in a somewhat different mix on the parent 'Weasels Ripped My Flesh' LP.  What you a have here is a slower mid-tempo version with more of a Funk vibe to it, and without the speeded-up sax solos from Ian Underwood.  You can almost dance too it too! 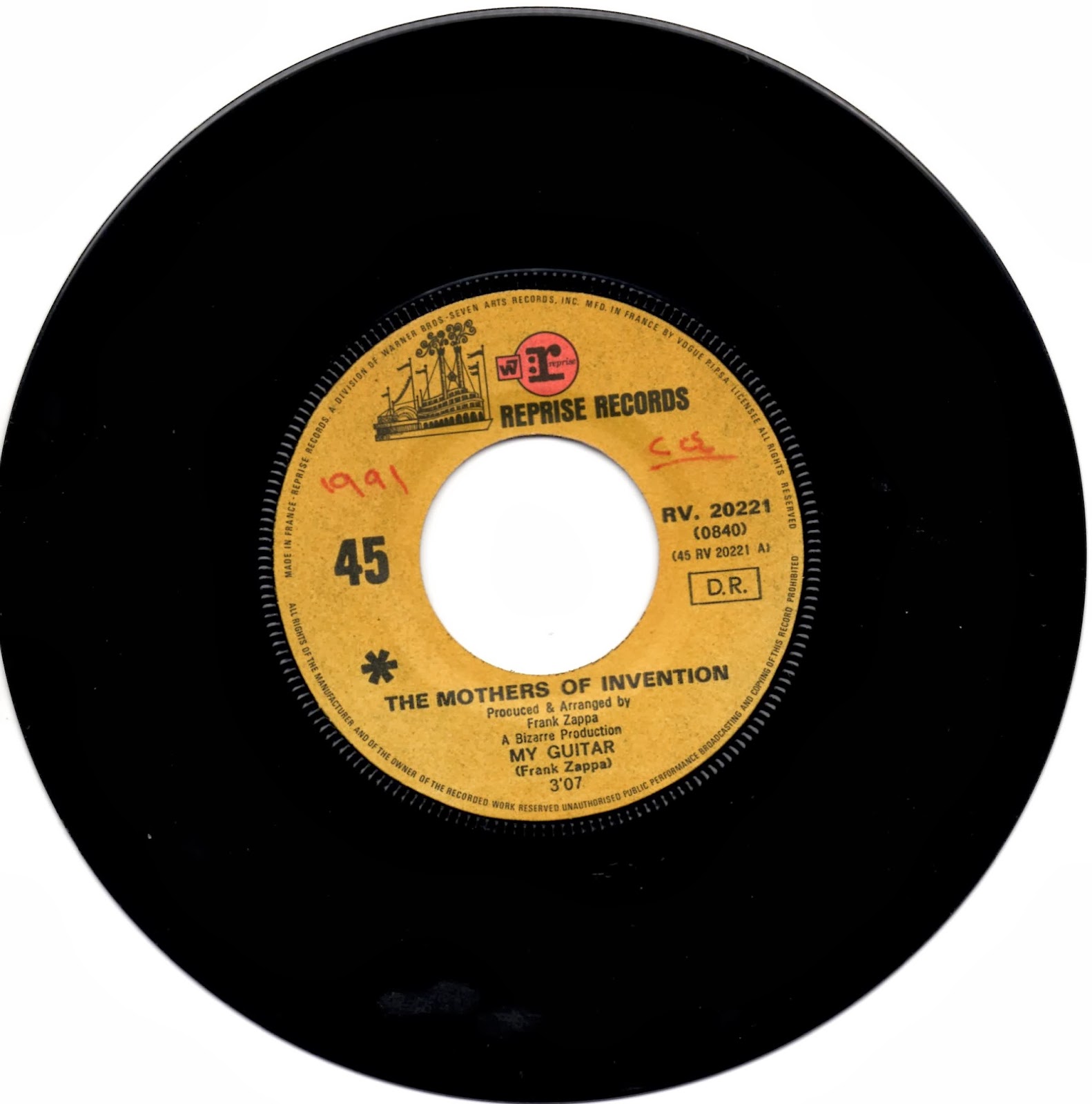 The flip side gives you "Dog Breath" - and again a somewhat different version from the on that appears on 'Uncle Meat'.  Here it's an instrumental take (if you discount the backing vocal la-la-la's on the intro and Frank's mutant doo-wop at the end of the track) - so just when you're expecting the fuzzy dice and bongos bit instead you get Zappa and Ian Underwood playing in synch on what would normally be the vocal part.  The effect is to make it sound more akin to the stuff on 'Hot Rats'. 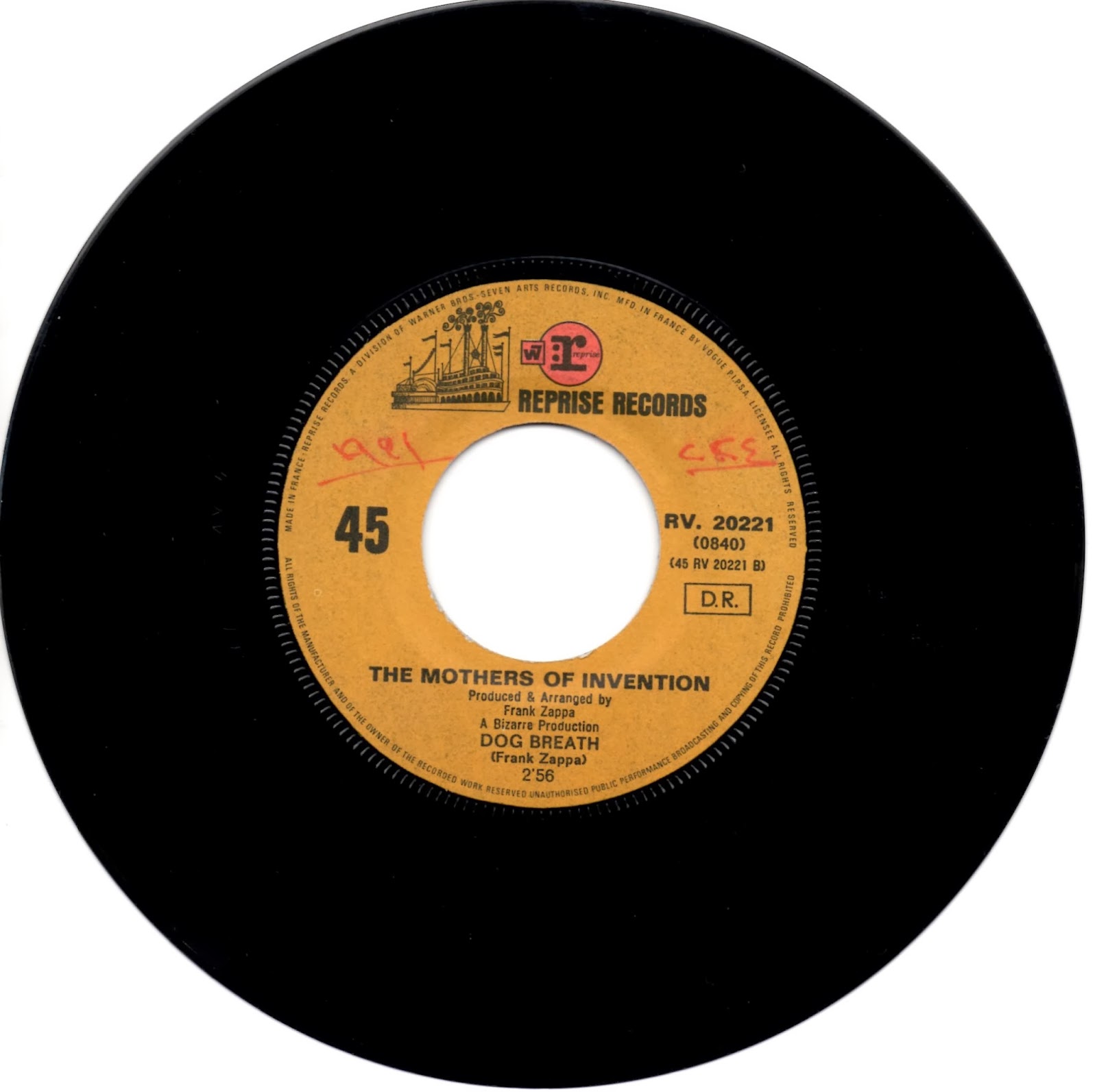 There's a copy of this on Discogs selling for £75 - so this one's probably worth around the £50 mark.  Not bad considering I only paid £20 for it back in Manchester a few years ago!