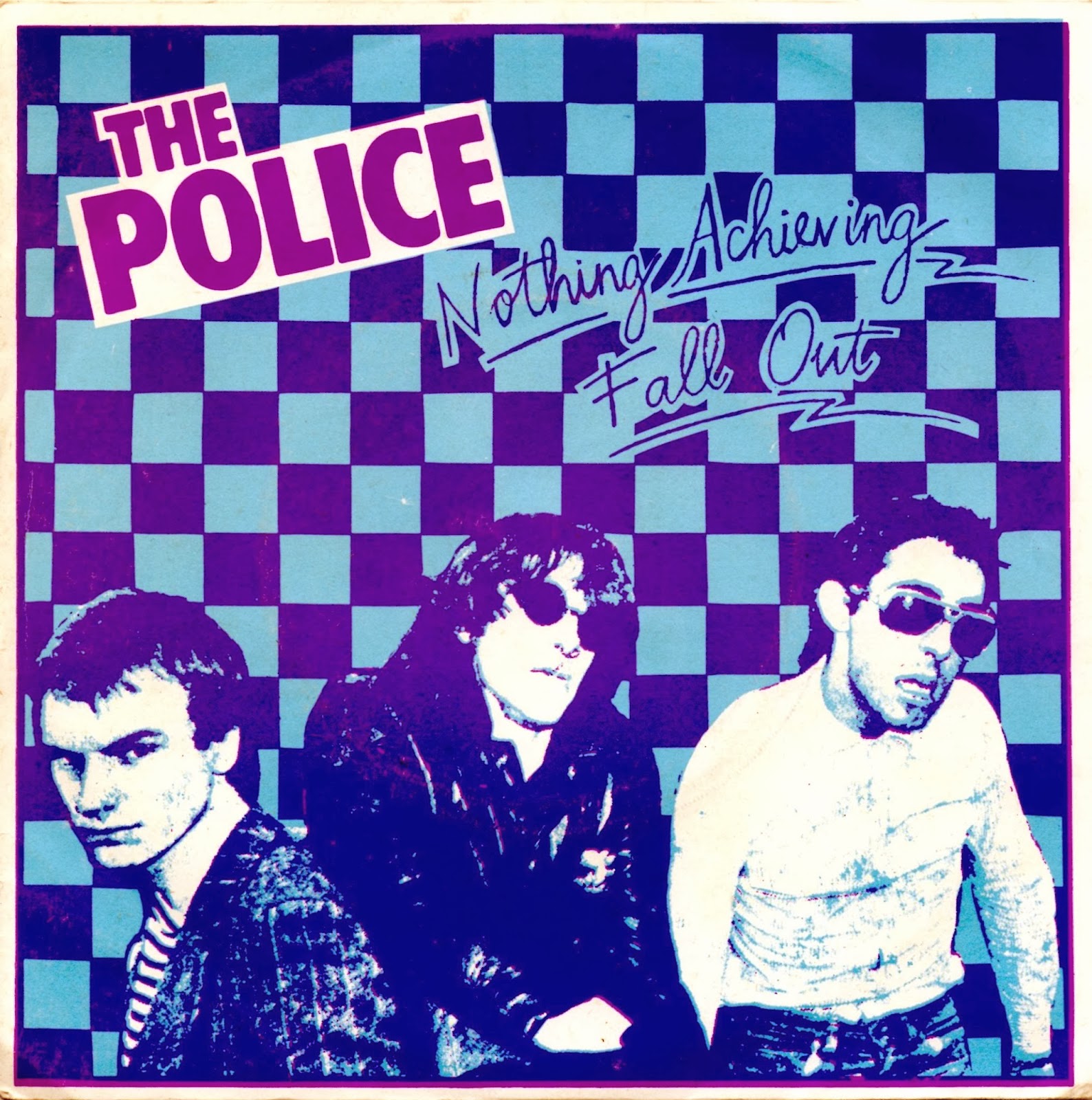 Carrying on with the 1977 theme and stuff released on Miles Copeland's Illegal label, this is obviously where to go next after the last post on John Cale - as the drummer of the band featured today was the brother of the label boss.  Stewart Copeland, the band's The Police, and it's their only one to feature original guitarist Henry Padovani. 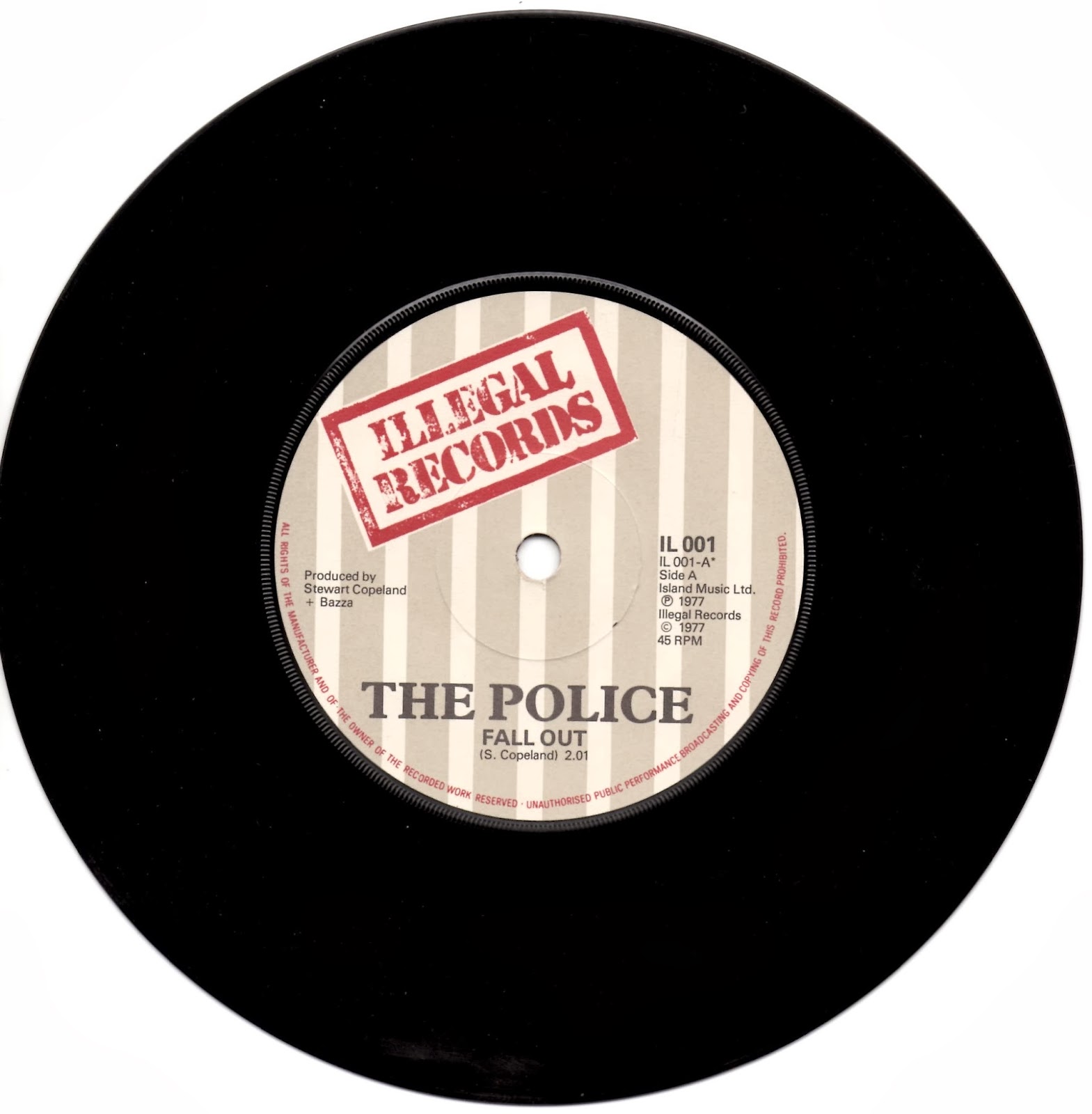 The A Side gives you "Fall Out" written by Stewart Copeland - and a decent slice of 1977 style New Wave stuff.  The single itself got reissued in 1979 when the group had broken big with 'Message In A Bottle' - which is when I bought it (WH Smith's in Whitehaven if memory serves).  Main way to tell this apart from the '77 original is the different label design (see the Cale post to see how the original looks). 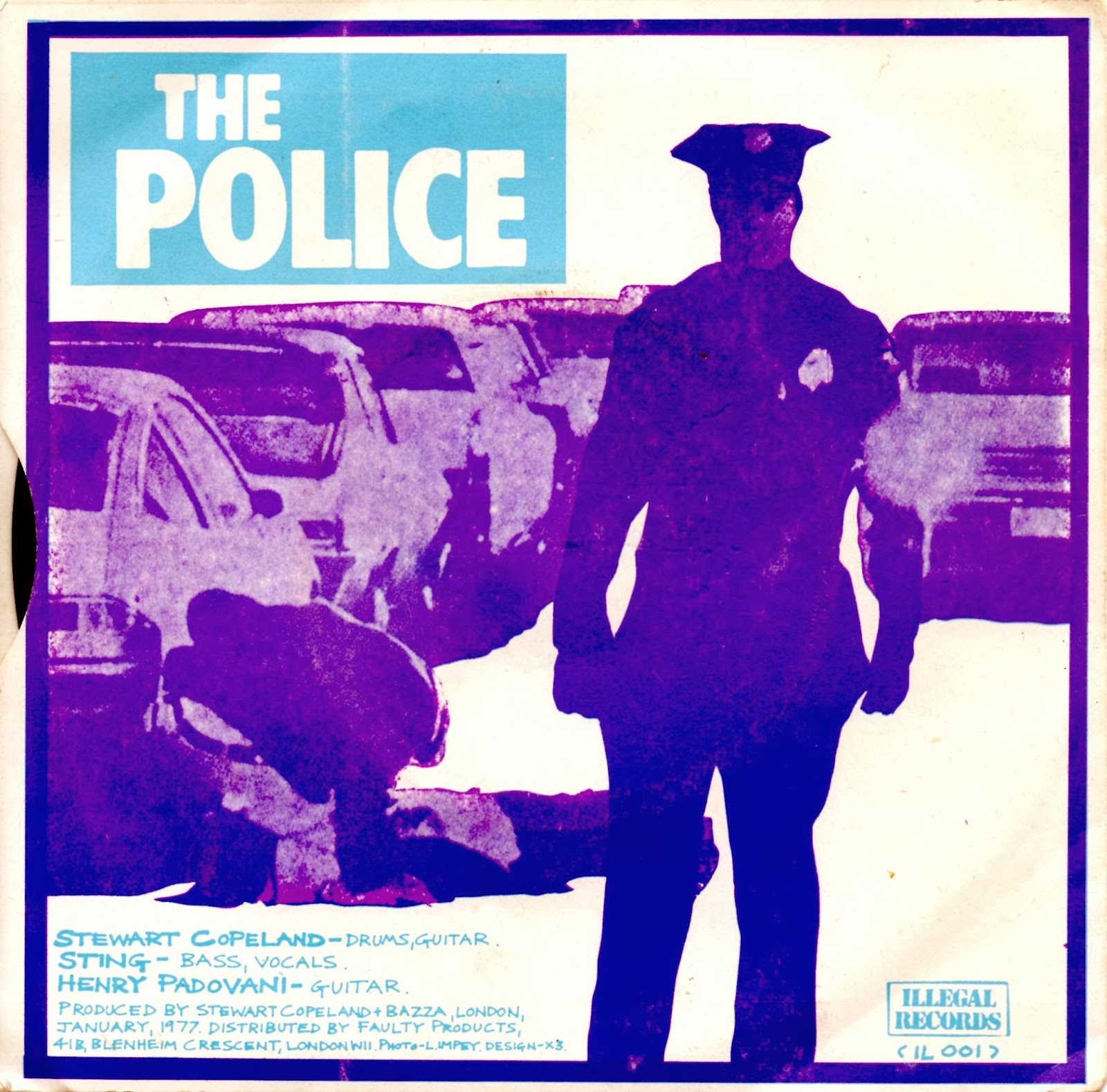 The flip side gives you "Nothing Achieving" and again not written by Sting - in this case by Stewart Copeland and his brother Ian. And like the A Side it's interesting to hear what Sting and Co sounded like when they were just starting out (and before the ego started clashing), and before fame and the pitfalls the accompanied that came along. 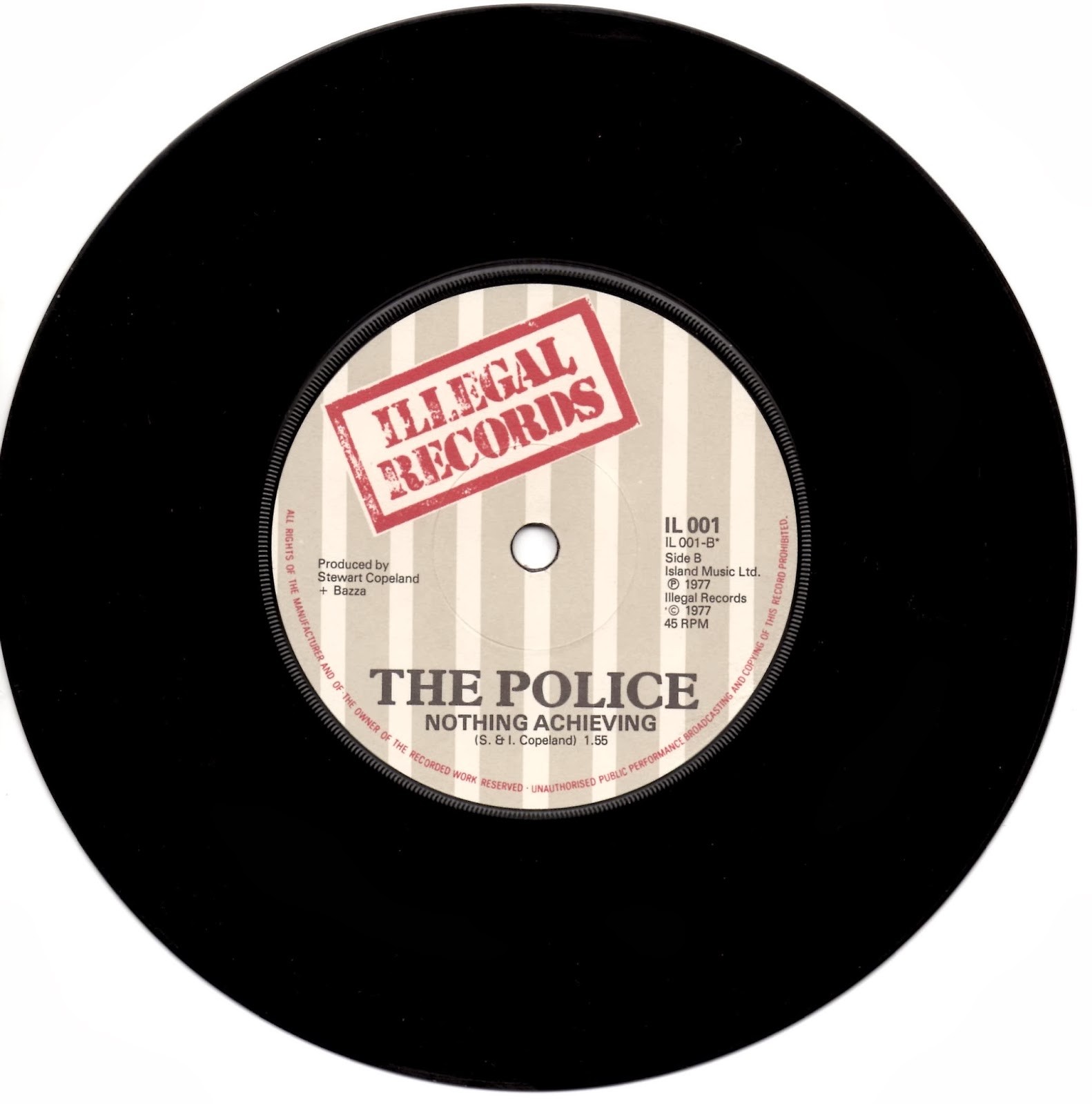 In case you're wondering whatever happened to Henry Padovani - he lasted till the group briefly expanded to a fourpiece when Andy Summer's joined.  Then after being sacked in favour of the more proficient Andy Summers, joined Wayne/Jane Country and the Electric Chairs before becoming vice-president of Miles Copeland's IRS label (the one that R.E.M. started with before they switched to Warners).

And Sting learned to play the lute!
Posted by BrianW at 07:58