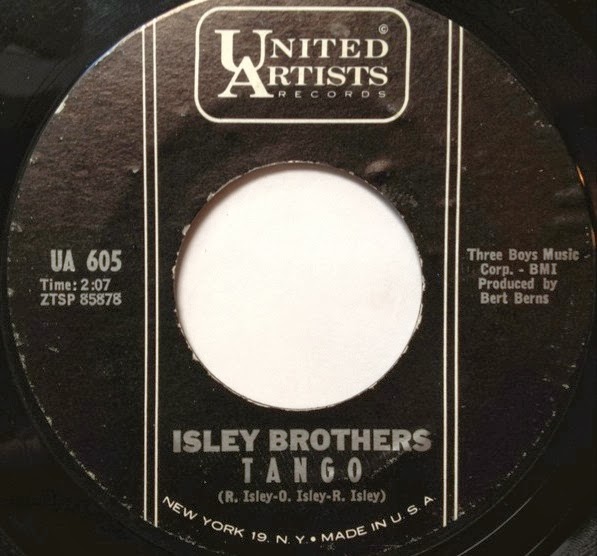 Continuing the Soul tango theme from the last post, the only place you can really go next is this 1963 offering from The Isley Brothers issued on United Artists. 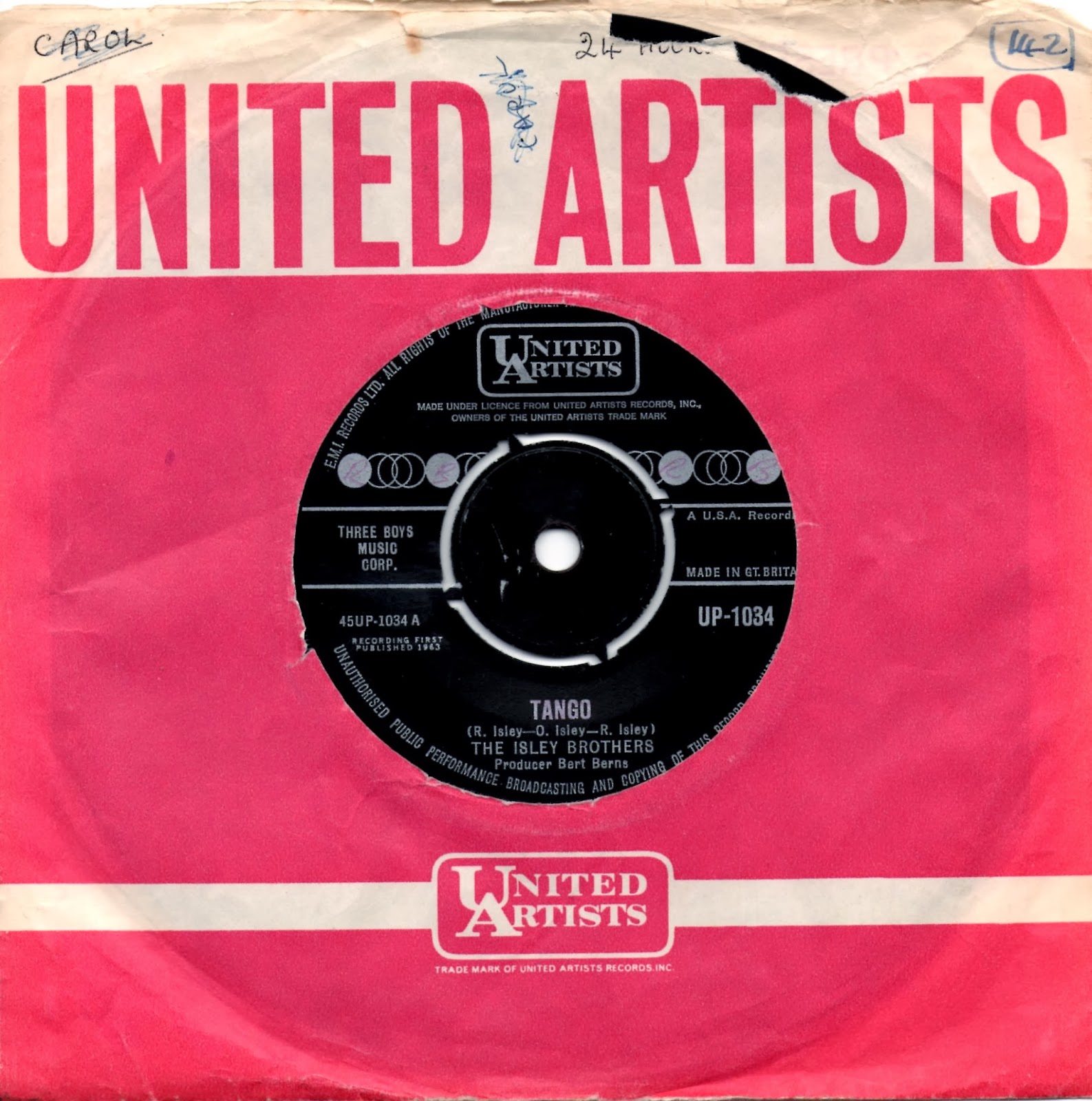 The A Side is the aforementioned "Tango" - but a tango done in that distinctly Isley Brothers style.  Topped off with a  great lead vocal from Ronnie Isley the production comes courtesy of Bert Berns, and it's one of those tunes that doesn't disappoint in the slightest.  Although the image that thrown up is a bit of an interesting one to say the least! 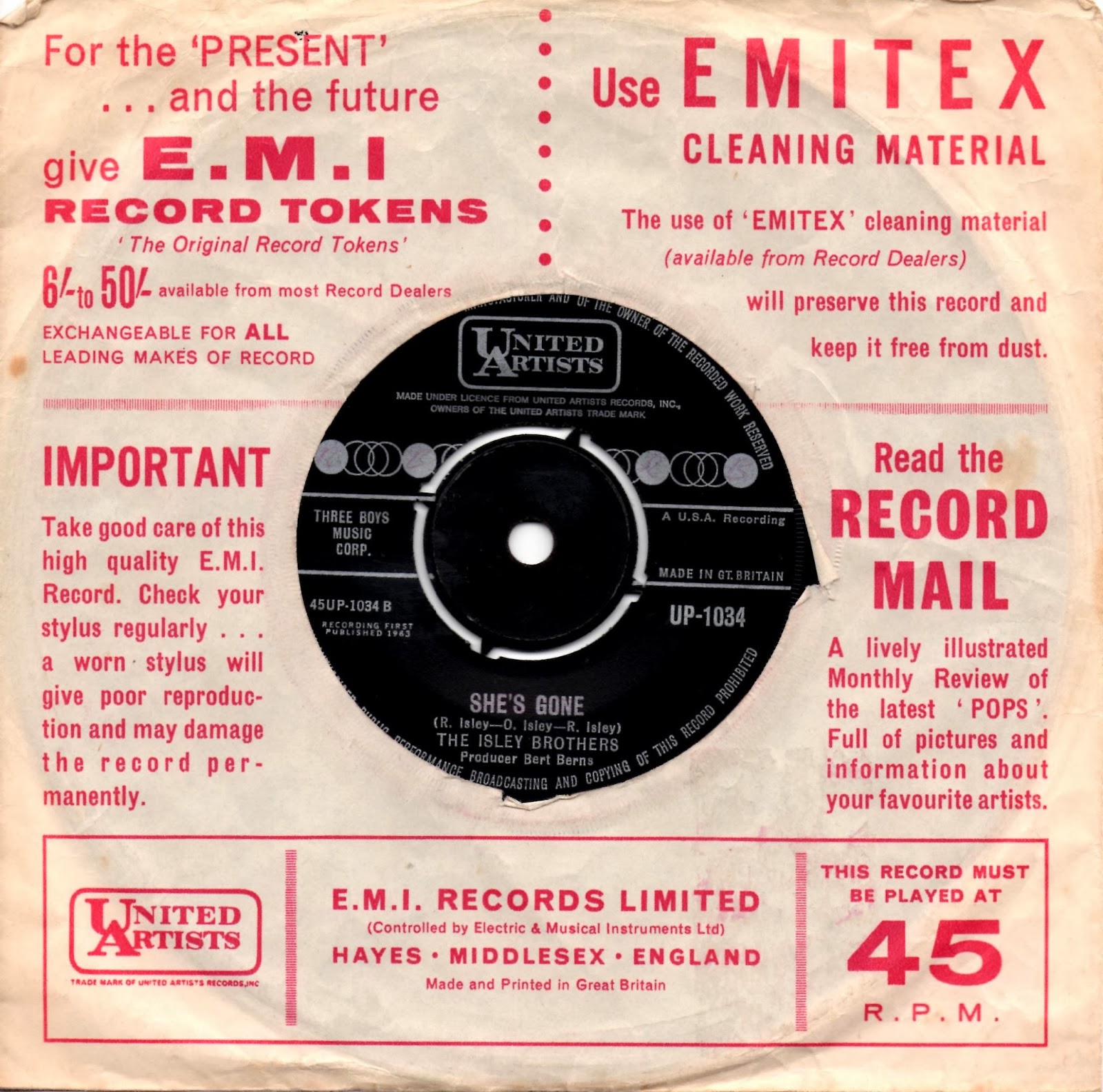 The B Side's pretty good too!  Which in this case is another Isley's penned tune in the shape of "She's Gone".  A great bit of dramatic Soul in the style of Jackie Wilson (and don't forget that 'Shout' was developed from a improvised vamp on another Jackie Wilson tune) and again well worth a listen.  Like the A Side it's one that I first came across on the compilation that Stateside put out in the late 80's 'Let's Go' which pulled together most of the sides the Isley's did for United Artists - with the exception of the one that came out on Veep just before they signed to Motown (and alleged to feature Hendrix on guitar).