Artist: Bettye Lavette; Title: LET ME DOWN EASY; Label: MOJO; Format: 7";
Cat. No.: 2092-030; Year: 1972; Country: UK
Today I'm featuring this 1972 3 track single from Bettye Lavette issued on Polydor's Mojo imprint.  The A Side is the searing bit of Soul that is "Let Me Down Easy".  Originally released on Calla (102) in the US in 1965 and co-written by Dee Dee Ford, the best way to drescribe the tune - a Soul-Tango.  There's a slightly longer take of this which surfaced on the rather excellent Bettye Lavette/Carol Fran set that came out on EMI's Stateside label in 2005.  There's a later version that Bettye cut for Karen in 1969 - but the version here (as far as I'm aware and playing the 7" against an LP version AND the CD version assures me that the Mojo issued version IS the original! 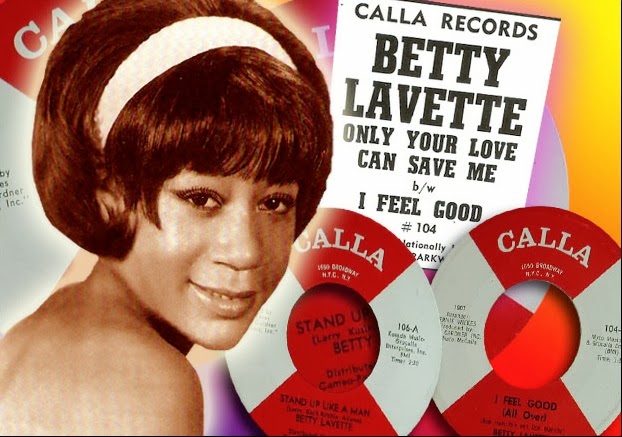 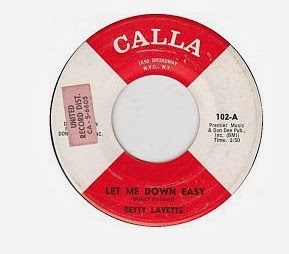 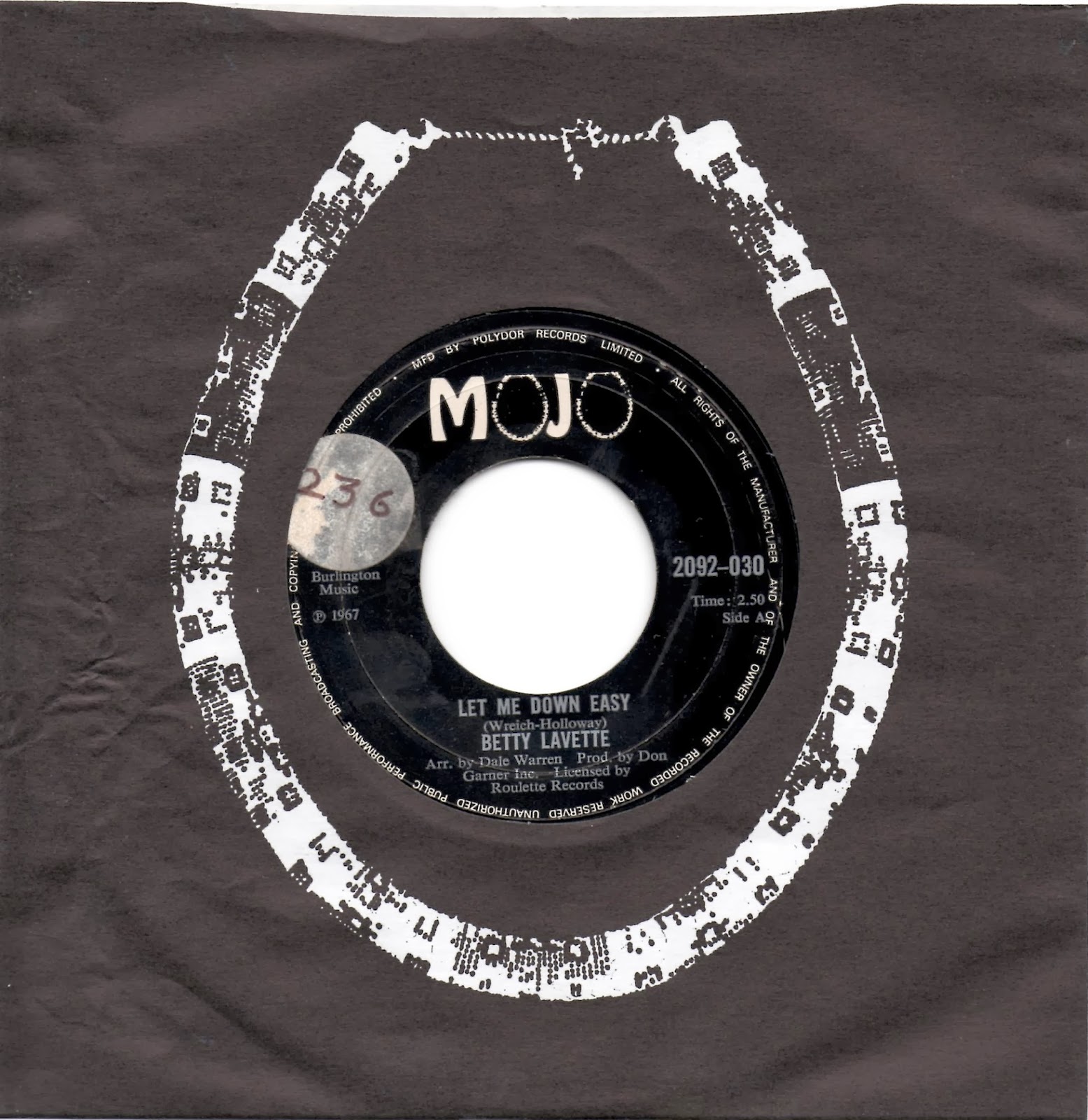 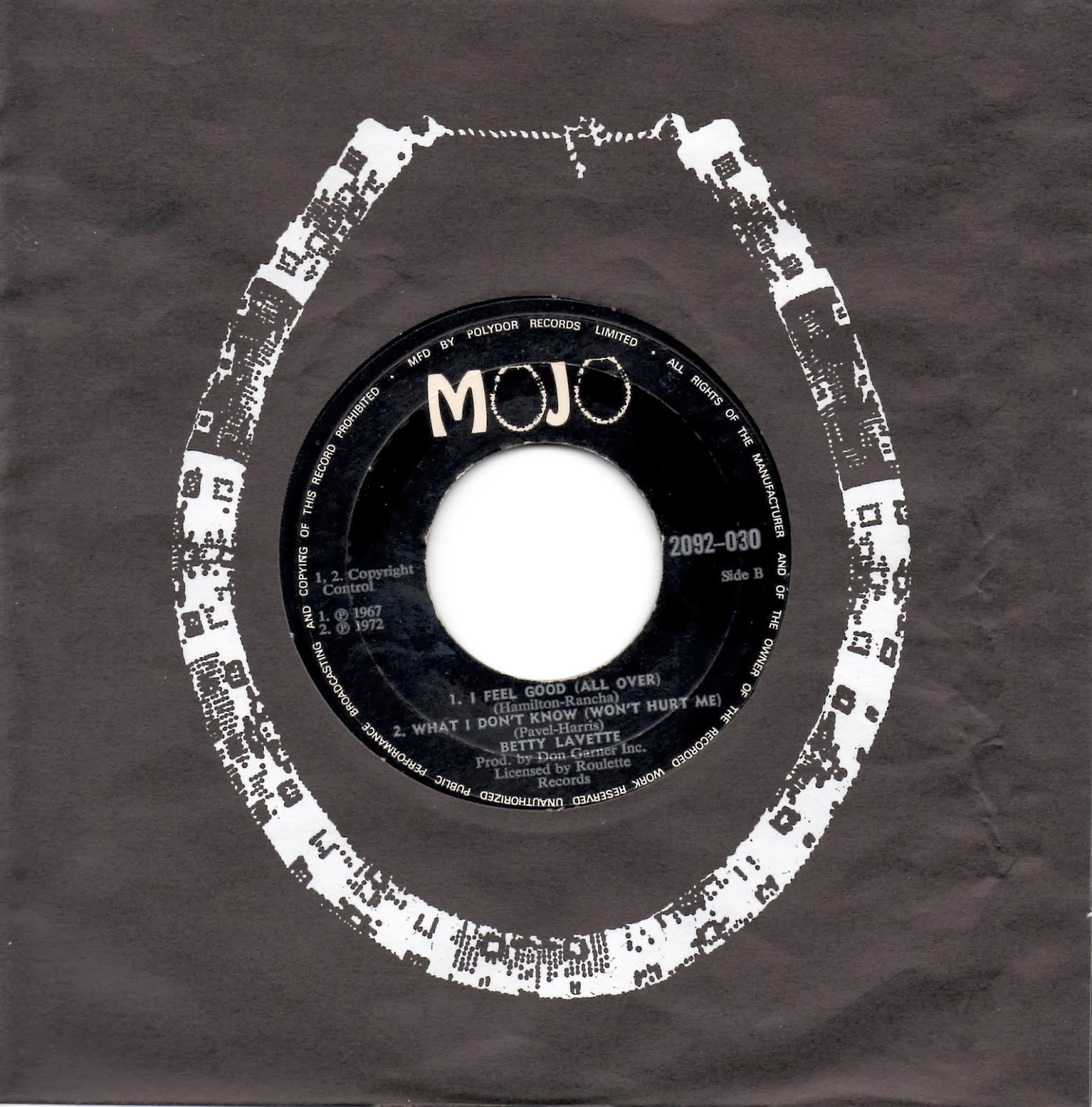 The flip side gives you two tracks.  First up is "I Feel Good (All Over)" Again originally released on Calla (104) - and a cracking bit of a Northern Soul foot-stomper that doesn't disappoint in the least.  And well worth checking for few talcum spins! The proceedings are rounded off with "What I Don't Know (Won't Hurt Me)" - another good Hammond-driven dancer, originally from the flip side of Calla 102, that like the other two tracks are well worth checking out (if you're not already familiar with them that is !).
Thanks in part to the great discography on the Soulful Kinda Music website (a must for Soul fans!) and the official Bettye Lavette website for confirming what I've got down is as right as possible.  Otherwise I'm not doing my job on this blog!
Posted by BrianW at 07:14