WHEN ERIC & THE ANIMALS WENT NORTHERN

Artist: ERIC BURDON & THE ANIMALS; Title: HELP ME GIRL; Label: DECCA;
Format: 7"; Cat. No.: F 12502; Year: 1966
1966 single from Eric Burdon and the Mark II version of the Animals - in this case Eric Burdon and drummer Barry Jenkins and the deliberate move away from the type of material increasing foisted on them by their producer at EMI, Mickie Most.  A year before the Animals had left EMI and signed with their US distrubution label MGM - with UK distribution switching over to Decca - but as with a lot of bands in the 60's the constant pressure of touring/promoting that you do on a worldwise basis and when you're one of the spearhead bands of The British Invasion starts to take it's toll.  Various founding members left - most noticeably Alan Price and Chas Chandler - and others only lasting a year or so.  So by the time this 1966 single is released it's pretty much Eric Burdon and whoever else was to hand. 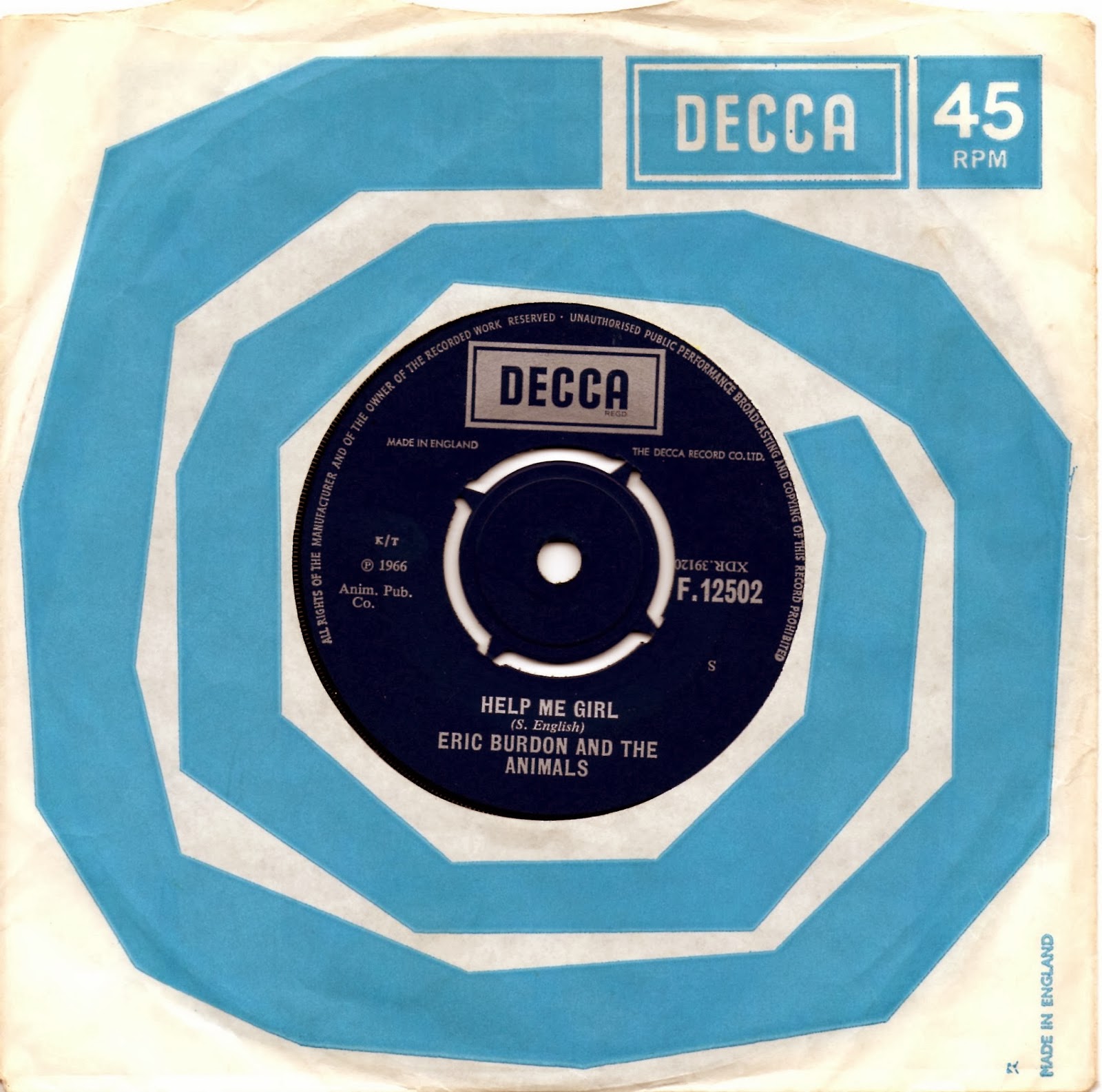 But having said the above "Help Me Girl" is a a bit of brilliant tune - produced by Tom Wilson (who's other clients at this time included both Dylan and The Velvet Underground) - and (something I wasn't aware till I hear it at an allnighter) one of those tracks that had found favour on the Northern Soul scene.  It surprised me a bit at the time, but having listened to it again tonight while preparing this post I can easily see why. Plus with Eric Burdon being a R'n'B/Soul fan I'm fairly certain he's happy with the kudos it's got in that respect. 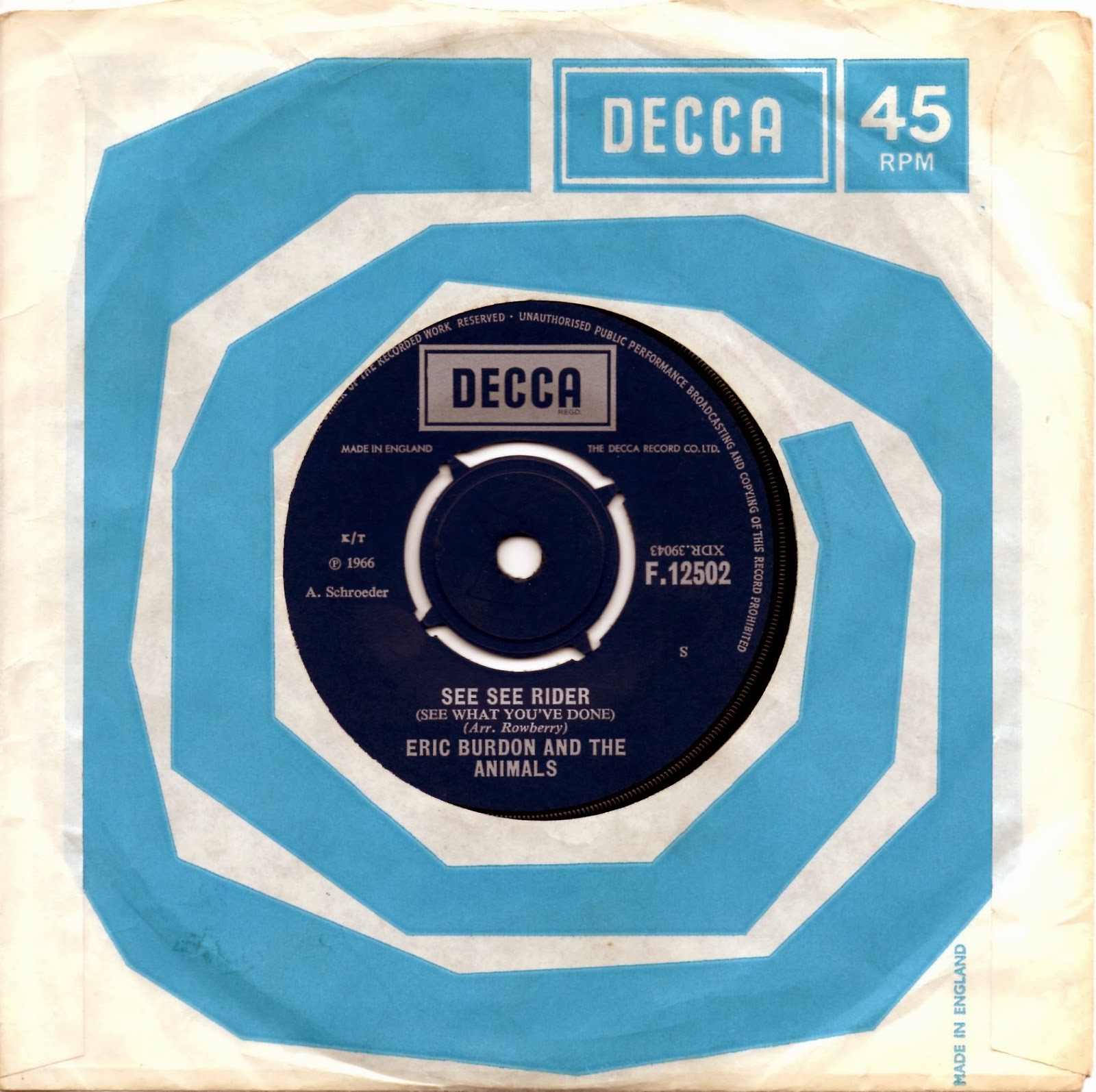 The flip side gives you "See See Rider (See What You've Done)" which a Blues standard which has gone under a number of slight title variations over the preceding decades, and one of those tunes that any self-respecting and aspiring blues musician knows down deep into their DNA. 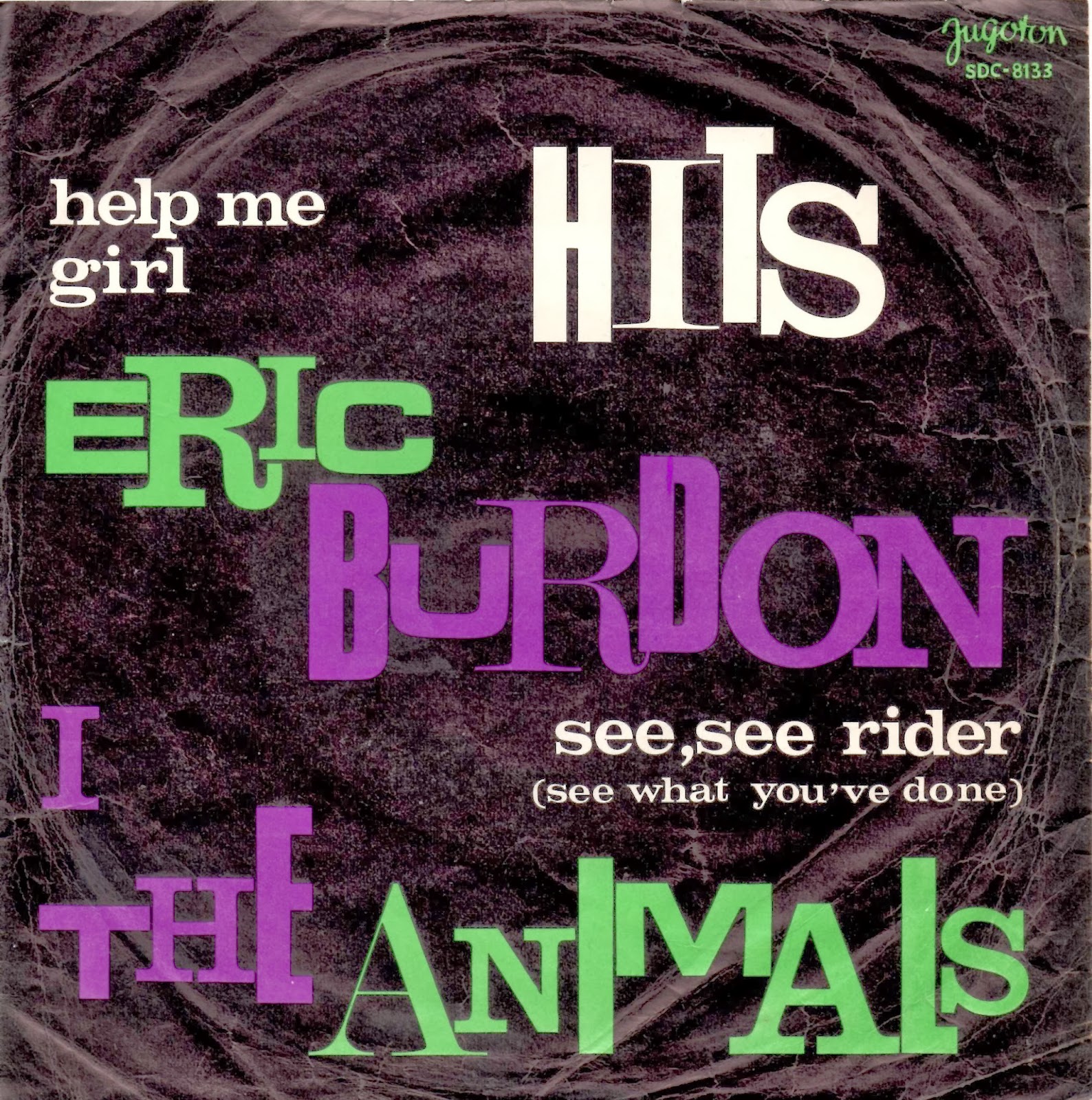 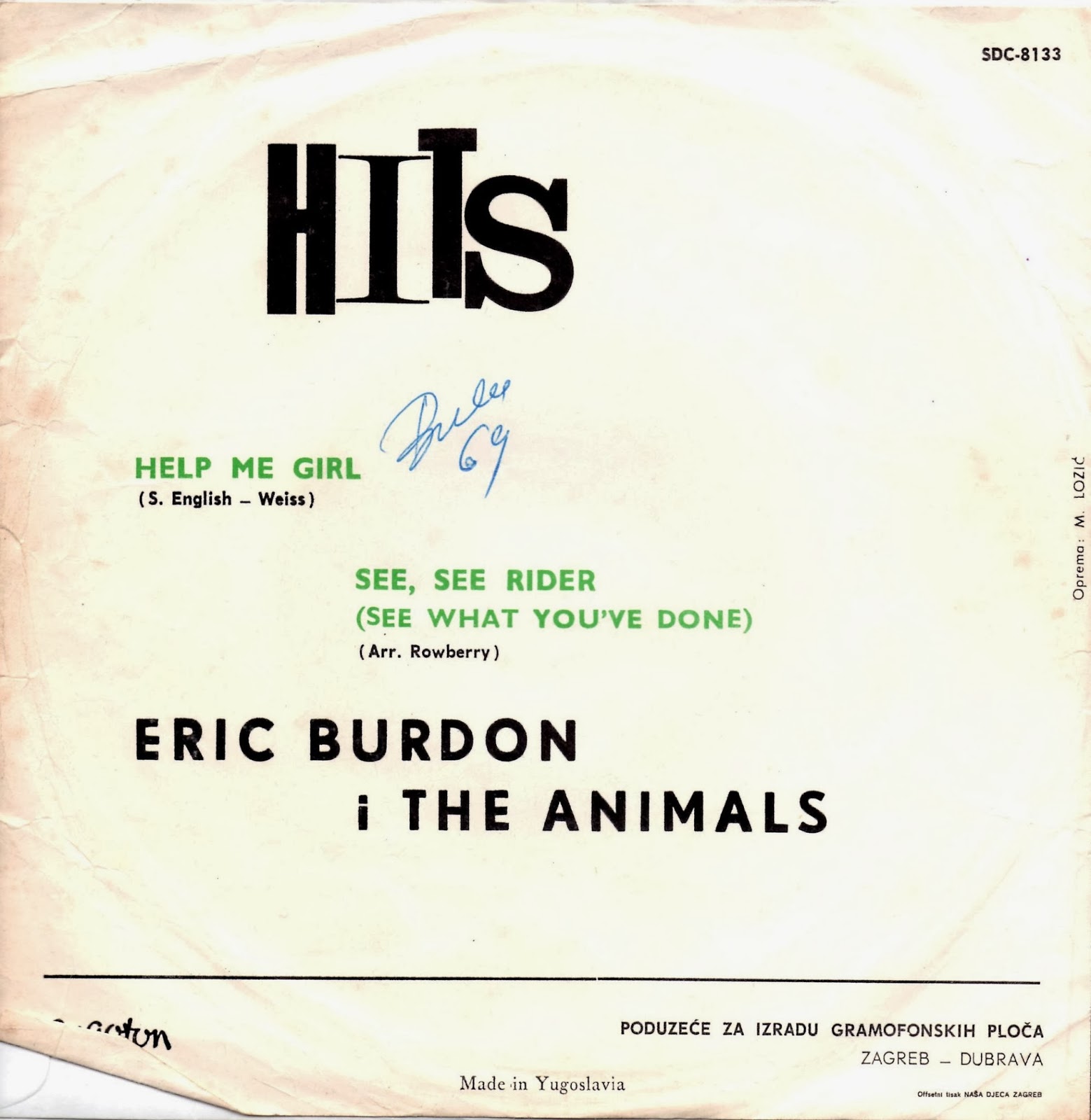 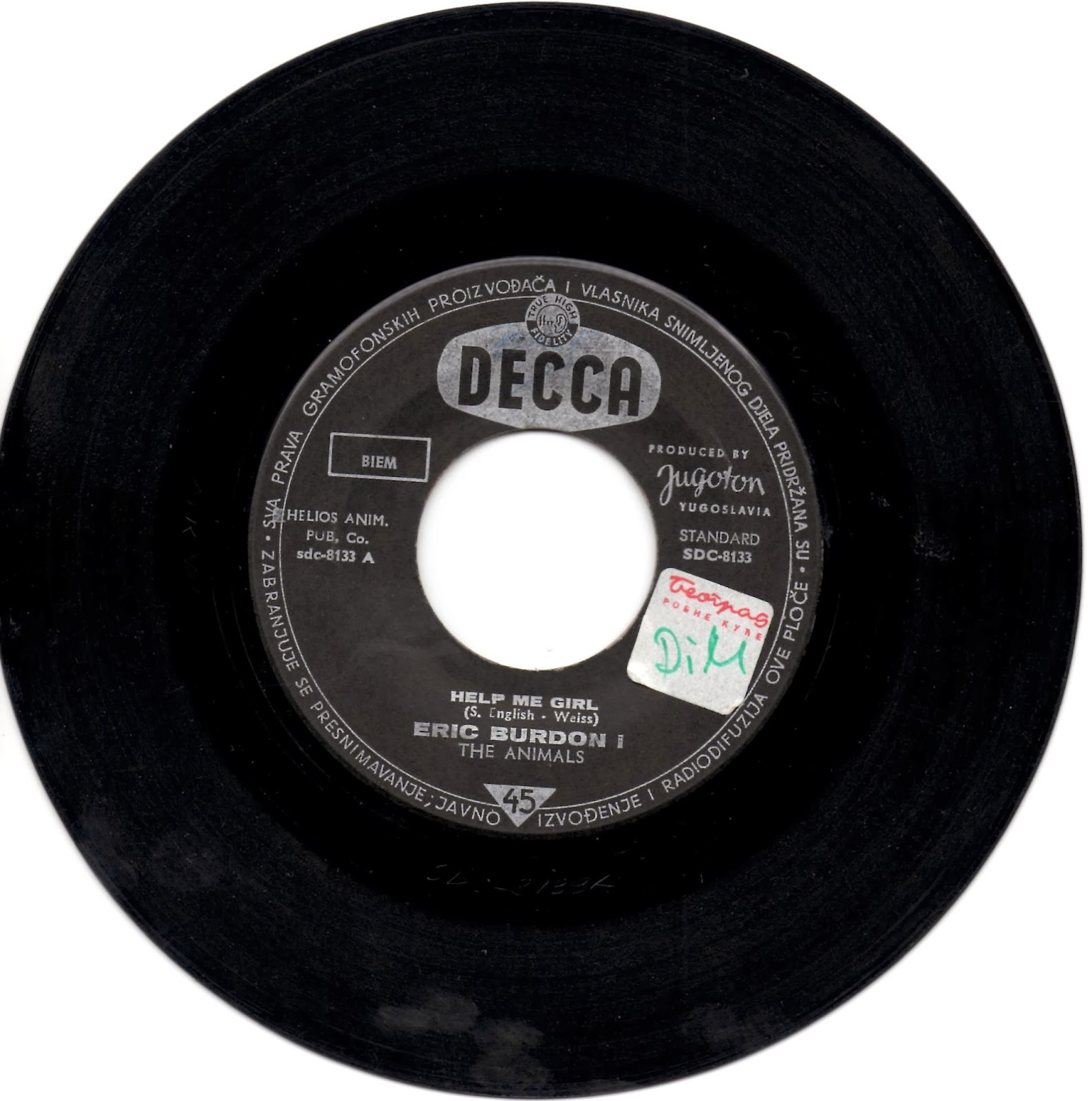 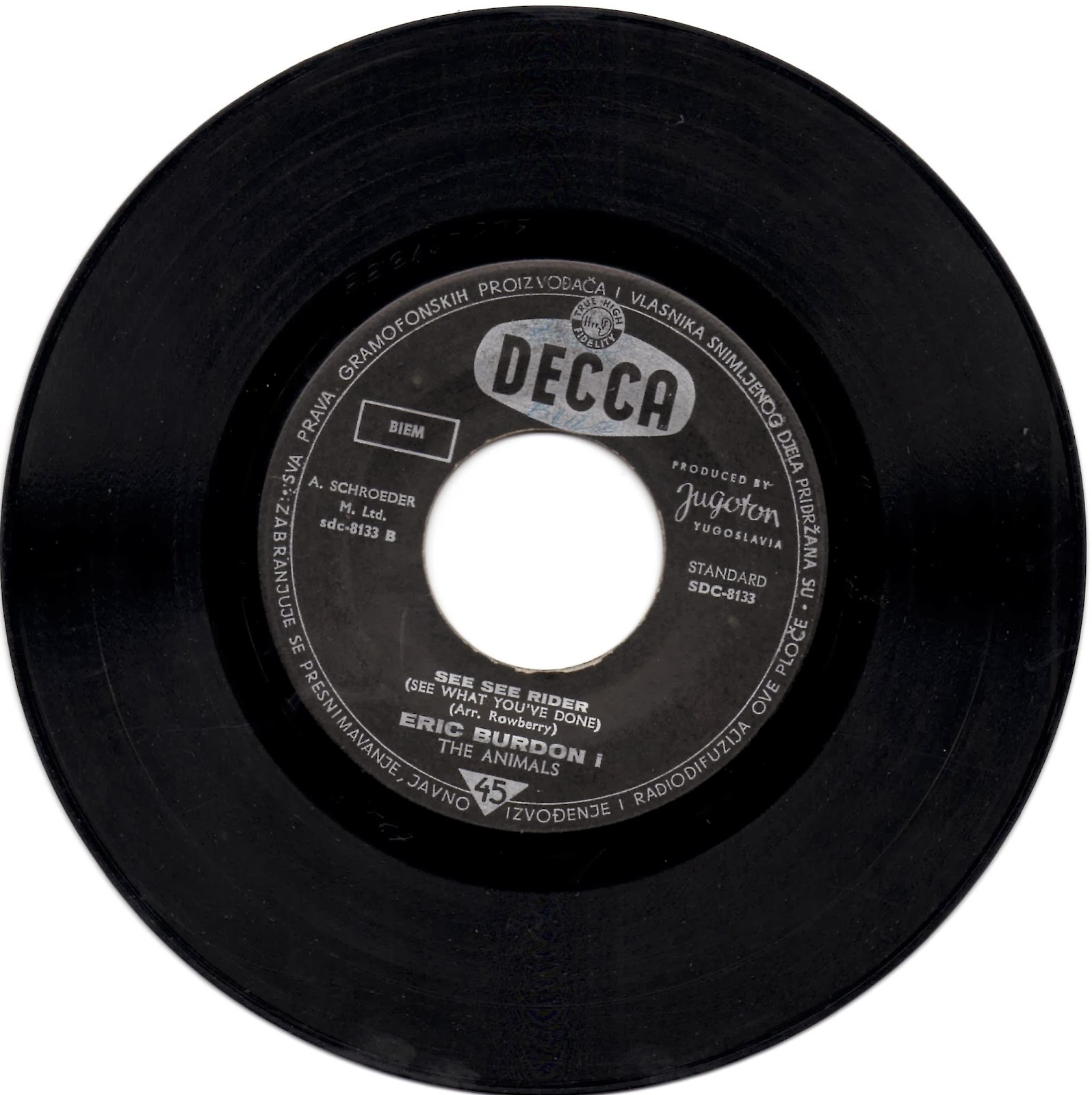 This single's one I've picked up a few copies of over the years - obviously the UK original on Decca, a Yugoslav copy - which has the same B Side as the UK version - labels scans included.  And the US version on MGM which doesn't.  The B Side is this case is a track called "That Ain't Where It's At" - another Blue-Eyed Soul flavoured track which like the A Side comes from the US only issued  'Eric Is Here' LP. Again well worth checking out/tracking down on that there internet and all good music retail type places! 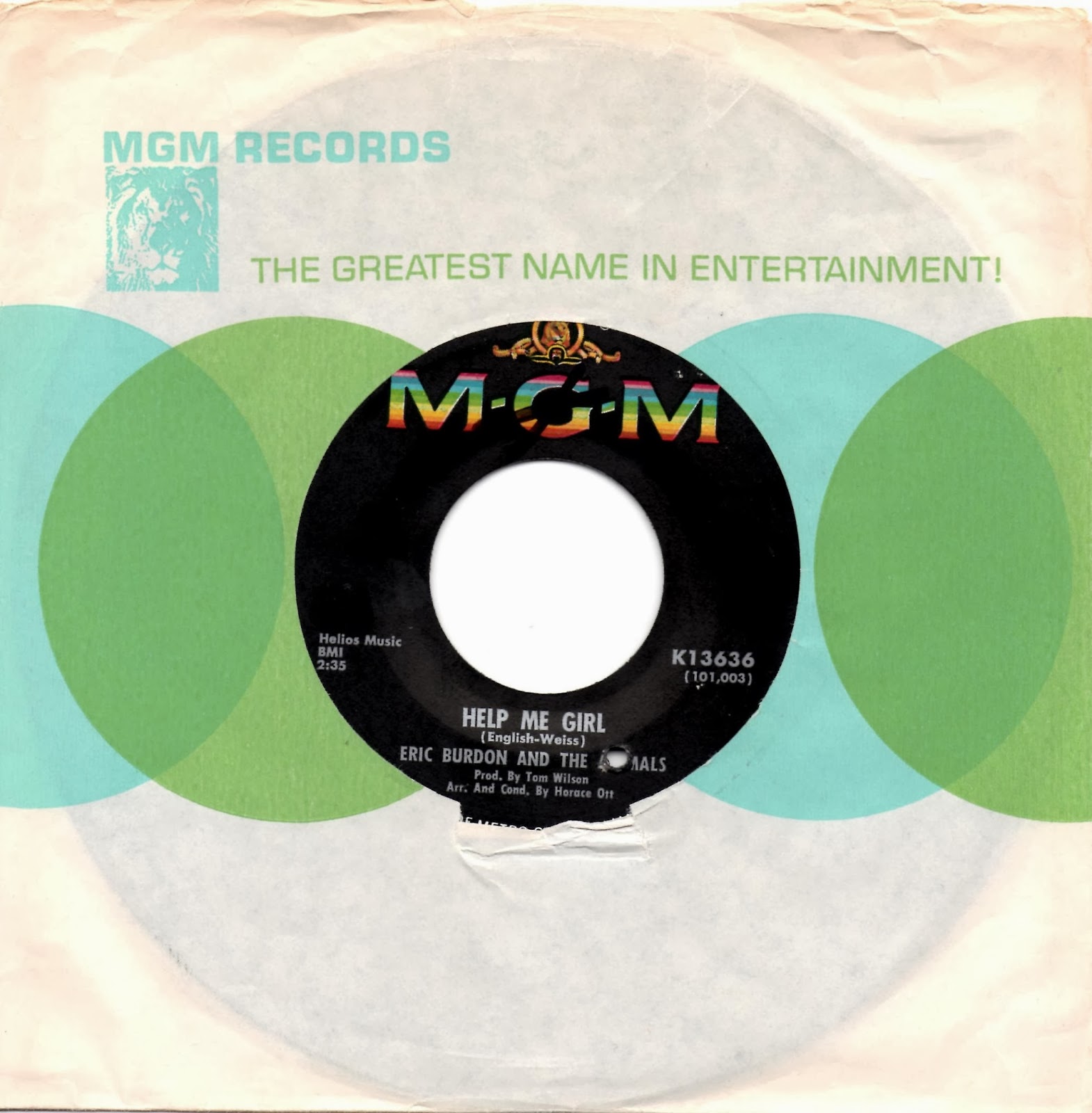 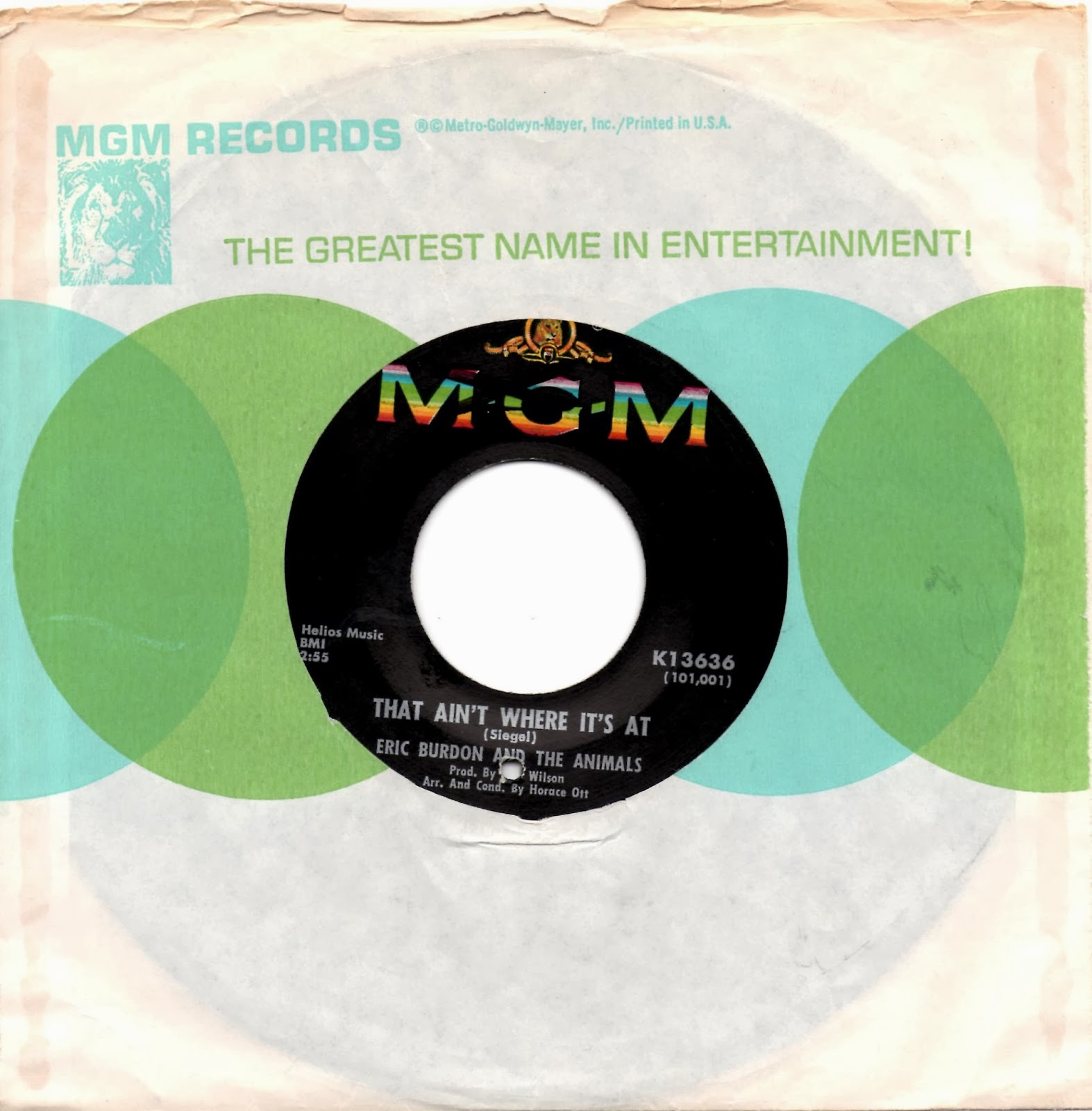