Bit of Northern Soul curio for you today - not that artist is concerned one you'll never had heard, quite the opposite in fact, but that this 1970 single from Van Morrison was picked up by the Northern Soul scene.  Although the sight of Ole Grumpy Draws doing a few talcum spins on the dance at the Wigan Casino would have been something to see!  Anyway onto the music. 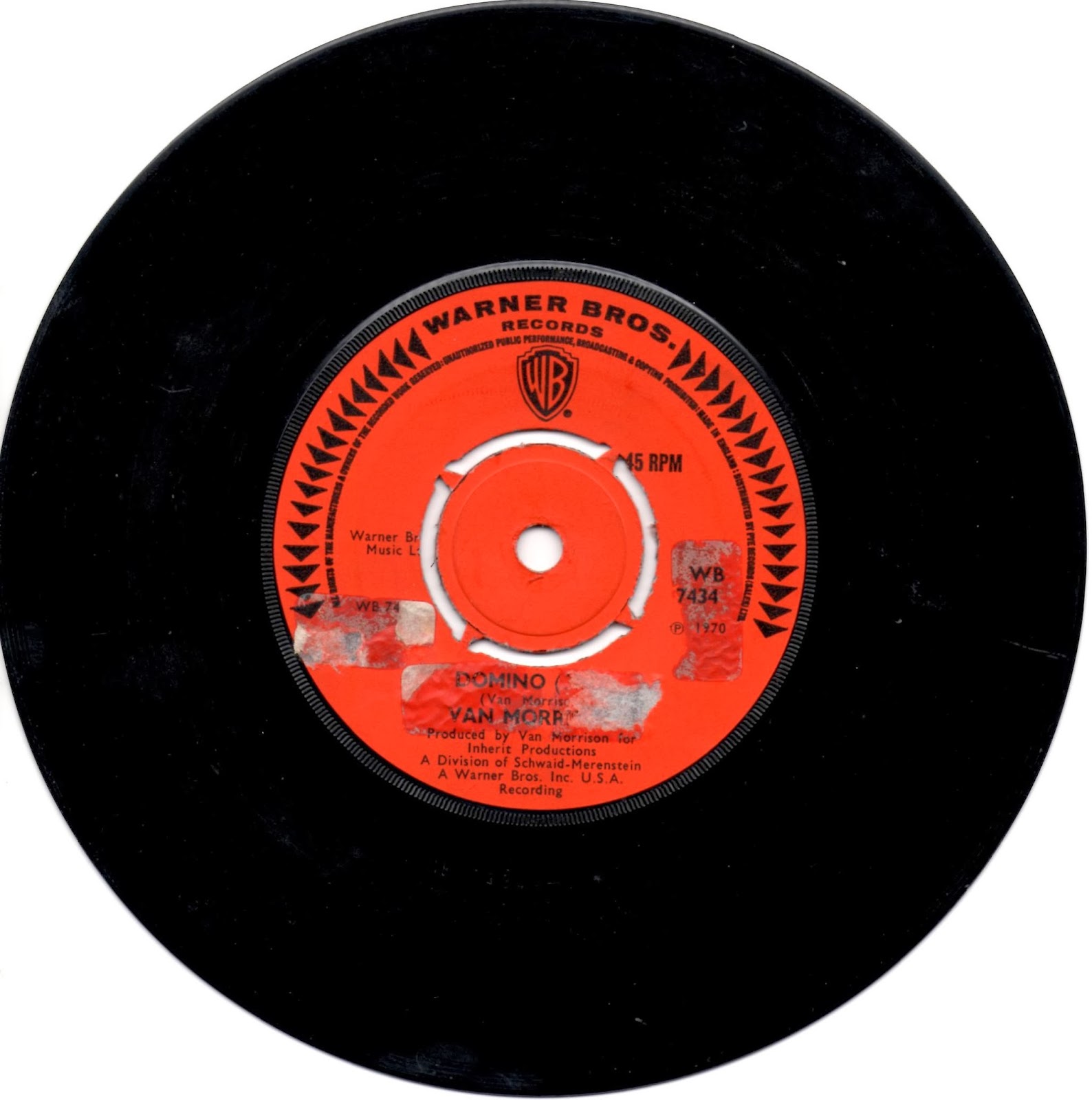 The A Side gives you "Domino" the opener from Van yer Man's 'His Band And The Street Choir' LP and slad bang in the middle of his Celtic Soul period.  It's a bit of a good one - and you can see why the N. Soul crowd picked up it - something that's pretty obvious when you see the state of the labels on this copy.  You can see where it's been covered so as to make it look like it's a real obscure track (which you could get away in those pre internet days of the early 70'), rather than who it actually was. 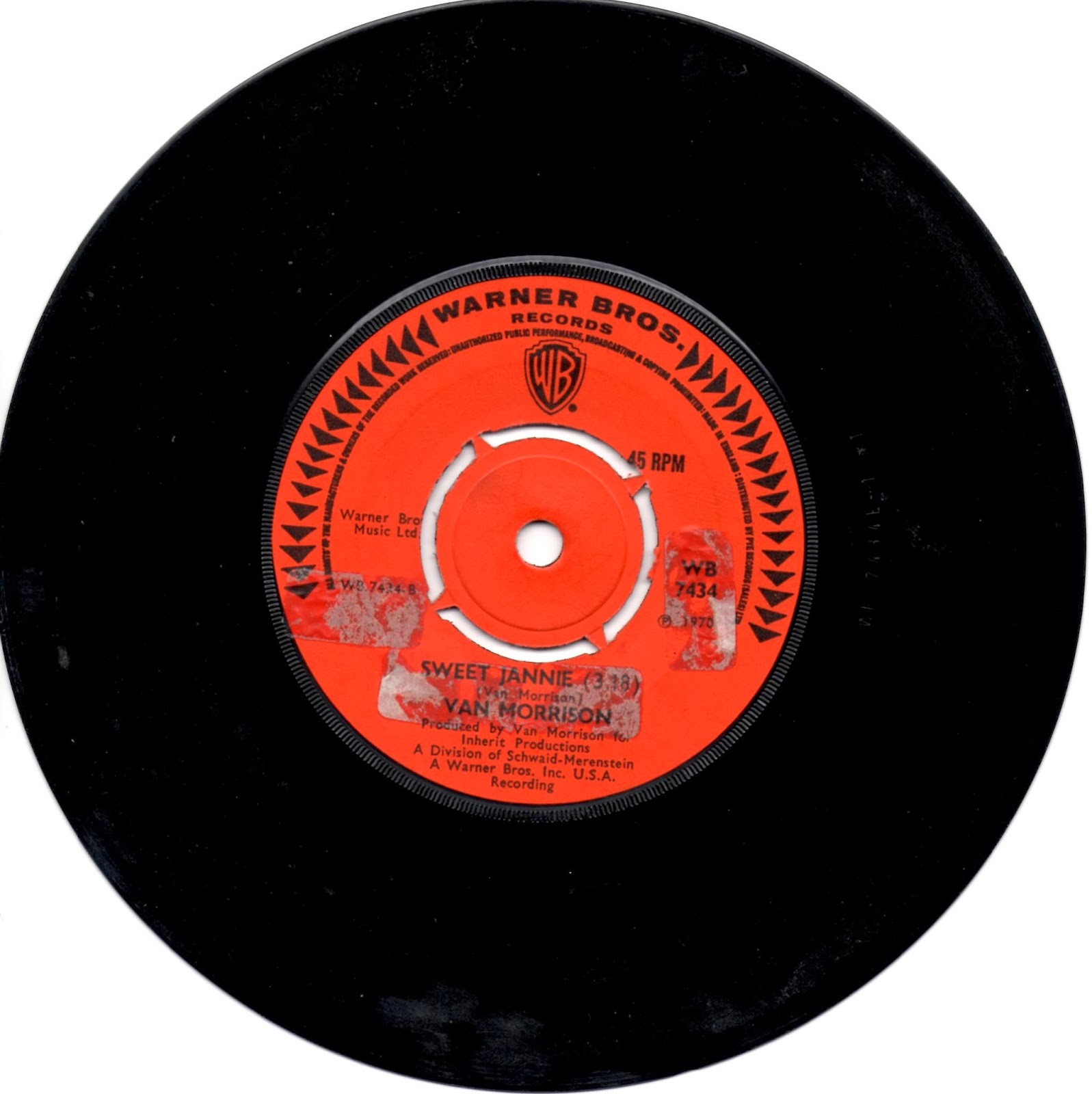 The flip side gives you "Sweet Jannie" - again from the parent 'His Band And Street Choir' set, and again another great bit of Van-styled Blue-Eyed Soul.  And again suffering from label damage - so again I'm assuming that had been picked up for plays at the Northern nights.  Presumably when the DJ's got bored of the playing the A Side.
Posted by BrianW at 07:39