SOMETHING FROM SWINDON'S FINEST 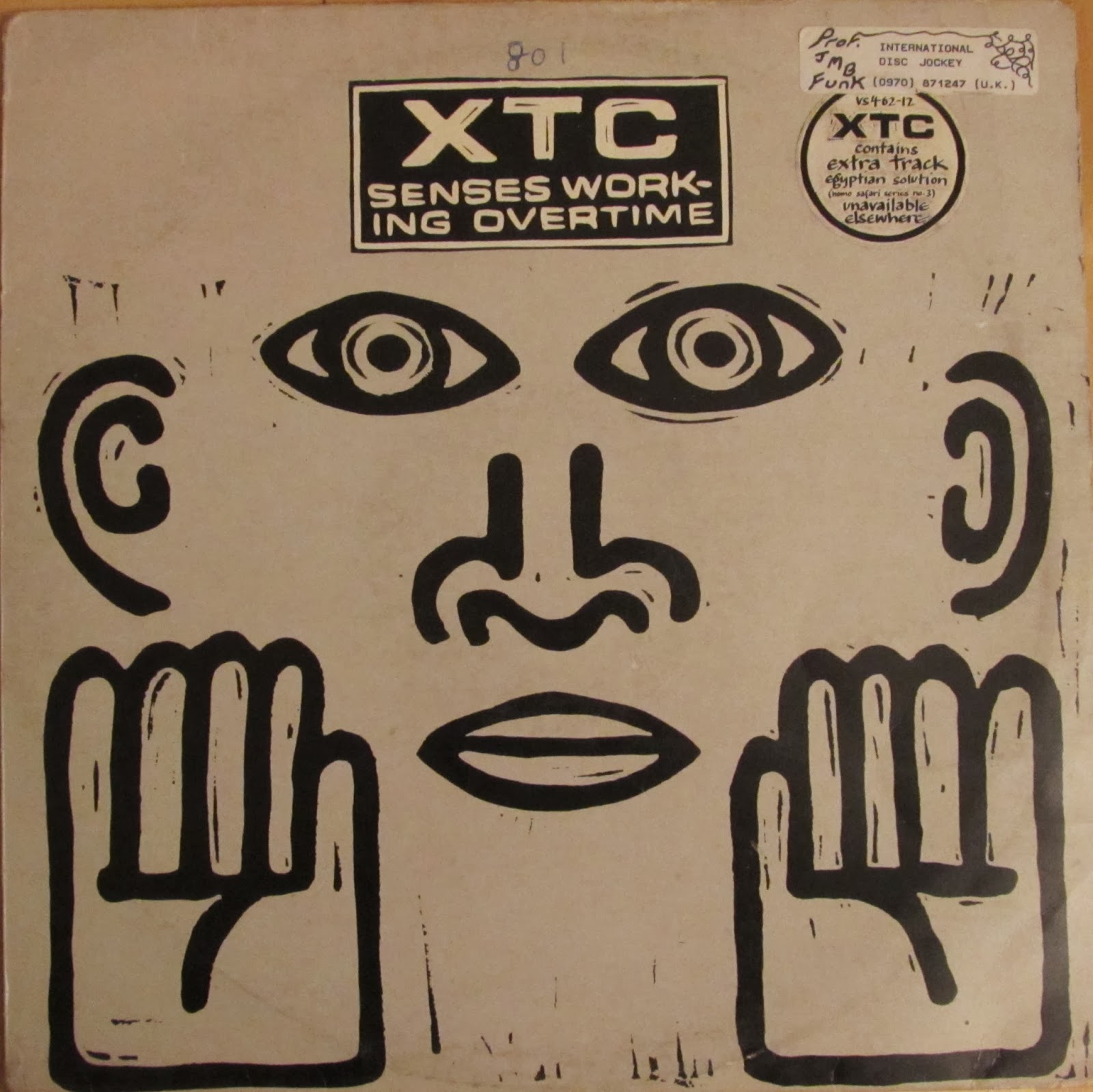 Focusing today on this 12" EP from Swindon's finest - XTC, and their 1982 classic "Senses Working Overtime".  They're one those British groups that seem have been more popular in the US than they were over here, which is a bit of a shame as Andy Partridge and co had a lot more going for them than the hits you're maybe lucky enough to hear on the radio.  The lead track being a case in point - "Senses working Overtime" is a great tune with all the inherent quirkiness that you tend to associate with this band (check out what they did to 'All Along The Watchtower in their debut LP for further research).  Next up is "Egyptian Solution (Homo Safari Series No. 3)" which is a case in point - instrumental electronica that sounds like it's more at home on a David Byrne, Brian Eno or Jon Hassell album from this period - and rather good it too - so go and check it out! 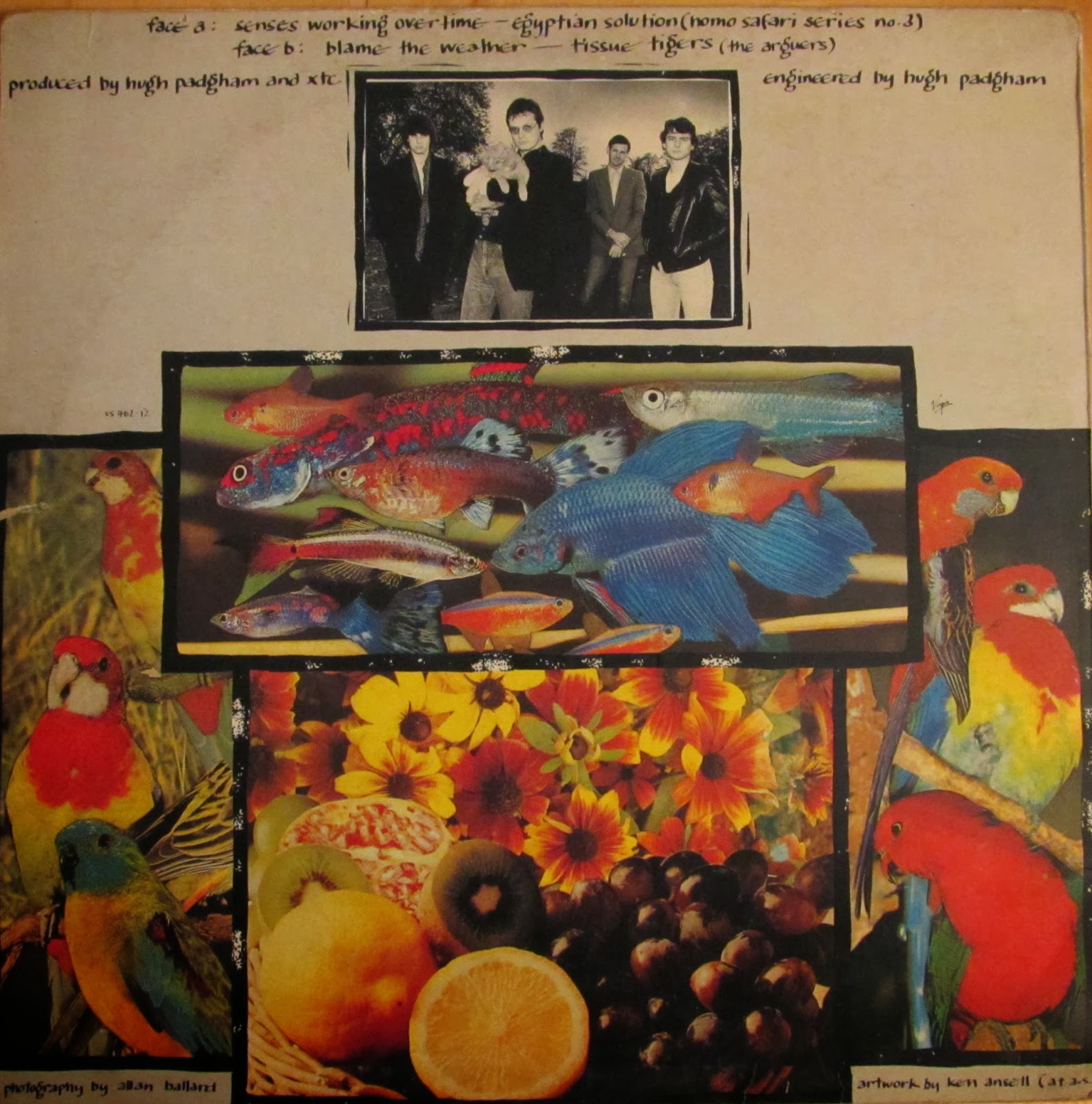 Side Two's opener gives you "Blame The Weather" (an apt title for what we're currently experiencing here in the UK!), which is more in the traditional XTC style - ie it's got vocals on it and played traditional instruments, and the catchy choruses that Andy Partridge is at good at coming up with, and with a nice bit of guitar work on the fade.  The proceedings are rounded off with "Tissue-Tigers (The Augers)" - which to me at least has more in common with their stuff from the late 70's - with a nice choppy rhythm and structure, and one of those tracks were you can see the influence on the US indie bands that emerged in the mid 80's - early R.E.M. comes to mind.  Worth a listen to see what you think - and as with the other tracks available somewhere on there on the web.