Carrying on the with Soul stuff issued in New Zealand - today's post features The Ad Libs wonderful debut from 1964, released on Leiber & Stoller's Blue Cat label - and via Pye in the UK, as well as in New Zealand where this copy originated.  And from the record library of New Zealand's equivalent of the BBC! 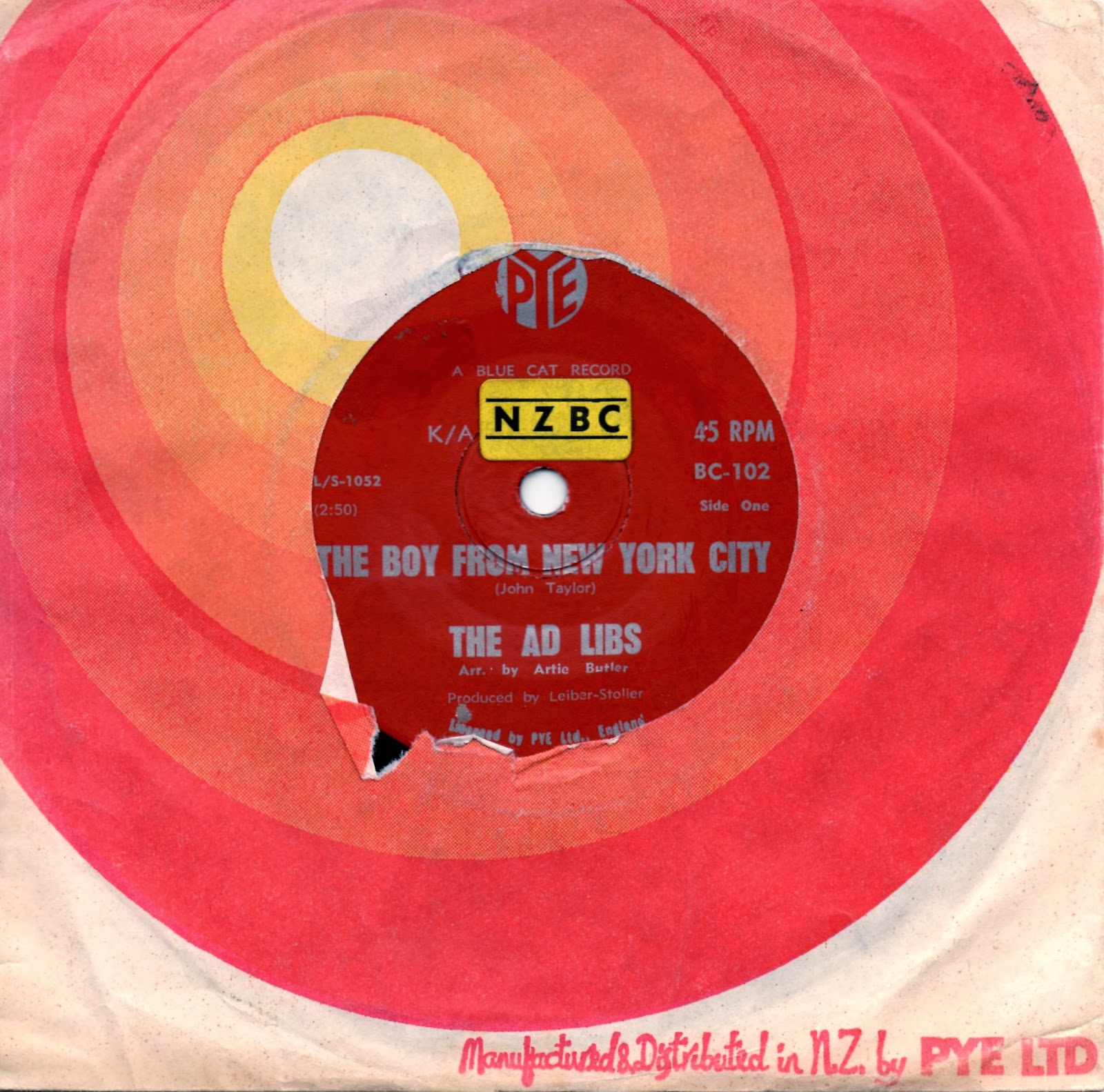 The A Side is the downright brilliant "Boy From New York City" with a suberb lead vocal by Mary Ann Thomas. What I really love it is the way it weaves in elements of Doo-Wop into the background the belting souful lead vocal. And it's one of those tracks that typifies the emerging Girl Group sound of the mid 60's. See The Shirelles output for further fine examples of the genre! 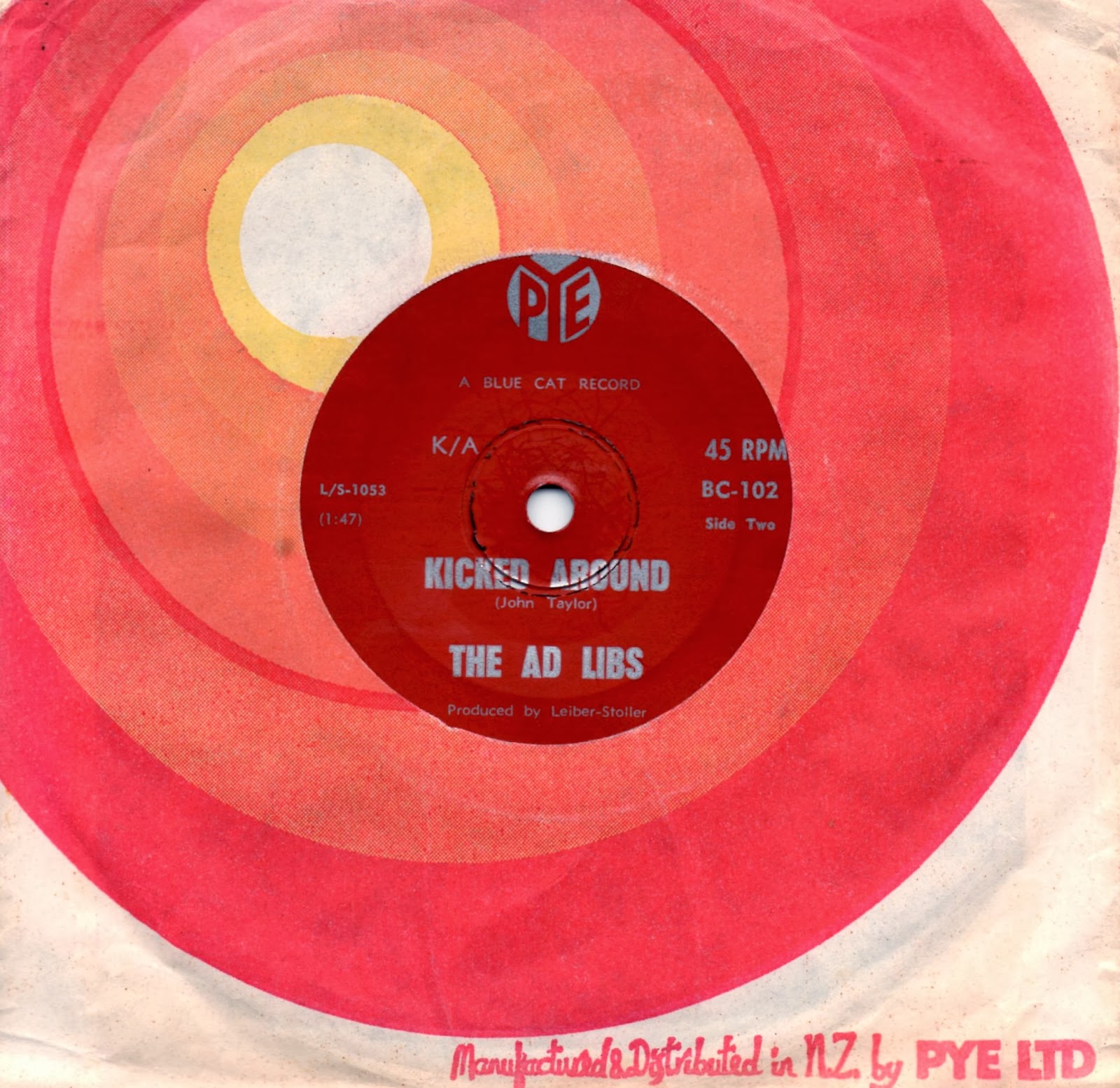 The flip side gives you "Kicked Around" - another good tune, this time with a more jazzy vibe to it. It's one of those tracks that's indebted to the Shirelles, and Mary Ann Thomas does sound a lot like Shirley Owens on this.  But given that Lieber & Stoller were also writing & producing stuff for the Shirelles around this time maybe that should come as that much of a surprise!
Posted by BrianW at 06:05