HANGING ON TO THAT DREAM

Artist: Tim Hardin; Title: HANG ON TO A DREAM; Label: VERVE-FOLKWAYS;
Format: 7"; Cat. No.: VS 1504; Year; 1966; Country: UK
Looking today at this 1966 debut from one Rock's lost souls - Tim Hardin. Released on Verve's Folkways imprint this features two achingly beautiful but ultimately hopeless songs, that in a way typify this singer's tragic life and the seemingly constant battle with drugs - in particular the big H. 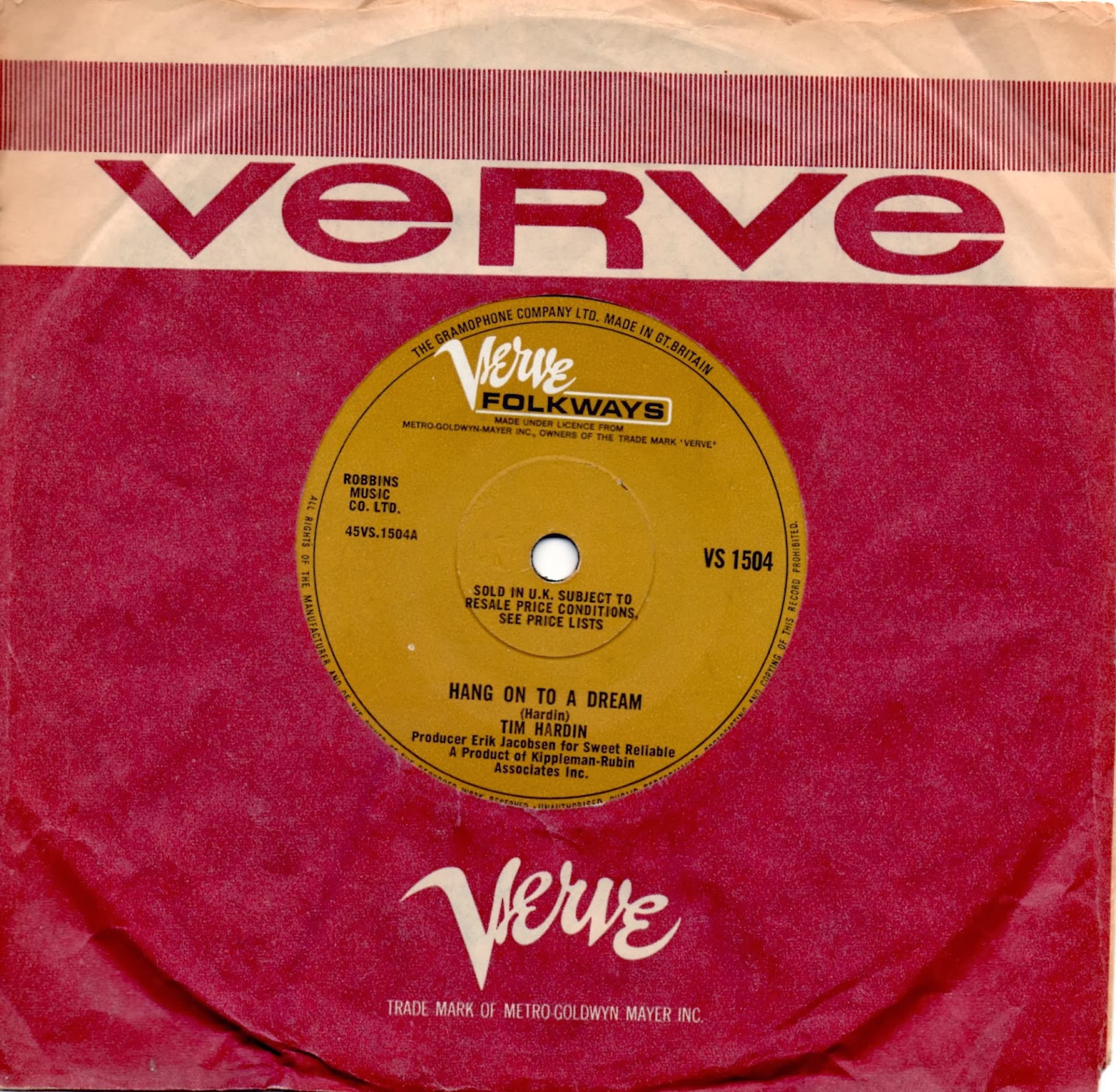 The A Side gives you "Hang On To A Dream" - opening with a simple bit electric piano before developing into a waltz tempo.  A really great song - and one that caught the ear of Francoise Hardy who cover it on her 'En Anglais' set released in 1968. 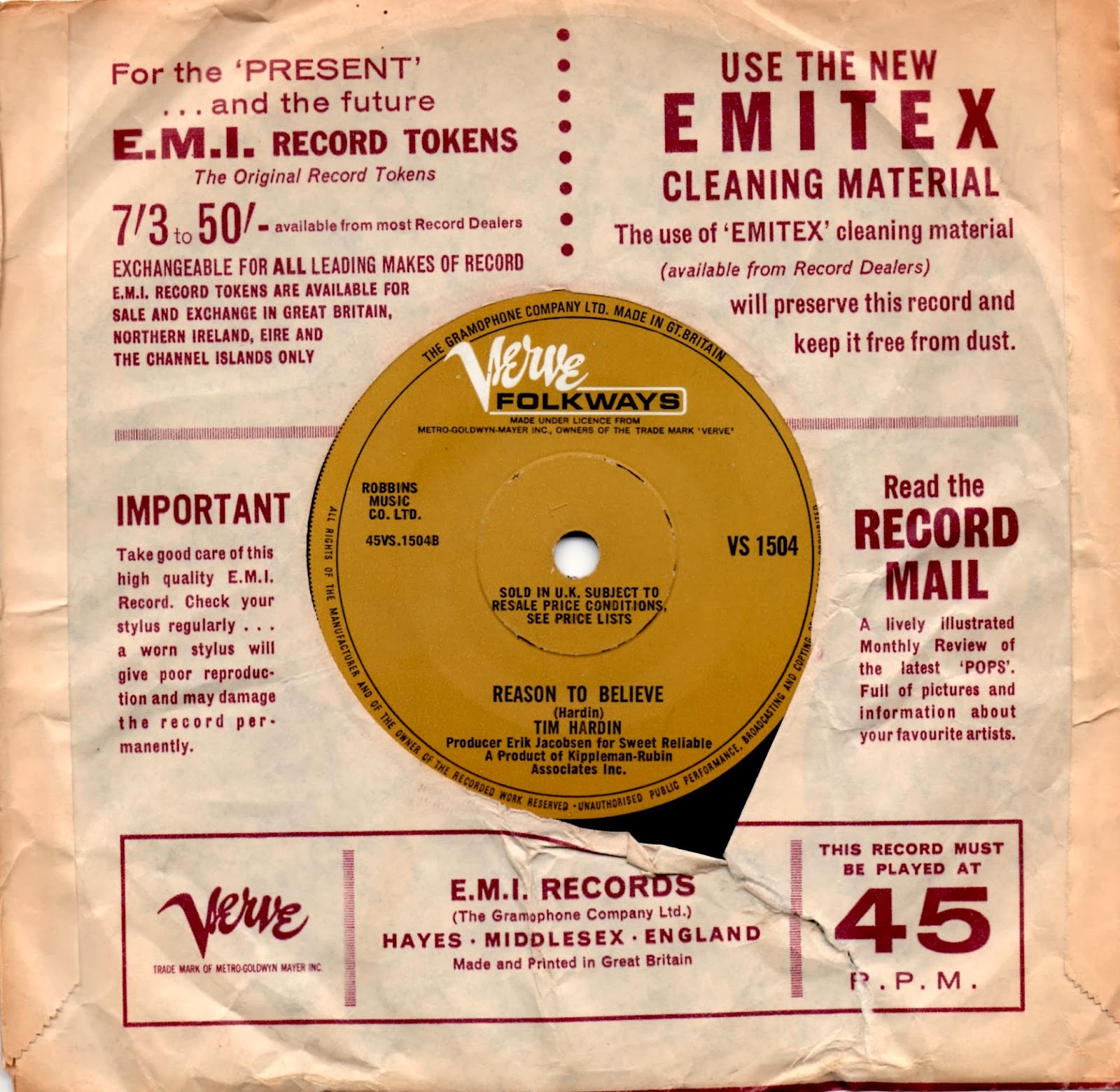 The flip side gives you the song that Tim Hardin's probably best know for "Reason to Beleive".  Like a lot of people I came to this via the Rod Stewart from the mid 70's, and it's always interesting to hear these songs done by the original artist.  One thing that's immediately apparent is how short it is (like the A Side) and the other is the Country tempo.  One other I remember hearing was that Rod tried to help out being a fan of his music- and had him as support for one of the Faces tours. However by that time (I'm guessing this the early to mid 70's) the heroin addiction had really taken hold - with the inevitable results.
A sad end.